In these times of unrest, both in the U.S. and globally, it’s hard to imagine the majority of people agreeing on anything. Yet our annual surveys – which over the last five years have reached nearly 100,000 people – consistently show that the American people agree about one very important thing: The role and responsibility of big companies.

In short, people want the American Dream back. And the institutions of free market enterprise are starting to listen.

This week, the Business Roundtable, which represents the largest and most influential companies in America, put out a new Statement on the Purpose of a Corporation, committing to a new ethos in which the purpose of a corporation is to benefit “all stakeholders – customers, employees, suppliers, communities and shareholders.”

It is a move of historical significance, a throwback to the days of Henry Ford, when industry leaders believed the health of a company was tied to the health of communities in which it operated and the prosperity of its workers. Ford knew that his workers were his customers, and believed for his company to be successful, they had to be able to afford his cars. His company was the largest employer in the U.S. for decades, and his approach influenced a generation of future business leaders.

From the 1940s through the 1970s, this approach to free-market capitalism propelled one of the greatest expansions of social mobility and economic growth for our nation. The original Johnson & Johnson credo from 1943 – that the company worked to optimize the interests of customers, employees, communities, as well as its shareholders – is just one example of this approach in action. Likewise, the opening pages of the 1964 Annual Report for General Motors, at the time the largest corporation in America, evidence a company recognizing the value being created by and for all its stakeholders.

So what happened? As Ford Foundation President Darren Walker recently explained at the Aspen Ideas Festival, “the economy was redesigned with the set of incentives that we have today.” In 1970 economist Milton Friedman wrote his infamous treatise for The New York Times Magazine entitled, “The Social Responsibility of Business is to Increase its Profits.” While the piece itself contains plenty of nuance, the title captured the hearts and minds of CEOs, boards, and investors, and became the mantra for an era of short-term, profit-maximizing, winner-takes-all capitalism that has dominated our economy for the last 49 years.

For investors, Wall Street, and the corporate management class, the wealth creation effect has been unparalleled. But we also have a Gini coefficient and income inequality levels of a developing country. Eight families have as much wealth as half of humanity. And of all of the wealth generated in 2017, 82% went to the richest 1% of the global population. As many now recognize, this system is no longer sustainable.

Fast forward to this week and the Business Roundtable announcement. In the accompanying press release, the organization’s Chairman, Jamie Dimon, stated that the “American Dream is alive, but fraying,” and that corporations need modernized principles that “push for an economy that serves all Americans.” These views echo those of many other business, finance, and political actors across the ideological spectrum who understand that such fundamental change is needed. Like the Business Roundtable, these leaders, and their organizations, are committed to centering business and finance on the noble purpose of serving all of free market enterprise’s beneficiaries. They know that a more just, inclusive, and moral form of capitalism must emerge if capitalism itself is to survive.

The good news here is that there is a significant and credible body of independent research to support the case that this approach is also better for business. Our own work consistently shows that companies that invest in worker pay and well-being, treat customers fairly, produce beneficial products and services, reduce their environmental impact, and support the communities in which they operate, invariably outperform their peers in the market.

In the coming months and years, those who believe in the fundamental good of free market enterprise must set about reconstituting our economic system so that it matches the next generation’s vision of capitalism and creates prosperity, innovation, and success for everyone. Companies have a decisive role to play in this transition. The new Statement on the Purpose of a Corporation is a great step in the right direction and we applaud the Roundtable for its leadership. 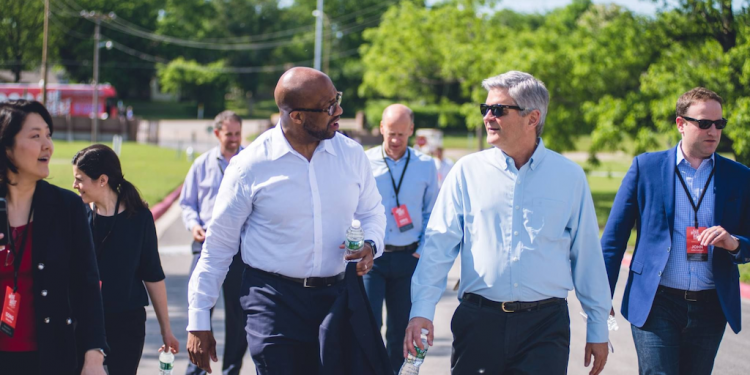