Retailers employ nearly 6 million workers in the U.S., but only around 15% make a living wage for the counties in which they work.

Living wage was identified as being one of the most important components of just corporate behavior according to JUST Capital’s survey of over 50,000 Americans.

A living wage is defined as the income needed to pay for a family’s living expenses (housing, health care, child care, and transportation) in a given county. Since there is no universally accepted definition, JUST Capital adopted MIT’s calculation of a living wage that uses a census-based representative family unit consisting of two adults (one working full-time, one working part-time) and one child. The salary needed to make a living wage varies from $14.11/hour to $22.58/hour depending on which county people live in. 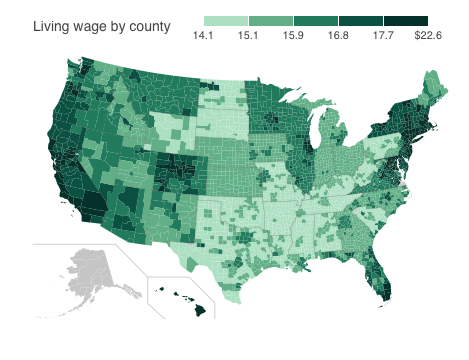 What Percentage of Retail Employees is Being Paid a Living Wage?

JUST Capital’s living wage analysis of the Food & Staples and the Retail industries covers the 47 largest retail companies. These companies operate over 117,000 stores and employ nearly 6 million Americans. The best performing companies include Sysco in the Retail Food and Staples sector and Carmax in the Retail sector. However, the real story is that across these industries and companies covered as a whole, only around 15% (883,000) of total employees earn a living wage in the county in which they work.

In order to determine the percentage of employees at a company being paid a living wage, JUST Capital first calculates wage estimates by title for all employees using multiple sources, including H1B visa data as well as over 1.2 million salary reviews from our partners at Glassdoor. Once these company level wages estimates have been created, JUST Capital then compares these wage estimates to the county level living wage to determine the percentage of total employees that earn more than a living wage. 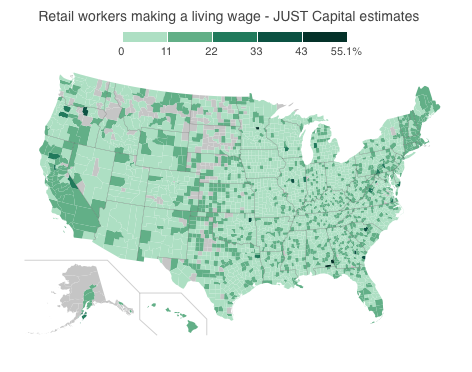 This piece was originally published on Forbes. 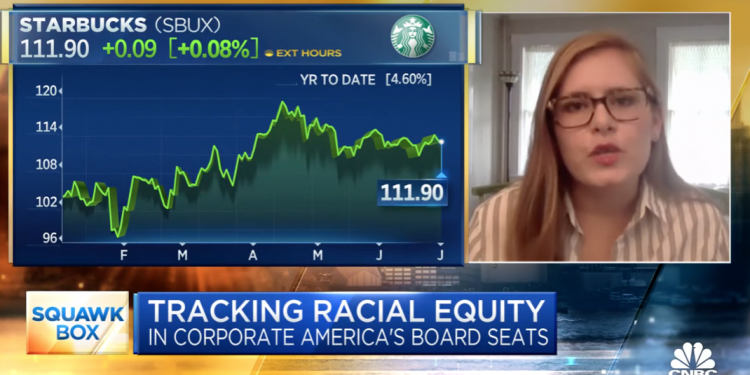