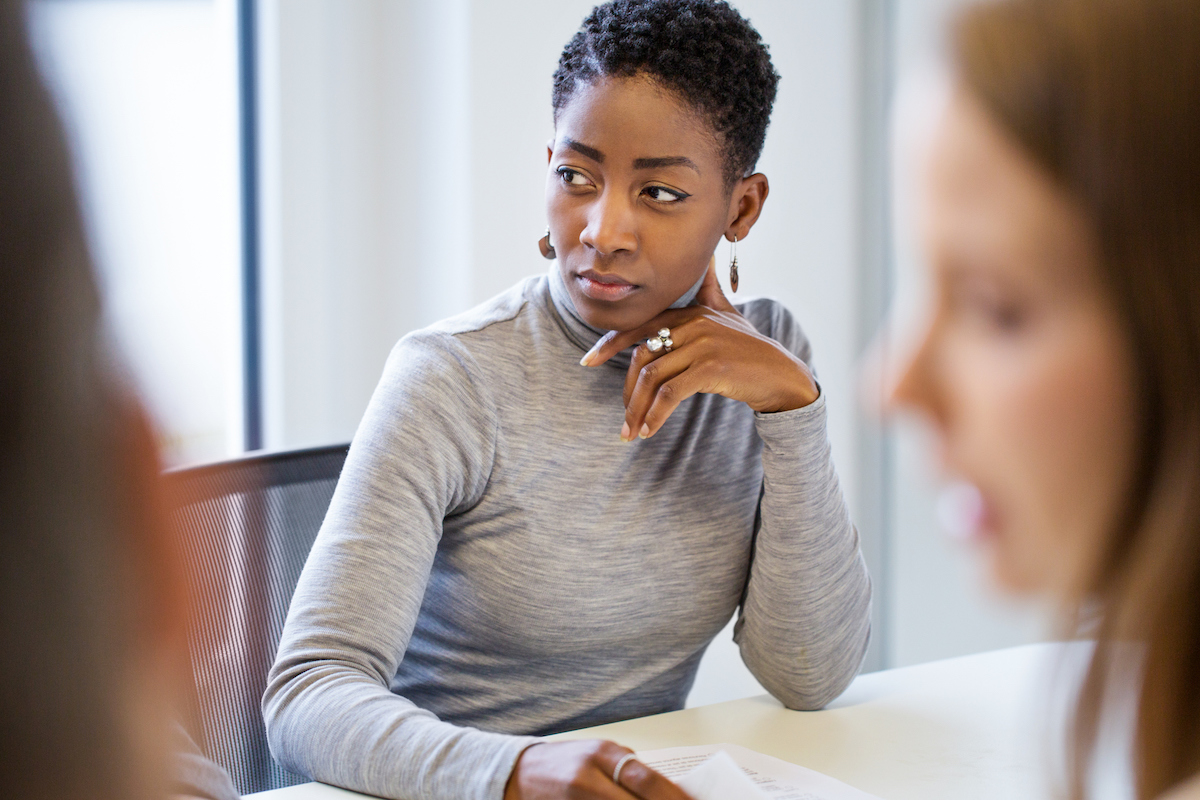 When Ella Bell Smith and Stella M. Nkomo first published “Our Separate Ways” in 2001, it was a groundbreaking investigation into the ways the glass ceiling hadn’t broken the same way for white and Black women in corporate America. Twenty years later, Smith and Nkomo knew the book’s publisher, Harvard University Press, would be interested in a follow-up. The thing was, Smith told JUST Capital, the results had barely changed over the past two decades. “It seems like the book is more appropriate now than it was 20 years ago,” she said.

Smith is now a professor at Dartmouth’s Tuck School of Business and Nkomo a professor at the University of Pretoria, and both have consulted with business leaders of some of the world’s largest companies. Earlier this month they re-released “Our Separate Ways” with a new preface and epilogue that places it in the current moment. They told us that while the slow progress since the first edition and a stronger backlash to DEI among certain people can feel disheartening, they are hopeful that the momentum in the wake of George Floyd’s murder can compel companies to make systemic change.

We discussed some of the ways business leaders can make this happen.

Take an intersectional approach to DEI.

Smith and Nkomo told us that while it is worth celebrating the rise of Black women into prominent corporate positions, such as Thasunda Duckett into the role of TIAA CEO and Mellody Hobson into the role of Starbucks chair, they note that the overall numbers have barely budged since they first began their research. They pointed to last year’s Lean In and McKinsey report, “The State of Black Women in Corporate America,” which noted that “while African American women make up 7.4 percent of the US population…only 1.6 percent are in VP roles and only 1.4 percent are in C-suite positions,” and named “a lack of sponsorship, racial and sexual microagressions, isolations, undermining of their authority, and a lack of visibility” as barriers. Smith also noted how companies continue to deal with comparatively higher levels of attrition for Black women due to these same reasons.

She said that even today, too many business leaders “still don’t look at the differences that men experience versus women” and “still lump women of color together with white women.” As in 2001, siloing “women’s issues,” “Black issues,” etc. within a company can skew reality. To begin overcoming this, Smith explained, companies need to conduct and release pay equity analyses on an intersectional level (taking into account race and gender), and be deliberate in their support.

Build a talent pipeline, but do not overlook support for existing employees.

Expanding recruitment as a means of diversifying has been discussed for so long that best practices around it should be easily accessible at this point, Smith said. Problems can arise when that is seen as a solution unto itself.

Nkomo said that she and Smith found both in the ’90s and today that often when companies tout new diverse recruitment efforts, existing minority employees ask, “Well, what about us? We’re already in the company.” Instead of “parking” these employees (i.e. once they’re in the company, a diversity obligation has been met), it is necessary to ensure that development and sponsorship across demographics are built in to avoid the ceilings on progress to higher levels in the company.

That said, Nkomo noted, not all employees want to rise to the upper rungs of a company, of course, but the follow-through after recruitment is as important to retention on a horizontal basis as it is vertical.

Create means of accountability that end cycles of progress and backtracking.

Smith said that often when she speaks to leaders at companies who are motivated to bring ambitious DEI initiatives to their organizations, they speak as if they are charting new ground – when the truth is that previous generations of leadership there had the identical mindset.

Because matters of diversity and inclusion have typically been kept separate from core business strategy, even the most ambitious projects are traditionally tied to individual leaders or sets of them. And so when even the most well-intentioned CEO leaves, for example, it doesn’t take long for those in the company to revert to business as usual, leaving DEI goals to be rediscovered down the line.

If a company is serious about running an organization with equal access to opportunity, it needs to see that as part of its core operations and create means of accountability that exist regardless of who is in charge.

Consider change at the middle management level as important as at the top.

Smith and Nkomo acknowledge that corporate leadership has become far more aware that companies without barriers to development and with a variety of voices at the highest levels can outperform their peers, but that it can be easy to fall into a trap of thinking that diversity in the C-suite and board along with a DEI advisory committee will be sufficient. They’ve found that most of the most stubborn roadblocks occur in middle management.

“It is really hard for the guys and gals at the top of the organization to really influence unless there is accountability,” Smith said. “And that’s an important word here: accountability.”

That is where means of standardizing and tracking data around diversity comes in. Both researchers also noted that, especially in the levels of the company below leadership, DEI goals shouldn’t feel like a “punishment” on white workers, or be presented as if a lunch and learn on Black history, for example, will suddenly take care of roadblocks. Instead, it’s critical to present these initiatives for what they really are – a way for the company to grow because all of its workers have the opportunity to fulfill their potential and a diversity of perspectives and ideas will enhance its services and products – and they the path toward achieving them is built on authentic human relationships.

Don’t wait for the government to step in.

Smith and Nkomo both believe that “radical, systemic change” is the only way to break the long-standing stagnation of corporate racial equity work, but also that companies are in a position to lead.

For example, states like California and Illinois have passed board diversity quotas similar to those in Europe, and SEC chair said that the agency is considering human capital reporting standards for issues like demographics and pay gaps – but many companies still have free reign to determine what accountability looks like.

“It’s not what they were developed to do, but this is the one time when companies will probably have to have the courage to take the lead and the courage to speak up,” Smith said. “I’m hoping it is, because it would help stir the pot to get other parts of our system moving forward.”

Bring in outside help.

Smith recommends leaders look to external consultants for assistance. “If you had the talent and the know-how inside, you wouldn’t be in this position.” These challenges have persisted because they are complex and difficult to overcome even for those who want to earnestly tackle them. They require investment in HR, DEI, and multifaceted organizational change. 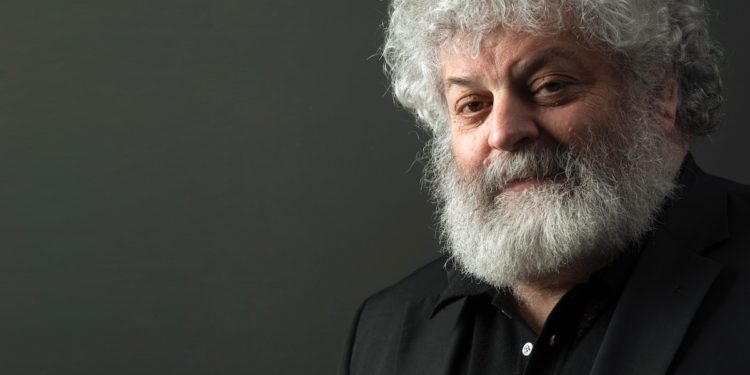 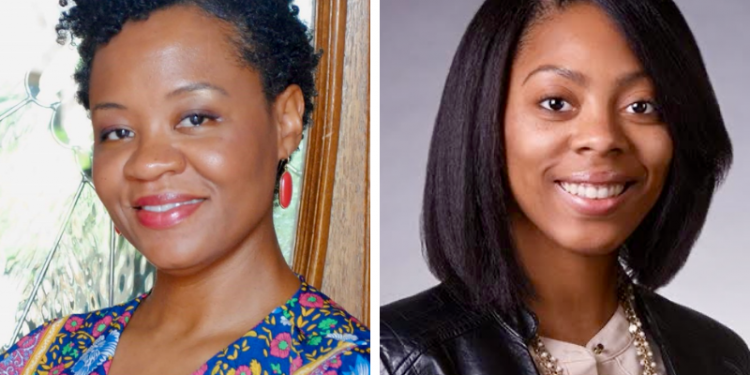 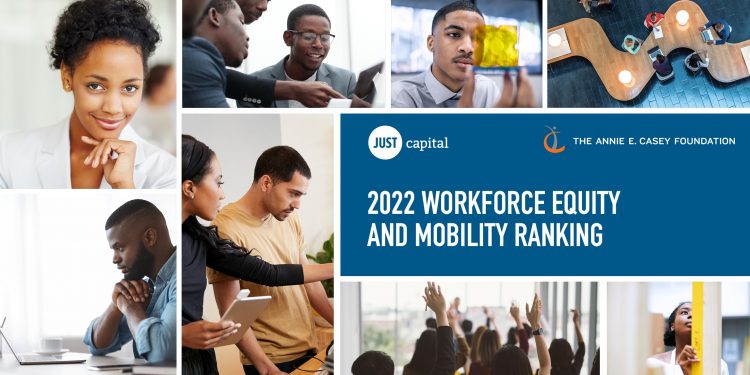 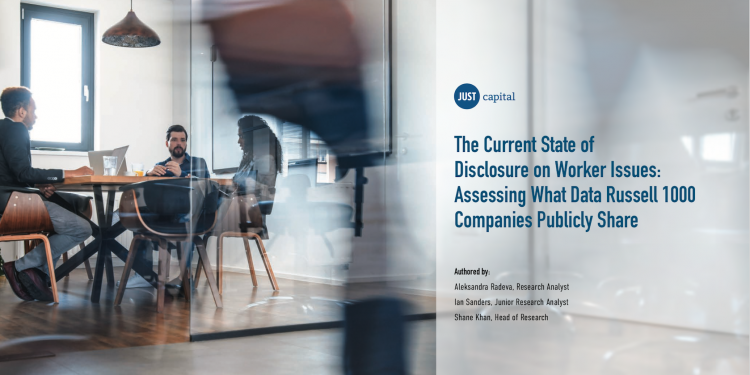 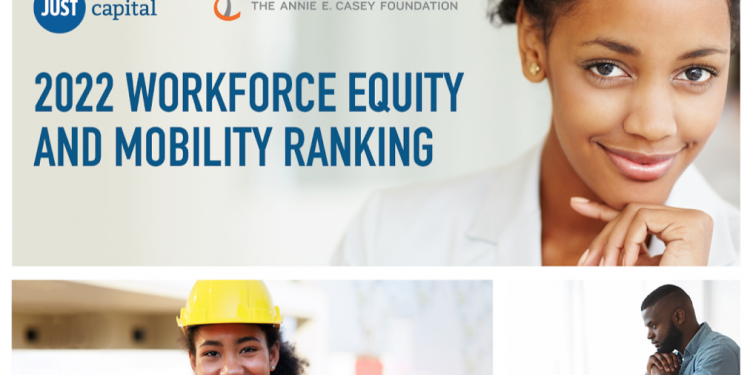 The JUST Report: Mobility and the American Dream