Two events this week highlighted the extremes of worker empowerment in America today. Once again, the defining social issues of 2020 – COVID-19 and racial equity – were the catalyst.

On one end of the spectrum, high-profile NBA players and teams from the WNBA, MLB, MLS, and more announced they would cease playing in order to protest the police shooting of a 29-year old Black man, Jacob Blake, in Wisconsin on Sunday. The national reckoning on racial equity remains a critical issue, and their actions have attracted widespread attention.

At the other extreme, the National Labor Relations Board (NLRB), in a series of five memos to their regional directors, decided that an individual speaking out about a company’s COVID safety procedure is not protected speech. This means that an employee can be fired for protesting the state of their company’s COVID-19 response even, presumably, if they feel their health is threatened. For a frontline worker in the middle of pandemic, this is obviously a major concern.

Our polling shows that the public increasingly expects companies to take a stance on societal challenges. It tells us that employee voice – the act of speaking up – is an important element of workplace culture. It is also clear that the relationship between companies and their workers continues to be the single most important stakeholder relationship a company has, both in the eyes of the public, and for long-term value creation. The SEC’s new requirement for public companies to disclose on human capital measures – another major development this week – is testament to this.

Employee activism on social issues is part and parcel of being a just company. It shouldn’t matter if we’re talking about an NBA star, a line worker or a cashier – the ability to create space for workers to speak up on social issues is table stakes in the stakeholder economy.

American Airlines plans to lay off more than 17,000 workers because of plummeting travel demands.

Bank of America commits to paying for back-up childcare through the end of 2020.

Salesforce announces that employees will be able to work from home until August of 2021.

Target unveils a racial equity plan for the company, including a $10 million pledge to advance social justice in its communities, and creating the REACH committee for developing internal actions the company can take.

Our editorial director, Rich Feloni, sits down with Jim Tankersley to talk about lessons from his new book, “The Riches of This Land.” Read how the post-World War II economic boom was powered by the lowering of barriers for women of all races and non-white men, and that an inclusive, worker-centric approach to business is the way to once again capture some of that growth and benefit all Americans.

Denise Hearn argues in Responsible Investor that investors’ interests may not always be aligned with those of society and showcases JUST performance data in The Strange Success Logic of Stakeholder Capitalism.

With layoffs increasing across a variety of industries, The New York Times shines a light on often-overlooked job sharing programs, and CNBC reports on how average CEO pay climbed to over $21 million for the first time in 2019, and could rise higher in 2020.

The Wall Street Journal looks at how COVID-19 is expanding inequalities for workers between those who can work from home and those who can’t. Related, New York Magazine highlights the disparity between mass unemployment and that many U.S. households are richer than ever.

In our latest Chart of the Week, we explore the risk profile of companies and show that just companies have less volatility overall. 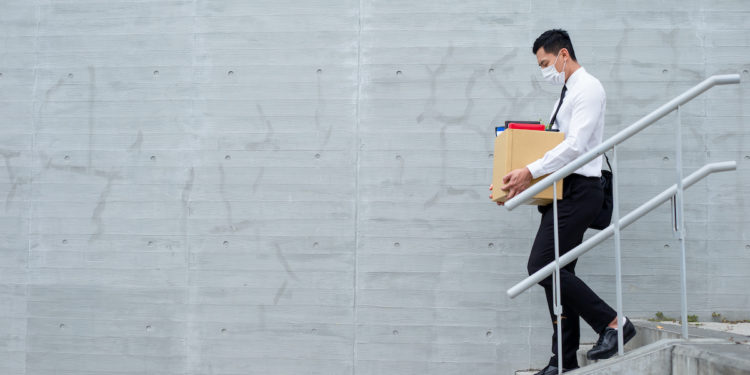