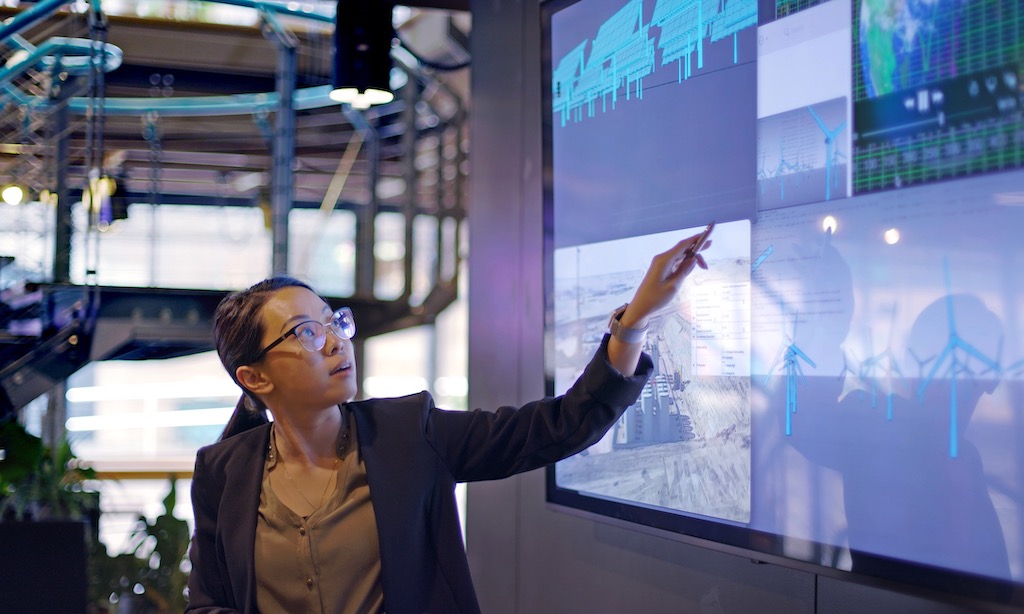 Ahead of the 27th Conference of Parties (COP27) in Sharm el-Sheikh, Egypt, the world is looking for evidence of genuine progress in emissions reductions. A recent United Nations report found that a large majority of countries are falling short of their reductions commitments under the Paris Agreement. Only 26 of 193 countries have stepped up their climate actions after promising to do so last year.

The private sector has always been a key player in the fight to curb climate change. In light of this news, however, possibly even more so. Non-state actors, like corporations, have become increasingly involved in conversations, particularly around emissions reductions and green technologies, and are sure to be significant topics at COP27. The increasing need for companies to demonstrate how they are doing their bit to measure and manage their carbon footprints and the associated risks has sparked a surge in public corporate climate commitments.

Corporate commitments to reducing emissions come in many forms – JUST Capital tracks four different approaches, Net-Zero by 2050 and Science-Based Targets to name a few. Each vary greatly in their composition and employ many strategies to reduce and mitigate emissions based on a company’s business model. That includes carbon pricing.

Carbon pricing, or putting a price on emitting one metric ton of carbon, has emerged as a market-based strategy to measure and manage carbon emissions. As the number of governments considering carbon pricing mechanisms grows, companies must begin to account for the monetary estimates of their carbon price risk. And while there is not yet a global carbon price, CDP estimated over 2,000 global companies representing more than $27 trillion in market capitalization disclosed the use of an internal carbon price last year.

In an exercise to understand how carbon pricing may affect the emissions reductions goals of some of the top companies in JUST Capital’s Rankings of America’s Most JUST Companies, we collaborated with colleagues at the Harvard Business School’s Impact-Weighted Accounts (IWA) to run a unique modeling exercise. With a carbon pricing model factored in, what might progress (or lack thereof) toward these targets look like in regard to overall company financial savings or costs? If companies deliver on corporate climate commitments they are poised to create significant savings – and if not, they could be exposed to significant carbon pricing risk.

Carbon prices vary widely. For example, Harvard Business School’s Impact Weights Accounts’ (IWA) valuation methodology, which is used in this analysis, estimates the cost to society of emitting carbon – otherwise known as the ‘social cost of carbon’ – as $113 per metric ton of carbon, which is more than the Biden administration’s price ($51) but less than the price estimated by federal climate policy research institute, Resources for the Future ($185).The Trump administration’s price ranged from $1-8. The median internal carbon price disclosed by companies in 2020 was $25 per metric ton of CO2, which is half the price of the Biden’s Administration’s price and one-fourth the price used in this analysis.

For this analysis we first identified JUST 100 leaders that have both a Net-Zero commitment (or better), and adequate emissions data to model their progress, which left us with a group of 43 companies. Our partners at IWA then modeled the absolute emissions trajectory and progress of climate commitments for these 43 companies using their environmental valuation methodology to produce the associated savings/costs of reducing/emitting carbon. The companies span 18 JUST Capital industries and account for approximately 30% of the market cap of the entire Russell 1000.

The scale of potential financial risk for companies who do not meet their climate commitments, and the cost savings for those who do, are substantial:

While these reductions are encouraging, just four companies (Vistra Corporation, American Electric Power Company, AES Corporation, and Entergy Corporation) make up nearly 80% of the total annual carbon emissions of these 43 firms and are responsible for 71% of the total emissions reductions measured. All are members of the Utilities sector – an environmentally intensive industry, which has received significant scrutiny around carbon emissions over the last few decades.

The analysis also illuminated another significant insight: cloud-computing and tech companies – frequently heralded as environmental leaders – have seen emissions rise over the years, signaling they have not devised strategies to decouple emissions growth from overall growth. For instance, both Alphabet and Microsoft have simultaneously emitted increasing amounts of carbon and purchased increasing amounts of carbon removal mechanisms to meet their climate targets. This does not imply that their targets are not meaningful, though these companies’ emissions are by nature less intensive than those of heavy industry, but it serves as an important accountability mechanism for these climate commitments.

The nature of Net-Zero commitments – when companies “take out” as much carbon as they emit encourages these types of purchases. To reach Net-Zero goals, many companies rely heavily on renewable energy use to remove carbon equivalent to what they emit, often in the form of Renewable Energy Certificates (RECs), which are market-based instruments that allow entities to purchase renewable energy that has been generated elsewhere. These Certificates and other carbon credits are an additional cost, and combined with the cost of emitting using a carbon tax, it becomes clear that setting a target that doesn’t involve serious emissions reductions can financially hurt companies.

Even further, if companies are relying too heavily on purchasing these market mechanisms and not reducing their emissions, there is a risk of prioritizing cheap RECs or offsets and sacrificing quality. The offset market has been under scrutiny in recent years over the reliability and verifiability of these tools that enable entities, like companies, to emit while still meeting targets. Translating emissions into currency – through carbon taxes or the cost of purchasing RECs/offsets shows us that emissions are expensive for companies, no matter what. Firms can avoid these costs by decoupling company growth with increasing emissions. This data shows that for the sake of the business and our planet, the only way to do that is to prioritize actual emission reductions.

How to Explore the Dashboard

The analysis studied companies with adequate amounts of publicly available emissions, offsets, and renewable energy data as sourced from annual sustainability reports and which have a climate commitment measured by JUST Capital. Only absolute Scope 1 and 2 (location) carbon emissions and targets are measured and modeled. The price of carbon used, US$113, applies the 3% discount rate of the IWA methodology. IWA modeling applies a constant yearly decrease in emissions dependent on publicly stated firm goals. All data was collected via public corporate statements, annual reports and sustainability reports.