Quality leadership is fundamental to a company’s performance. We’ve known that for a long time. But more recently, it’s become clear just how much the American public values ethical leadership practices.

In JUST Capital’s annual survey — which asks the American public what they care about most when it comes to business practices — Americans deemed transparent and honest leadership the second most important Issue overall (out of 29 Issues total). The public wants companies to act ethically and with integrity at the leadership level and to take responsibility for company wrongdoings.

While companies overall need to place a high priority on putting the right people with the right skills into leadership roles, individual leaders can — and should — take it upon themselves to evaluate their leadership qualities and look for opportunities to improve.

Neil Jacobs, founder and principal of MindsOpen, a New York-based business psychology and executive coaching firm, has more than 25 years of experience working with leaders, teams, and organizations from a wide range of industries. In that time, he’s noticed a few common themes among his executive clients – missteps that can usually be addressed through feedback, personal development, and practicing new behaviors. The first crucial step is awareness.

Here are the top five mistakes Jacobs sees, plus how to address them to be a more effective, respected leader.

Mistake #1: You Lead by Doing, Not by Leading

Many managers and executives were promoted to leadership positions because they were stellar performers in whatever department or function they now oversee, Jacobs says. It’s hard for them to break free from that former role.

For example, one in-house general counsel that Jacobs coached was so used to being a great lawyer that he struggled to let go of those responsibilities once he became the leader. He needed to let the lawyers who now worked for him take over the day-to-day legal duties.

“Many leaders have perfected the muscle of execution — and they know how to deliver,” Jacobs says. “But that muscle has become overused at the expense of them developing other muscles, such as strategic or visionary thinking, influencing skills, and ideating.”

When you continually step in and take over projects and tasks that somebody else on your team should be doing and learning from, it ultimately hurts you and the team’s performance. The more the leader does in terms of taking over responsibilities, the less space and opportunity there is created for the people who work for you, and the less you grow.

How to correct: Leaders who find themselves always stepping in need to take a step back and reflect on what they want their leadership “brand” and voice to be within the organization. Then, consider what behaviors you need to demonstrate day in and day out to be known for those things. The real work is in instilling and adhering to those behaviors every day in the workplace.

“When a leader’s technical or functional capabilities are used as a crutch, it takes some bravery to kick away that crutch and to step into less-developed strengths,” Jacobs adds.

Leaders often assume people who work for them want to be told what to do and that being directive makes them a strong, motivational force. But this type of leadership approach often means glazing over problems and failing to ask insightful questions that can inform decision-making and ultimately make you a more empowering, effective, and influential leader.

“Leaders often don’t realize that using inquiry skills and asking questions is an important way of influencing,” Jacobs says. Moreover, leaders who don’t ask deep, rich, profound questions often jump to erroneous conclusions because they’re not gaining adequate insight into a situation, or they fail to get to the heart of an issue.

For example, a senior executive might be frustrated that a peer hasn’t sent them a promised document. They grouse about it to themselves and others or make assumptions about why their colleague hasn’t shared the report, but they don’t really understand the reason why. “Asking a question to begin the conversation – like ‘How’s everything with you?’ – can open up a valuable conversation about what’s really going on, while also building a more trusting relationship,” Jacobs says.

The reason the person hasn’t delivered the report may be that they don’t have access to the data they need or that they’re buried in work. Either way, knowing the reason can help any leader deal with the problem at hand.

How to correct: Every leader should spend some time thinking about their approach to influencing, which will naturally lead you to consider how asking questions may contribute.

Also, simply practice asking more questions. Make it a habit to spend more time in meetings asking questions until you get to the heart of the issue at hand.

It’s human nature for people to believe they know themselves well and have a keen sense of how others perceive them. But in reality, most people — including many leaders — lack true self-awareness, Jacobs says.

This is a problem because it means leaders may think their leadership style and impact is very different than it truly is.

“If you don’t know yourself, it’s hard to know what impact you’re having on others and the organization you’re trying to lead,” Jacobs says. “People often lead from a position of good intent, but the impact they’re having is different from what they intend.”

How to correct: Leaders need honest feedback — whether that comes from a trusted peer in the workplace or a coach. Find somebody who can observe you in action, like when leading a meeting, and provide candid insights into how you come across.

Jacobs says such feedback is often surprising to the leader, and for that reason, it’s incredibly valuable. “Someone I coach may say to me, ‘that meeting went really well, and everyone seemed really engaged.’ But I might have seen something totally different — a leader who was unassertive and did not deal with the conflict in the room and spent the meeting acting passive aggressively.”

Simply having a trusted person give you timely feedback on your leadership can make a world of difference.

Americans want a safe working environment. We know this from our annual survey results. Yet safety takes many forms — and psychological safety too often gets overlooked, Jacobs says.

“You need an organization of people who feel they can throw out any idea or challenge and not think they’re going to be berated, embarrassed, or ridiculed,” he says.

Some leaders have a habit of immediately critiquing or evaluating ideas, or letting others on their team shoot down ideas, discouraging people from bringing up new, potentially innovative, or outside-the-box concepts. “The leader might have a dominant personality, cast a big shadow over their team, and not even realize they’re constantly negating ideas,” Jacobs says.

This leads to a lack of fresh thinking and creativity, because people assume their ideas will be dismissed as too off-the-wall. Soon enough, the leader and perhaps a few team members are the only people who ever bring up new ideas.

How to correct: Work to foster an environment where proposing new ideas — however unconventional — is valued. This can be achieved by separating brainstorming sessions from idea evaluation sessions, Jacobs says.

“Have meetings where you say the sole goal of today’s meeting is to get as many ideas on the table as possible. We’re not going to be evaluating the ideas today.”

Even leaders who are great visionaries or strategizers can overlook a critical aspect of their role: creating a culture that connects to the company’s core values. Increasingly, employees are looking to work in organizations with a culture and values that are aligned with their own — and may not feel loyal to a company that fails to do this.

“All too often leaders forget about this or put it in the ’too hard’ bucket,” Jacobs says. “They might ensure that there is an annual employee engagement survey, but then they neglect to do anything with the results.”

How to correct: A good start is to prioritize culture building and, if the work hasn’t already been done, clarify the organization’s purpose, values, and desired culture. Once the desired culture has been clearly laid out, you can more directly align your strategy, vision, and goals with it.

You can introduce some clear, simple behaviors for people to follow that brings the desired culture to life, Jacobs says. “For example, an organization that prioritizes a culture of innovation could build a digital platform to collect and get feedback on ideas, rapidly prototype and test new ideas, and reward innovation,” he adds.

It also means holding individuals on your team accountable when they aren’t living or embracing the organizational culture.

The bottom line: When it comes to being a better leader, taking a step back to reflect and think more intentionally about your leadership style and voice can help immensely. Today’s most effective and respected corporate leaders often spent years working to improve their leadership skills — it certainly didn’t happen overnight.

To stay up to date on corporate leadership strategies and all the latest shifts companies are making to improve capitalism, sign up for our free weekly newsletter, The JUST Report, today!

50 Years After the Introduction of the ‘Friedman Doctrine,’ It’s Time to Create a New Capitalism 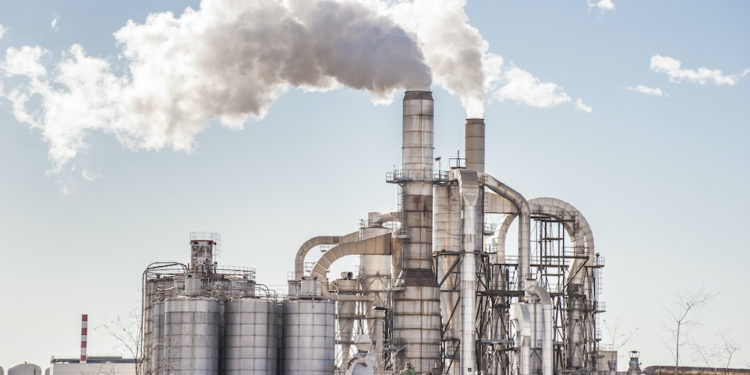 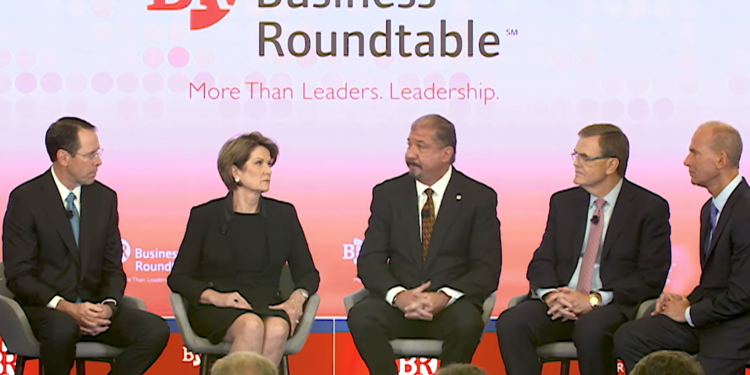 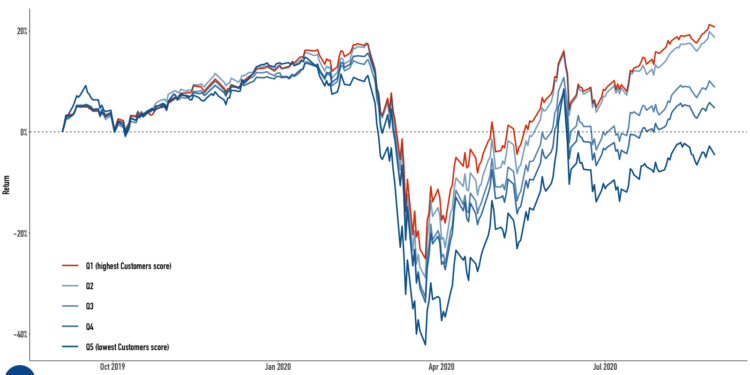 Chart of the Week: Companies That Focus on Their Customers Outperform Their Peers During The Recovery 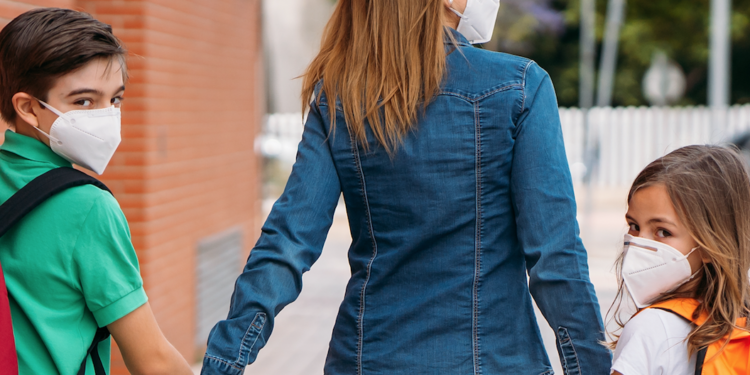 The JUST Report: An Unprecedented Back to School Season Is Revealing a Child Care Crisis

Americans Are Facing an Unprecedented Back to School Season. Here’s Why Companies Need to Help Solve the COVID-19 Child Care Crisis.