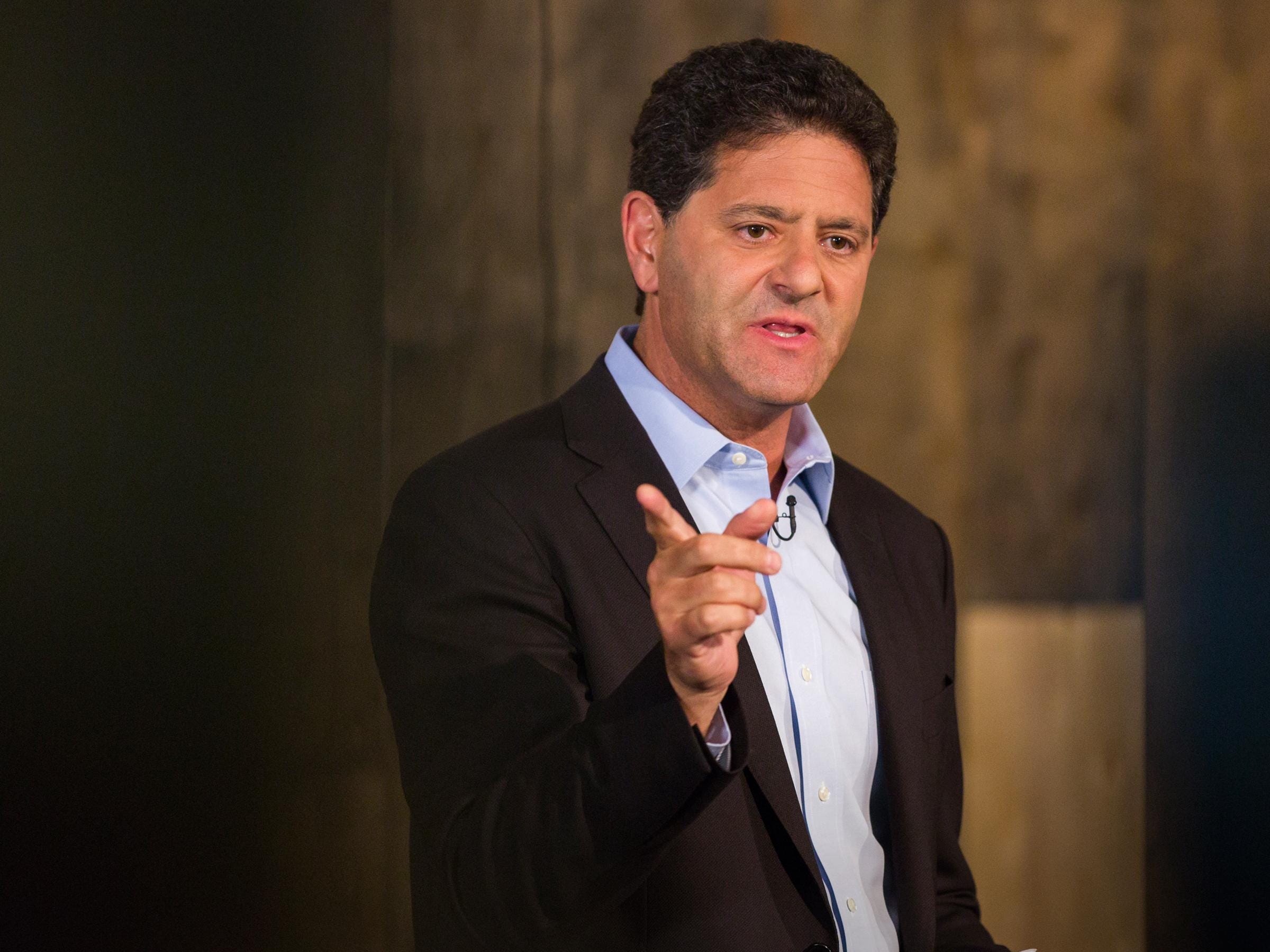 Nick Hanauer is the founder of the VC firm Second Ave Partners and the policy incubator Civic Ventures, and host of the “Pitchfork Economics” podcast. (Courtesy of Nick Hanauer)

For Nick Hanauer, the coronavirus crisis in the United States has only made what he’s long believed to be true that much more apparent.

Hanauer is the Seattle-based entrepreneur and venture capitalist who over the past decade emerged as an outspoken progressive activist through his policy incubator, Civic Ventures. He’s always clear to point out that he is a proud capitalist, and he’s not ashamed of his wealth – largely accumulated through an investment in Amazon in its infancy and the $6.4 billion sale of his online ad company to Microsoft in 2007 – but he is indignant over large corporations not providing their lowest paid employees with a livable wage. Several years ago, he successfully lobbied Seattle to raise its minimum wage to $20, and he’s since brought his work to a national stage.

Aside from running his popular podcast, “Pitchfork Economics” (a reference to pitchforks coming for the rich), Hanauer has had to put much of his work on hold during the crisis, but he said, if anything, he wishes he had become more active even sooner. “Nobody has been like, ‘You must feel really wrong now,” he told JUST Capital in an interview, laughing.

Hanauer is unabashedly partisan, and spent a good portion of our call railing against President Donald Trump. But he has an enemy that goes beyond a single presidency, and that is neoliberalism. It’s a name for the free market ideology championed by the Chicago School of economics and implemented under President Ronald Reagan in the 1980s, and has thrived under both parties for the past 40 years.

For Hanauer, the U.S. will not be successful for anyone, whether a wealthy businessman like himself or a worker at McDonald’s, until the reign of trickle-down economics finally comes to an end, with a significantly higher minimum wage and health insurance untethered from employment.

He’s convinced that only sweeping policy change will convince America’s corporations to truly take care of their workers and communities en masse, but he is totally aligned with the belief at JUST’s foundation: Shareholder primacy, the belief that companies must maximize shareholder returns at all costs, must come to an end.

The following is an abridged version of our interview, edited for clarity.

Shortchanging workers hurts everyone in society

Richard Feloni: A position we’ve taken is that this crisis is an opportunity to see which of the advocates of stakeholder capitalism are actually going to stay true to their word when it matters. To put it in terms you use, it’s a chance to see whether there can truly be an end of the neoliberal reign of the past four decades. Are you optimistic or pessimistic about a chance for change to come out of this?

Nick Hanauer: Well, I mean I think you can be pessimistic about the world, but optimistic that there will be change. The pandemic didn’t change our view about the world very much. It just made the problems that we were identifying more vivid.

Hanauer: I’ve been arguing for a decade that suppressing wages for the bottom 90% of Americans, and effectively impoverishing the middle class, wasn’t going to work out very well in the end. And there’s nothing like a global pandemic to prove that a society where basically no one has any savings is probably not a great thing. Where basically every family in the bottom, 60%, 70%, none of these people have the savings to withstand a month or two of downturn.

A set of business practices that merely enrich shareholders and executives, best exemplified by 93% of profits being devoted to either dividends or stock buybacks – in the best of times that’s not a great idea, but in the worst of times you discover how useful it would have been to have put some of that money on the balance sheet for a rainy day. You didn’t have to give it back to the shareholders.

If it was me in charge, there wouldn’t be a bailout happening without the taxpayers getting preferred shares. It’s ridiculous that we’re bailing out the airline industry.

‘We definitely went off the rails’

Feloni: There’s been increasing criticism of companies that have paid out dividends since the crisis started. When we’re looking both at buybacks and dividends, should we be seeing them differently? Is there a stronger case against buybacks than dividends right now?

Hanauer: Buybacks are more pernicious because they’re more hidden. They’re out of the public view. They’re basically a tax dodge and they’re an astonishingly useless thing to do with almost $1 trillion a year. The only good thing about stock buybacks is that they’re a way of vividly illustrating why shareholder value maximization is such a scam. I would eliminate them. They used to be illegal – in 1982 they became legal. Before that, we called them what they are, stock manipulation.

Share buybacks and dividends need to come after businesses pay their workers enough to get by in relative economic security and dignity. And if you can’t do that, then there should be zero on both. The right of shareholders – there are no rights in market economies. There are appropriate moral and practical conventions and norms and laws. And we definitely went off the rails.

You’ve got suppressing wages for most people for 40 years. You’ve got a set of business practices that enriched a few while making many companies and industries fragile and vulnerable rather than resilient and robust. And by lowering taxes for rich people and big corporations, you defunded all of the federal capacity to prepare and respond to things like pandemics and that’s looking really stupid right now too.

If you can’t figure out how to take care of your people, you shouldn’t be in business

Feloni: What lessons do you want to see come out of this crisis?

Hanauer: You want to have a set of economic policies that ensure that businesses pay workers enough so that they are economically secure. And that should be the price of being in business. If you can’t figure out how to do that, go be a ballet dancer or a firefighter. If there are industries which simply cannot operate while paying workers enough to get by without food stamps, they should cease to exist.

The second principle is the purpose of corporations is to build products which solve people’s problems and the responsibility of executives and boards is to ensure that all stakeholders benefit – workers, communities, customers and shareholders. Industries and businesses should be resilient.

And the third thing is that we need a society which appropriately taxes wealthy people enough so that government has the capacity to do what it needs to do, with middle and working class taxes that are relatively low. And so I would radically raise taxes on wealthy people and big corporations.

It’s those three things and wanting a culture which acknowledges that we’re all in this together.