The fight for pay equity is back in the news with disheartening announcements from the U.S. Census Bureau and the EEOC.

This week’s annual Census report on Income and Poverty showed – in addition to shining a light on stagnating wages and massive income inequality – that no progress was made in 2018 toward closing the gender pay gap in the U.S. While more employed women are working full time, year-round in 2018 – up a full percentage point from 2017 to 64% – they are paid 82 cents to the dollar earned by their male counterparts. What’s more, in the last 11 years, the gap has shrunk just 4 cents (from 78 to 82), showing that while there is progress, it is arguably not enough.

And just yesterday, the Trump administration made another push to roll back efforts to collect compensation data by race, ethnicity, and gender. Under the administration’s plan, the EEOC – which began collecting these data from large companies for the first time this year – will no longer do so, making it more difficult to track, analyze, and ameliorate pay discrepancies.

At JUST Capital we believe that clear, unbiased data provide the first key step toward driving accountability and building a more balanced form of capitalism. While the Census report provides broad insight into the state of pay inequity in the U.S., it doesn’t offer a granular view into corporate-level pay gaps that can help identify where these inequities are most keenly felt and must be addressed. 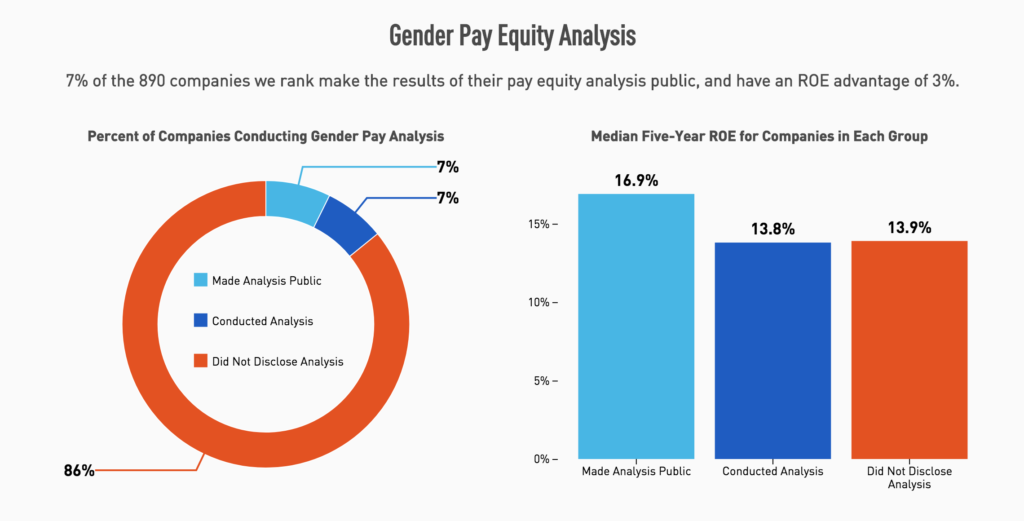 In our ongoing analysis – the Win-Win of JUST Jobs – we look at the state of disclosure at the largest U.S. companies on nine specific worker issues, from paid parental leave to diversity and inclusion to gender pay equity. Through our analysis, we found that, while 14% of companies disclosed that they had conducted a gender pay equity analysis, only half of those companies made their results public.

Without a formal requirement to disclose their pay gap, few companies do so – and we applaud the 65 companies that released data on their gender pay discrepancies (or lack thereof) in 2018. These companies were also rewarded in the market, earning an ROE three percentage points higher than their peers – showing that transparency on pay can be a win not just for workers, but for companies’ bottom lines. 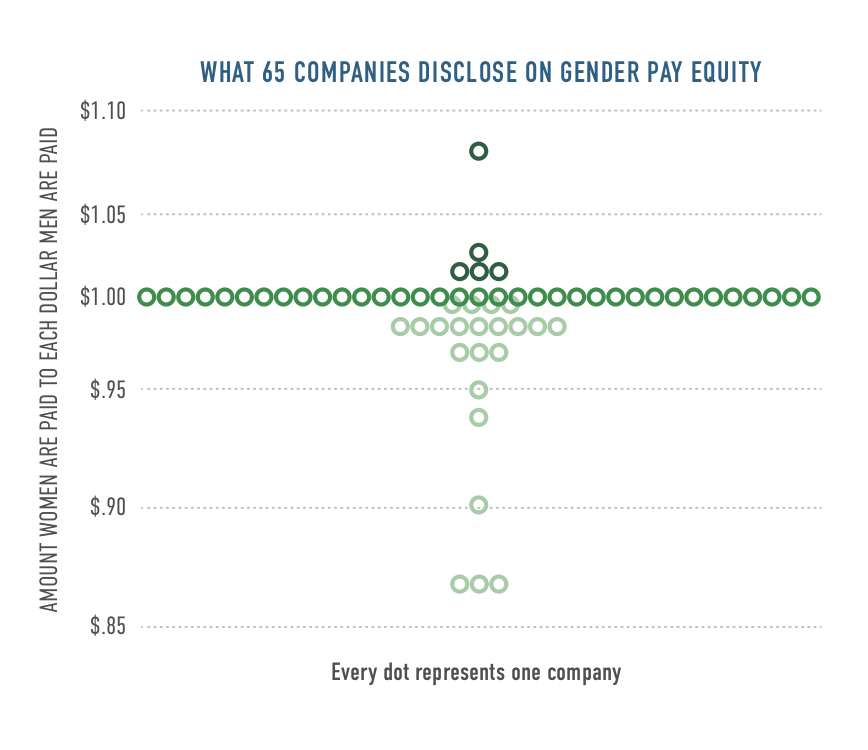 In our upcoming Rankings – to be released in November – we’ll be incorporating a much deeper examination of pay equity data, expanding to look not just at differences by gender, but by race and ethnicity as well – providing a broader portrait of corporate disclosure and performance on this issue.

And with these recent announcements from the U.S. Census Bureau and the EEOC, corporate leadership on this issue is more important now than ever. With the American public in agreement that equal opportunity – including equal pay – should be a top priority for corporate America (and with a lack of regulatory oversight), it’s up to companies to ensure that they are disclosing and reducing their pay gaps.