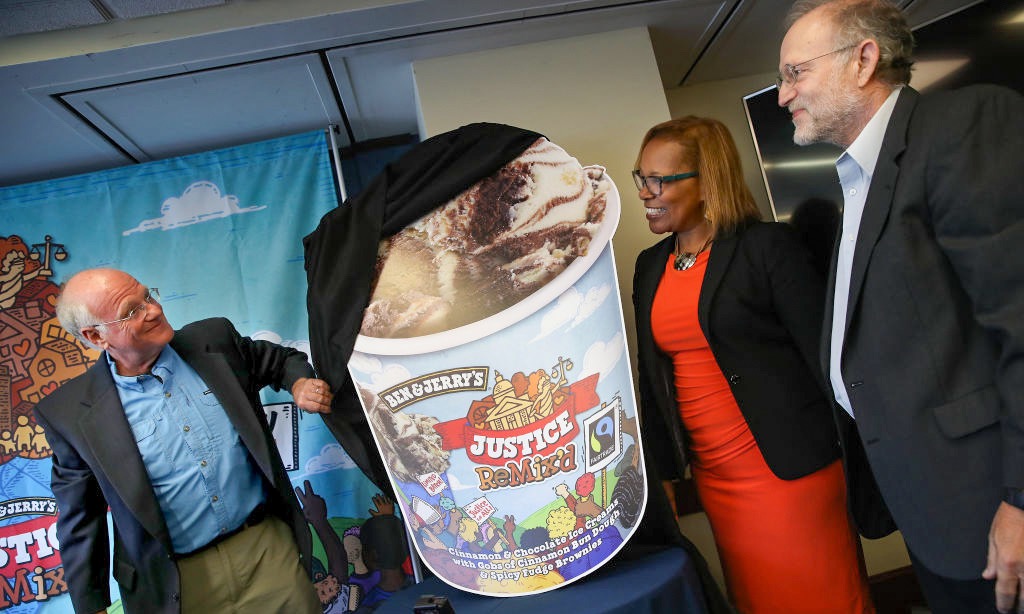 As momentum behind the movement for racial justice continues to grow, the country continues to look to corporate America for leadership. A majority of Americans in recent JUST Capital polling indicated that they see advancing racial equity – both in the workplace and the country – as a priority for business, and that they want to see companies do more.

This week, we joined PolicyLink and FSG in releasing a new report, Corporate Insights into the CEO Blueprint for Racial Equity, to help companies meet these expectations. The report centers on key takeaways from conversations with 40 business leaders, including CEOs and board directors. They broke down the challenges, opportunities, and pressures they’re facing as they work to put racial equity commitments into action.

McAfee has a long career in this space, but said that the moment the country is in with respect to racial equity right now is unique, and so too is the role of the private sector. As a whole, he said, consensus has moved away from philanthropy and one-off programs to systemic change as the solution. Corporate America, he explained, is on the leading edge of this movement. “You have a skillset that is unique for this moment. You know how to bend this nation’s laws and regulations to your will,” he said, noting how corporate lobbying and sway over public opinion can be used for good.

Cohen echoed McAfee’s thoughts on the influence of business adding that for too long, companies have used this power only in service of the bottom line and, as a result, “a lot of people have been suffering.” How companies can wield this influence to advance racial equity remains a central question that, as our new report shows, C-suite leaders are still learning to navigate. Together, the panelists helped identify ways that corporate leaders can move forward to answer it with authenticity, collaboration, and humility.

You can watch the full conversation here and explore our key takeaways below.

First know and then lead with your values

One of the key challenges Corporate Insights Into the Blueprint for Racial Equity centers on is the tension executives feel between the urgency of responding to the racial equity movement and the need for this work to continue over the long term. The seemingly slow progress companies are making against the commitments and pledges they made last year only highlights the importance of corporate action that’s authentic, rather than reactive.

Greenfield touched upon how companies can approach this, raising that the questions businesses had around what they could do in the wake of George Floyd’s murder could have been easily answered if these same businesses were clear on their values. That clarity, he added, is needed for companies to deal with the inevitable backlash that they’ll face from consumers and other stakeholders when they do take a stand on racial equity.

Marcario also raised how Patagonia’s clarity on its values from the outset has been a way for the company to take stands in ways that align with its core business. From suing the Trump administration to protect public lands to providing on-site childcare for workers, Patagonia’s core values around the health of the planet and its employees made these decisions authentic in the eyes of their stakeholders. And, she added, they were a consistent boon for business.

“Whenever we make these decisions, there’s two outcomes. We do better business – we make more money – and the other part of it is, we attract people to the company who want to work for a company that has a greater purpose than just selling stuff. And I think that’s probably one of the most compelling parts of just doing the right thing,” she said. These moves could certainly be seen as polarizing, but they were authentic and registered with Patagonia’s workforce and customers, as further evidenced by Patagonia taking top marks in the Axios-Harris Poll 100, an annual ranking of the reputations of the most visible U.S. companies, released today.

That alignment on values is also crucial, Shoemaker added, between the C-suite and the board. In the conversations he had with C-suite leaders, Shoemaker noticed that these leaders often brought up their board as a key barrier to action, with directors not always seeing racial equity as a pressing corporate priority. With clarity on values, finding alignment between the C-suite and the board can bring companies to what he called the “tipping point” for action.

Once companies are clear on their values, panelists emphasized the importance of working with private sector peers, nonprofits, policy experts, and others to advance their racial equity goals. Both Cohen and Greenfield shared how, with a clear sense of Ben & Jerry’s values on social justice, they focused on seeking out experts where they were lacking the experience and knowledge to move the company’s work on racial equity forward with meaning.

“What Ben & Jerry’s has learned in working on social issues is to take our leadership from NGOs that have expertise in those issues,” Cohen said. He added that increasing representation of people of color in company leadership was key to building an authentic and collaborative approach to Ben & Jerry’s racial equity work. Cohen and Greenfield also raised the work they’re doing on the Campaign to End Qualified Immunity as an example of the potential that lies in collaboration to advance racial equity.

The campaign’s supporters represent what Greenfield referred to as a broad constituency – from the NAACP Legal Defense Fund and the ACLU, to libertarian and conservative groups like the Cato Institute and the Institute for Justice. Nearly 700 business leaders have joined the campaign to push for accountability in policing alongside these groups, elected officials, athletes, and creative artists. Since its launch, Cohen shared that the campaign has helped spark reform currently underway in 12 states and land qualified immunity as a component of the George Floyd Justice in Policing Act.

“We try and explain not only the facts, but the opportunity. We are in a unique time. We have an opportunity to make changes – particularly when joining together.” Greenfield said on his and Cohen’s approach to recruiting businesses to join the campaign. “One of the things we learned is that sometimes people are fearful of raising their voices and this is a chance when people can get together.”

Whether a company decides to pursue a political initiative like Cohen and Greenfield’s campaign or is primarily focused on internal change, there is value to seeking insights from companies tackling the same challenges. “You don’t have to have the answers right now,” McAfee said, referring to corporate racial equity work generally, but if you seek out fellow business leaders and organizations like PolicyLink, he said, you’ll eventually find those answers.

Accept that you will make mistakes

Another key obstacle C-suite leaders shared in the new report is a fear of doing or saying the wrong thing. While more corporate leaders are accepting of the fact that they have been complicit in perpetuating racial inequities and want to listen and learn, they still fear that they will make mistakes in how they act. And, ultimately, this is leading to a paralysis that’s stopping them from following through on their racial equity commitments.

He added that diversifying corporate leadership, however, was key to minimizing these mistakes, “Once you’ve got enough non-white people on your board and in upper-level management, the number of mistakes goes down.” Shoemaker also stressed the importance of executives needing to move past their fear to take action. He raised that what struck him most in the conversations he had with executives was how deeply personal this felt to them, “This is right brain, emotional, behavioral work.”

The personal nature of this work, he added, makes it even more important for C-suite leaders to work with their peers – to know that they are not alone in feeling overwhelmed with how to take action and to seek out nonprofit and policy partners with the right expertise. With that sense of community along with humility and authenticity, Marcario noted that business leaders can help shift the design of our economy toward a more just reality.

“Like any system, capitalism needs to evolve. There’s no question that racism has played a big role in capitalism and the building of the economy as it is right now,” she said. “But that doesn’t mean that it can’t evolve and that we can’t have hope for a future of more just capitalism.”

For more on JUST’s partnership with PolicyLink and FSG, explore A CEO Blueprint for Racial Equity and look out for an update to the Blueprint in June. 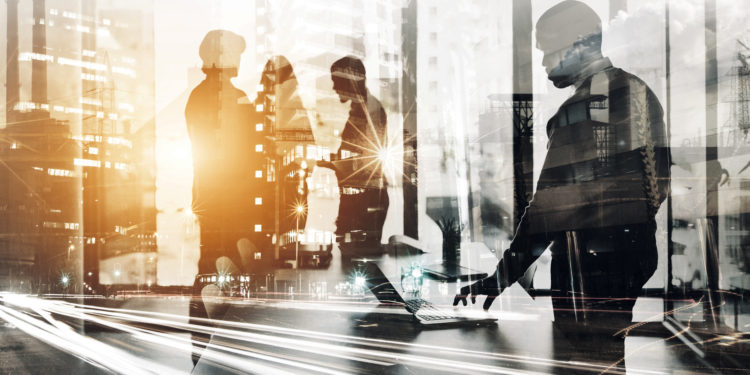 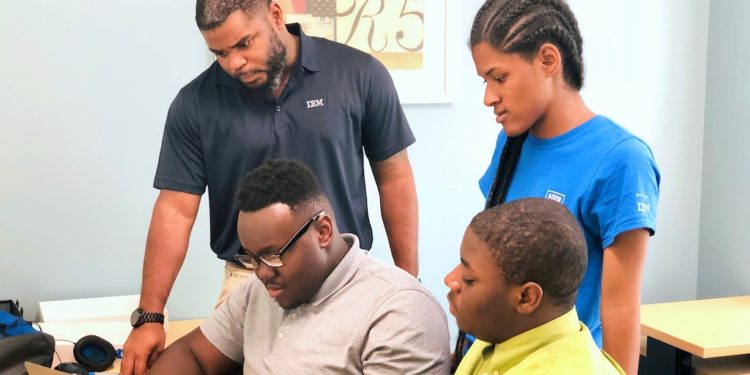 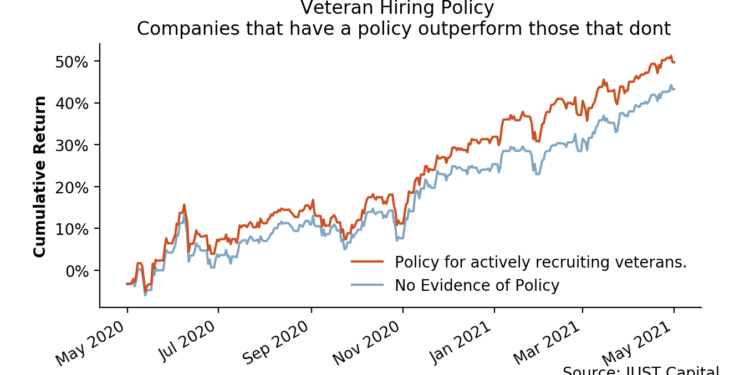 Chart of the Week: Companies With Policies to Actively Recruit Veterans Outperform Those Without 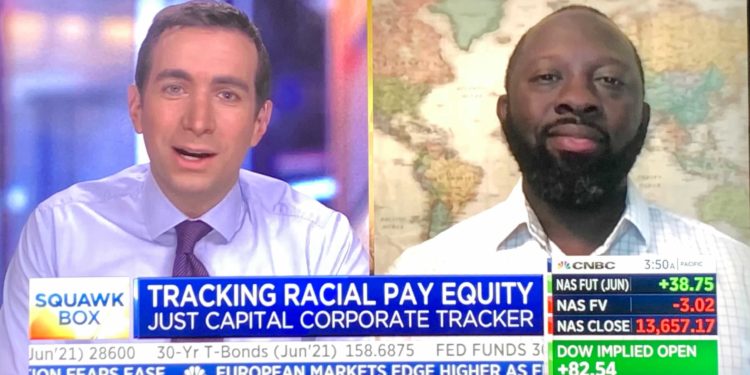