With 56% of the population having received at least one dose of the COVID-19 vaccine, and 48% of the population fully vaccinated, businesses in the U.S. are accelerating their return to pre-pandemic operations. Yet certain sectors have had a difficult time filling roles, with the lower-wage jobs in the retail and hospitality industries taking an especially hard hit. According to a recent report from the Labor Department, as of June, employment at restaurants and hotels is down by 1.3 million jobs since the pandemic began, and the overall share of U.S. workers leaving jobs at these establishments hit a two-decade high in May.

News reports show corporate leaders lamenting a “labor shortage,” but many experts argue that it is a misalignment between employer and employee expectations. The largest companies in some sectors have figured out that the answer to staffing challenges is relatively simple: pay more and provide better benefits. A recent Wall Street Journal report cited that Chipotle, McDonald’s, and Olive Garden have all announced wage increases this year, and other employers have started to expand benefits, and offer bonuses and other perks. The job market is leaning in favor of workers over employers more now than in the recent past. And we wanted to know Americans’ opinions on what changes companies need to make to attract workers, and whether these changes should be a permanent shift in worker treatment versus a temporary response to the pandemic.

JUST Capital, along with our research partner, The Harris Poll, asked a sample of more than 2,000 respondents their opinion about shifting expectations of worker wages; specifically, what companies need to do to incentivize people to come back to work. For context, we reached out to a general sample of U.S. adults and, among this group, roughly one-in-three respondents identify as minimum wage, hourly or gig, contract or temporary worker. 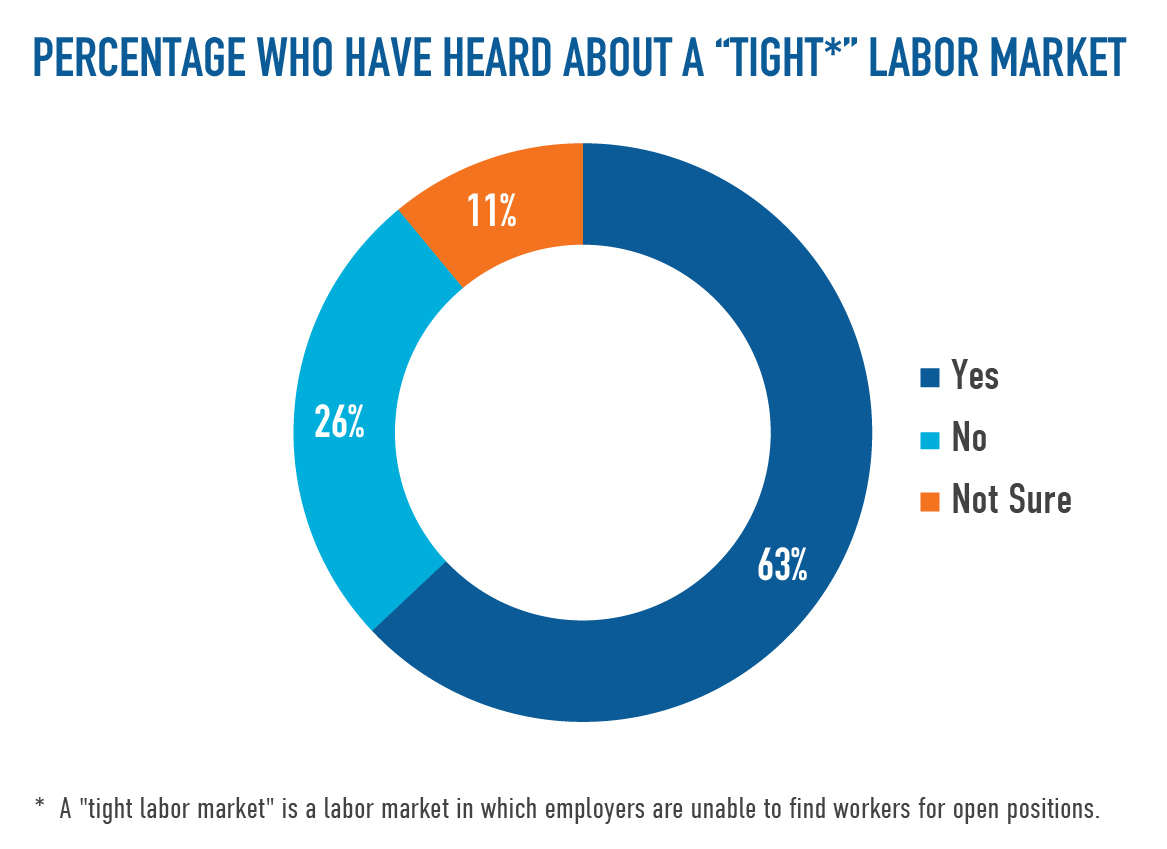 While rolling back unemployment benefits is one way state governments have been trying to get people back in the workforce, there is no hard evidence it’s working – especially in those industries with the most severe staffing shortages, and with a higher amount of low-wage roles.

Overall, low-wage workers make up a sizable chunk of the U.S. workforce, comprising approximately 44% of workers ages 18 to 64, according to a 2019 study by the Brookings Institute. We asked respondents what companies should do to attract workers and fill openings for low-wage work. Their response: offer higher starting wages and good benefits. 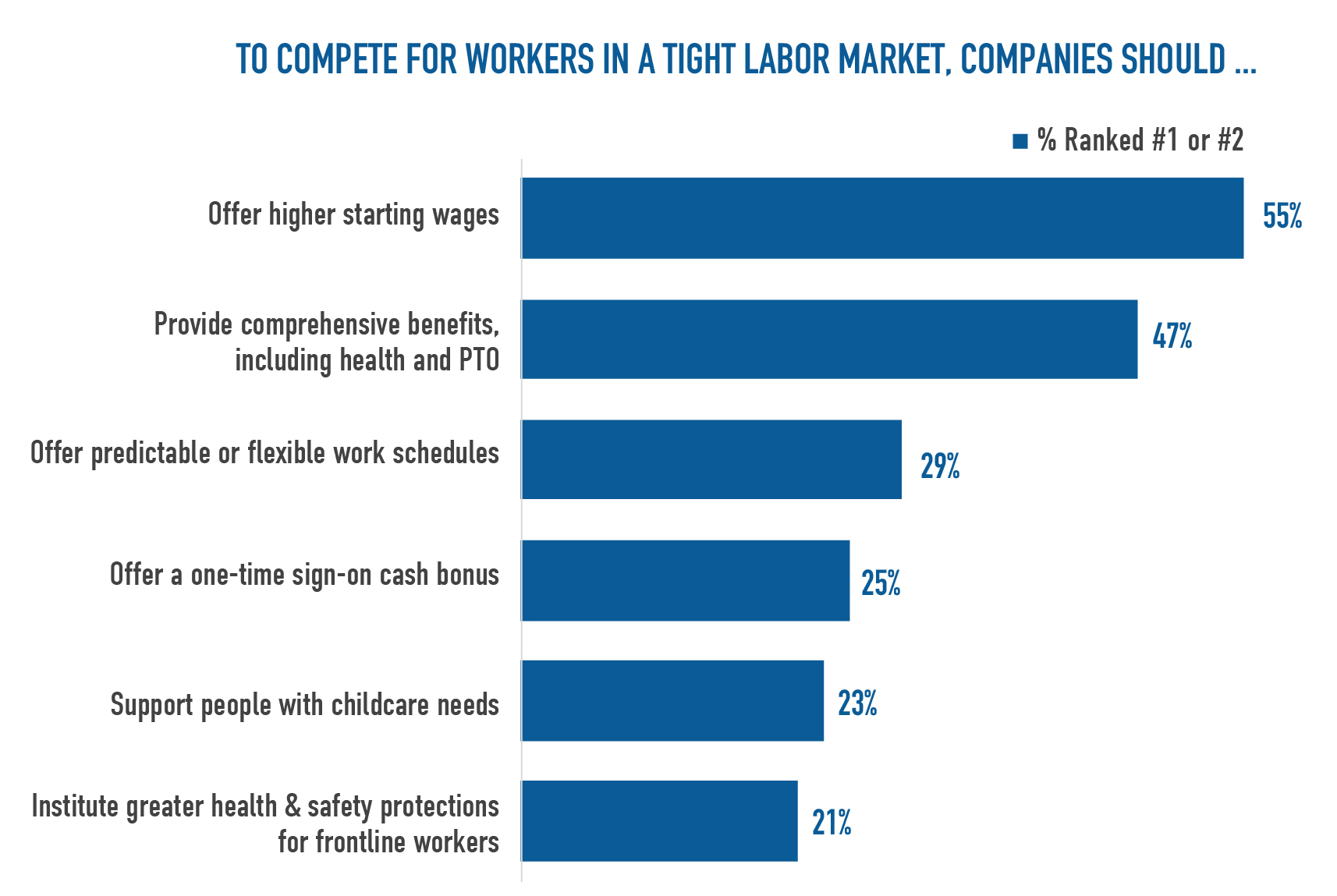 Many employers are already recognizing that the solution to attracting employees back to work, while creating a more resilient and inclusive recovery on the other side of the pandemic, is to invest in higher wages and benefits. Whether this is the beginning of a new era of worker bargaining power still remains to be seen, but the American public clearly supports a shift toward good jobs with comprehensive benefits.

As we’ve seen with The Worker Financial Wellness Initiative, the benefits of investing in workers in traditionally low-wage jobs can be substantial including increased engagement, productivity and customer satisfaction, combined with lower turnover costs, which creates a virtual cycle for employees, employers, and shareholders too. Watch PayPal CEO Dan Schulman and Chipotle CEO Brian Niccol discuss the benefits they’ve experienced from investing in their worker’s financial well-being on CNBC Squawk Box or listen to Squawk Box Pod (starting at minute 24:00).

This survey was conducted online within the United States by The Harris Poll in partnership with JUST Capital from July 6–8, 2021 among 2,057 U.S. adults ages 18 and older. This online survey is not based on a probability sample, is not representative, and therefore no estimate of theoretical sampling error can be calculated. Please explore topline survey results here, or for complete survey methodology, including weighting variables and subgroup sample sizes, please contact Jennifer Tonti at jtonti@justcapital.com. 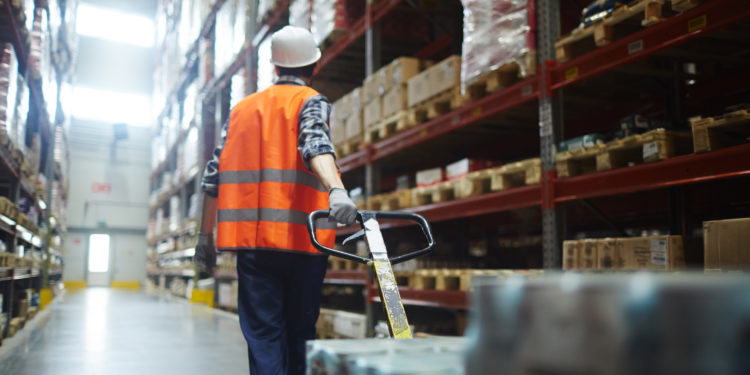