This piece was co-authored by JUST Capital Board Member, Sharon Block.

The United States has fallen behind on equal pay. According to JUST Capital’s 2017 Rankings, 78 of the 875 largest publicly-traded U.S. companies have conducted pay equity analyses, while only 54 have established a policy, as well as targets, for diversity and equal opportunity – that’s 9 percent and 6 percent of these corporations, respectively. When it comes to pay equity, corporations in the U.S. are not beholden to the same rules as those in other nations, and are lagging when it comes to equal pay for women.

In the UK, for the first time this year, all companies with more than 250 employees were legally obligated to publish their gender pay gap by April 4. Initial results from reporting show that, to no one’s great surprise, men are paid more than women – and certain industries stand out particularly for their wide pay gaps – airlines, major fashion brands, and financial firms.

And Britain is not the first nation to take this step – others have begun to build more robust disclosure requirements, including Australia, which mandated gender gap reporting for most companies, and Germany, with its recent law requiring businesses with 500+ employees to reveal pay gaps. Iceland leads the charge with the most significant legislation around pay disclosure – legally obligating companies with just 25 or more employees to pay men and women equally. By 2022, public and private companies on the island nation must certify that they are paying equal wages for work of equal value, or will face daily fines.

We both worked on equal pay issues in the Obama Administration, including a 2016 rule that required companies employing 100 or more people to report detailed salary information to the Equal Employment Opportunity Commission. But the rule was sidelined last year by the Trump administration, along with the White House Equal Pay Pledge, stalling any federal efforts to mandate equal pay. Efforts have recently been made at the state level – in Massachusetts, California, Maryland, and Oregon, for example – to address the pay gap and encourage transparency, but inequity in American companies persists.

Companies and investors have a huge role to play in directly confronting this problem. Corporate pay disclosure is an obvious first and essential step – one which has the potential to not only create transparency but drive change. Iceland’s experiment will help determine whether aggressive legislation is needed to fully eliminate, and not just narrow, the pay gap – and the new equal pay laws in the UK and other nations will paint a powerful, data-driven portrait of how companies are actually performing on this issue.

While legislation may remain stalled in the United States for the foreseeable future, corporations themselves can push for change and have already begun to do so. Initiatives like the CEO Action for Diversity & Inclusion aim to rally the the business community to address persistent inequities and promote diversity in the U.S. Additionally, on the heels of the #MeToo and #TimesUp Movements, 48 percent of companies have said they’re reviewing pay policies with an eye toward closing the pay gap between male and female employees – suggesting a sea change among American corporations when it comes to equal pay. In the last few years, a handful of companies, many in the tech industry, have announced that they’ve successfully closed their pay gap, including several that top JUST Capital’s rankings – among them, Adobe, Intel and Microsoft. Investors also have a big role to play in this conversation, pushing for a much closer accounting of issues around gender pay and equity.

While data disclosure might not be enough to completely eradicate the gender pay gap, it is likely to be a critical first step toward closing it and shifting the corporate landscape for women. Companies and investors should be worried about what persistent pay gaps mean for business, especially in regards to attracting and retaining top talent. As Iceland’s efforts have shown, eliminating inequality is no simple feat, and hard work, intentional leadership, and – likely – powerful legislation will be required to create meaningful change. But before we can expect that change to unfold, we must take the first step – pull back the curtain, look at the numbers, and start to understand the business impact of not paying people equally. Only then can we hope to shift the conversation and establish a new standard for equal pay.

Alison Omens is the Managing Director of Programs and Strategic Engagement at JUST Capital and was previously an advisor to the U.S. Secretary of Labor for business engagement during the Obama administration. Sharon Block is the Executive Director of the Labor and Worklife Program at Harvard Law School and was previously the Principal Deputy Assistant Secretary for Policy at the U.S. Department of Labor. 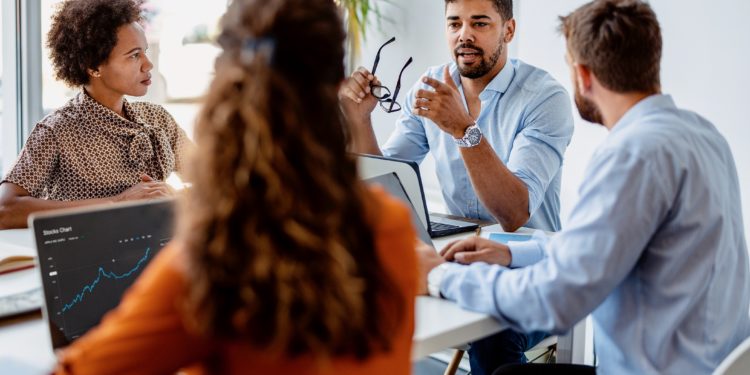 SURVEY ANALYSIS: Companies Are Committing to DEI Initiatives, but More Work Is Needed to Increase Accountability and Action 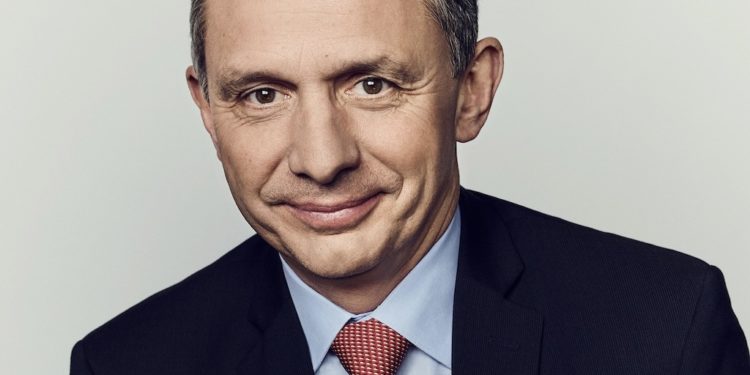 Ahead of UN Climate Summit, HP’s CEO Shares Why The Company Is Doubling Down on Sustainability

Department of Commerce, Edwards Lifesciences, P&G, and PolicyLink Highlight How To Lead an Equitable Economic Recovery for Workers