Nearly six months into the COVID-19 pandemic, corporate America finds itself at a crossroads. With many businesses reopening and many Americans heading back to work (and many others who have been on the frontlines throughout), it’s perhaps more critical now than ever that our nation’s workers, customers, and communities receive support and protection.

One key action many corporate leaders took at the outset of the pandemic was the provision of hazard pay to support workers who put their lives on the line each day in our country’s stores, banks, warehouses, factories, and restaurants to keep the economy going, shelves stocked, and food on our tables. These employees were deemed “essential workers” and rewarded with “hero pay.”

But over the last several months, many of these policies have expired, despite the fact that cases have actually increased nationally and in many states across the U.S. And with more and more stores requiring customers to wear face masks, it’s clear that frontline employees still face considerable risks in the workplace, underscoring the ongoing need for hazard pay.

COVID-19 has fundamentally changed the nature of work for these essential employees – many of whom are also our nation’s lowest-paid workers – who are now responsible for heightened cleaning procedures, mask policing, crowd management, and more.

And as more leaders talk about “building back better” toward a “Great Reset,” the continuation of higher pay for frontline workers needs to remain at the top of the priority list for creating a more resilient workforce and economy, that not only weathers this crisis, but is prepared to withstand future shocks.

With the original launch of our COVID-19 Corporate Response Tracker, we took a look at hazard pay policies at the nation’s 100 largest employers, and also ran an analysis showing that hazard pay bolsters workers’ earnings more over time than a one-time bonus.

Today, we’re looking at the state of these policies several months later. Throughout the pandemic we’ve been tracking the 300 largest public employers in America, and of the 38 hazard pay policies originally announced by that group, half are confirmed to have expired. An additional 14 have not specified an end date, and so that number is likely higher. For several of these companies with expired policies, we’re seeing a trend – shifting from wage increases to one-time or recurring bonuses, resulting in far lower pay for workers.

Explore below which companies continue to lead for their employees, and which are lagging on this critical worker protection.

A small handful of companies have not only provided hazard pay to their employees, but announced that wage increases would be permanent, beyond the crisis. These include:

Charter Communications announced on April 2 that it gave all frontline workers a $1.50/hour raise, putting them on a path to a $20/hour minimum wage in 2022, effectively making its hazard pay increase permanent.

Target announced it was increasing its starting wage for hourly workers to $15 beginning in July, effectively making its $2/hour hazard pay increase permanent.

Policies Expiring in the Future

A couple of companies have extended hazard pay policies with explicit end dates, including:

Dick’s Sporting Goods announced that it would continue to pay store and distribution center employees a 15% hazard pay increase through the end of 2020.

Dollar Tree continues to announce short-term extensions for its $2/hour increase for all distribution center workers and store employees, except store managers, with the policy currently set to remain active through August 29.

Policies That Have Expired

For half of companies, hazard pay policies that were announced in March and April have since expired. These include:

Amazon had extended the end date of its increase of $2/hour for warehouse workers from May 16, but let it expire on May 31.

AT&T offered a 20% bonus each pay cycle for frontline workers and up to a $1,000 monthly bonus for frontline managers, but let us know that the policy expired the week of May 8.

Campbell Soup Company provided wage increases to hourly and frontline employees, which expired in the last week of July.

Chipotle extended the end date of its 10% hourly wage increase for restaurant employees from May 24, but let it expire on June 7.

Costco’s initial $2/hour raise expired on April 5, but was extended into May.

Domino’s increased pay for all hourly corporate store and supply chain center team members, but the increase lapsed as of May 31.

General Mills offered daily bonuses to manufacturing employees working on site, which appear to have expired as of April 30.

Kraft Heinz extended its $100/week stipend for factory workers through May 7, but allowed the policy to expire.

Kroger let its hazard pay of $2/hour expire on May 16.

Qurate Retail offered recognition pay to hourly and salaried team members, but discontinued the policy as of May 31.

Starbucks offered a $3/hour increase through May 31.

Ulta Beauty offered a $2/hour increase for distribution center workers through May 31.

US Bancorp had extended its 20% wage increase for frontline workers from late May, but let it expire on June 6.

Walmart told JUST that it had extended the end date of its $2/hour wage increase for e-commerce fulfillment and factory workers from May 25 to July 3, but has since let the increase expire. Shopping center employees have not received a pay increase, but instead received three rounds of bonuses, with the most recent announced on July 21.

Wayfair increased hourly pay for employees in fulfilment center and home delivery operations by $4/hour, but let the policy expire on June 20.

Wendy’s increased pay for crew members in company restaurants by 10%, but let the policy expire as of May 8.

Those Without a Specified End Date

There has been no specific end date for hazard pay policies disclosed by the following companies: 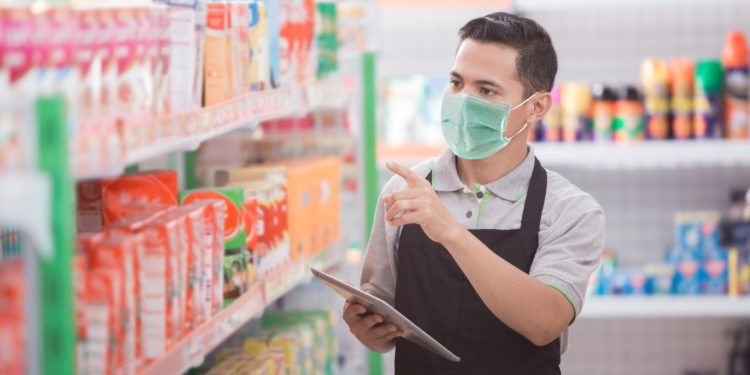 Behind the Chart: Comparing Bonuses and Hourly Wage Increases for Frontline Workers During Coronavirus