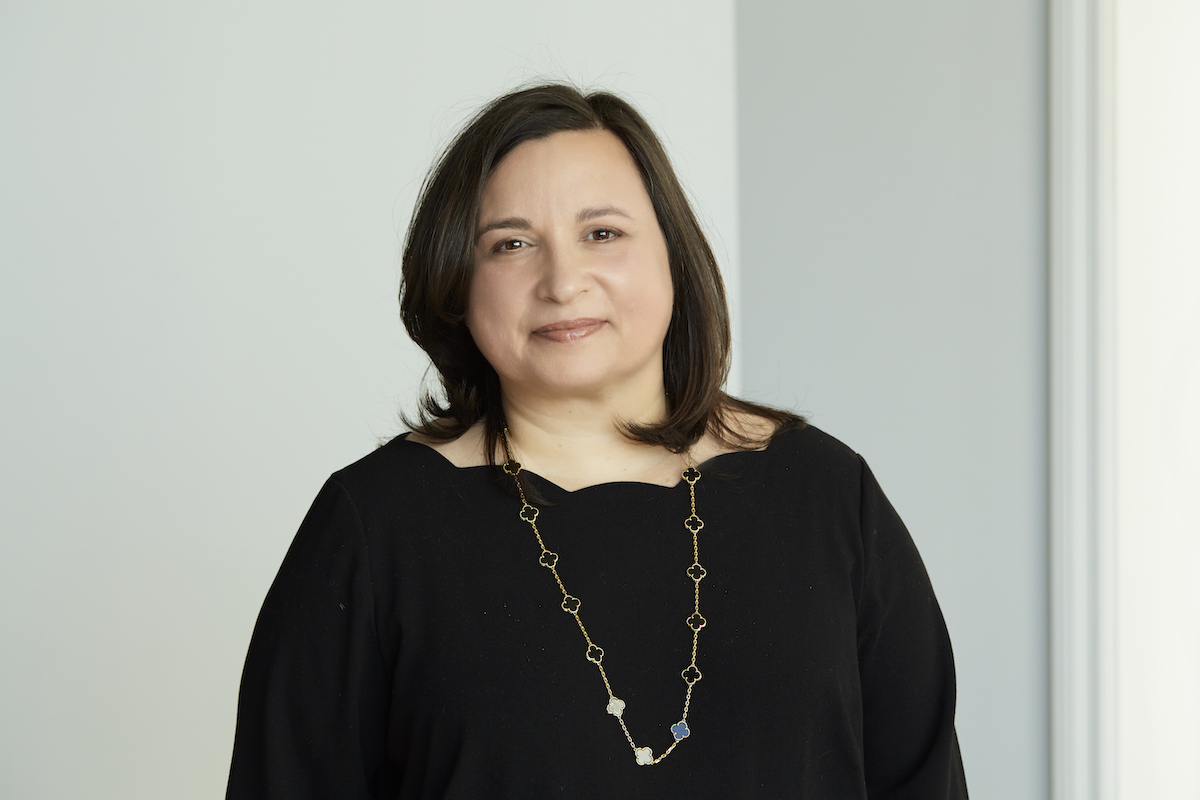 By the time JPMorgan Chase’s Karen Keogh had her last day in the office on March 13, she knew that the coronavirus pandemic was going to reshape her role as the bank’s head of global philanthropy for the rest of the year.

“Pretty immediately we knew that this was going to have a significant impact on employees, communities, customers – everyone,” she told JUST Capital in a recent interview. Keogh and the leadership team recognized that philanthropy was going to play a major role in JPMorgan’s response to the pandemic, which would lead to an economic shutdown that saw more than 40 million Americans file for unemployment, at the latest count.

Under CEO Jamie Dimon, the team determined that $250 million would be deployed in communities, with $200 million set aside for low-cost capital for small businesses through Community Development Financial Institutions (CDFIs) in communities hit hardest by the crisis, and $50 million for nonprofits serving those communities.

The bank announced Wednesday that it was deploying the final $35 million of that $50 million portion, following an initial $15 million investment in immediate emergency relief, including medical supplies and funding for its nonprofit partners. The question for their relationship with those partners now, Keogh said, is “how do we make sure that they have the resources to continue to focus on this inclusive economic – now – recovery,” noting that we are in a new phase of the crisis.

Where the money is going

JUST has focused its regular surveys of the American public on the corporate response to the crisis since March, and our survey from late that month found that nine in 10 Americans want companies to support the communities they operate in for the duration of the crisis.

Keogh said there was not a question of whether or not the bank would lend that support, and that it quickly tapped into crisis response protocols for that initial $15 million investment. Now, Keogh said, “Our top priorities are looking at vulnerable, hard hit individuals, folks that have lost their jobs, experienced reduced income, businesses that are teetering on closure.”

Examples of how the new $35 million round is being used include: $250,000 in emergency loans to small businesses in Atlanta; $1 million in educational and career resources in Chicago neighborhoods racked with job loss; $500,000 to fund coaching for struggling entrepreneurs of color in Columbus, Ohio; nearly $2 million across a variety of causes in Los Angeles and $1 million both Detroit and Washington, D.C.; $750,000 toward eviction and homeless prevention services in Houston; $500,000 to small business assistance in New Orleans; and $500,000 toward resources for workers of color in Seattle.

JPMorgan is deploying that capital through existing partners, specializing in assisting entrepreneurs and workers in low-income areas, many of whom advocate for minorities.

Last month, National Urban League president and JUST board member Marc Morial spoke to us about unequal access to adequate healthcare and business relief in minority, especially African-American communities. “These discrepancies in society have been with us a long, long time, and yet what COVID has done is shine a new light on it,” he said.

Morial also happens to be on JPMorgan’s AdvancingCities External Advisory Committee. In our April call, Morial was angry that relatively large public companies used existing relationships with big banks to receive the government’s Paycheck Protection Program funding intended for small businesses. It turned out that JPMorgan, as the country’s largest bank, had financed almost a third of those loans in question, and the bank and those companies received backlash. “It is inconceivable that these micro-enterprises can compete with the larger enterprises that have pre-existing banking relationships,” Morial told us in that interview, speaking to the situation in general.

Many of those public companies returned those loans in the face of public pressure and the government amended its PPP distribution guidelines to prevent a repeat scenario. Keogh said her team recognized Morial’s concerns, and pointed us to her team’s $200 million in low-cost loans, which includes $50 million for the New Development Council’s CDFI, the Grow America Fund.

Dimon addressed the issue in a public memo last week, as well, writing, “We know that many small businesses are at risk of being locked out of the resources they desperately need to stay afloat,” and he highlighted the firm’s commitment to communities in response.

He also shared the latest PPP results: “Since the beginning of PPP, we funded a total of more than $30 billion to over 250,000 businesses, helping to support more than 3 million employees. The average loan amount was roughly $122,000 and half of those loans went to companies with fewer than 5 employees.”

Communities as a stakeholder

Under the leadership of Dimon, the Business Roundtable – a lobbying group of around 200 CEOs of America’s largest companies – released a statement last August that set aside its embrace of shareholder primacy in favor of a stakeholder approach. Critics debated the efficacy of a non-binding, arguably ambiguous letter, but it was nevertheless a decision that took a growing movement (that JUST has been part of) and accelerated it into the business mainstream.

When Dimon has talked or written about it, as he did in that recent memo or this year’s annual letter, the stakeholder approach is simple: If you forego maximizing short-term profits at all costs and instead invest in stakeholders like communities, you’re creating long-term value for all, including, of course, your shareholders.

And before he was using these terms to denote it, Dimon was building out this community element of the stakeholder approach through Peter Scher’s corporate social responsibility team, which Keogh joined as head of philanthropy in 2016. Over the past 12 years, the team gradually moved toward a new approach of corporate philanthropy, where money spent was understood as a philanthropic investment, with the return being not only increased goodwill in communities across America, but stronger localized economies in which to do business. It has in recent years approached both the scale and scope of top foundations.

JUST has found that JPMorgan Chase has taken this stakeholder commitment seriously. It ranked No. 1 among banks in last year’s JUST 100 list, and placed first among banks and ninth overall in the new Forbes Corporate Responders list, powered by JUST’s data on how America’s 100 largest public employers responded to the first phase of the coronavirus crisis.

As for what’s next, Keogh told us that a “COVID lens” will be placed over all of her work for the foreseeable future, given that building an inclusive recovery will take the rest of the year and potentially many months more.

The past few months have been instructive.

“We’ve learned that we have to be adaptable, that we have to look at the gaps of where folks may not be getting the support and help that they need, that bringing the full force of JPMorgan and the force of the firm is really critical and important, and that the business community and government working together is how we’re going to get through this,” Keogh said.

PwC’s U.S. Chairman Shares His Guidelines for Leadership Through the Coronavirus Crisis – Including Putting Workers First 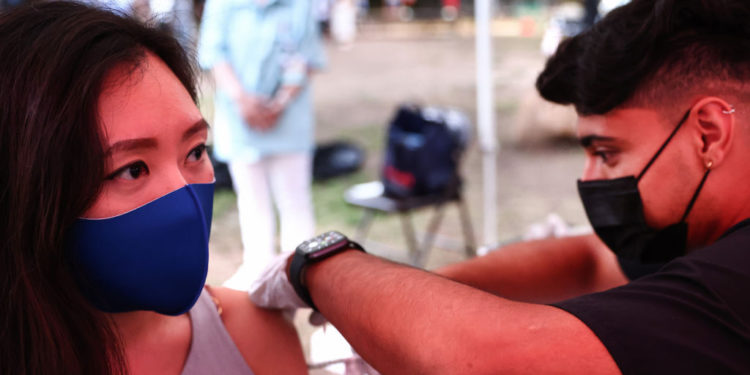 The JUST Report: How Americans Feel About Corporate Vaccine Mandates 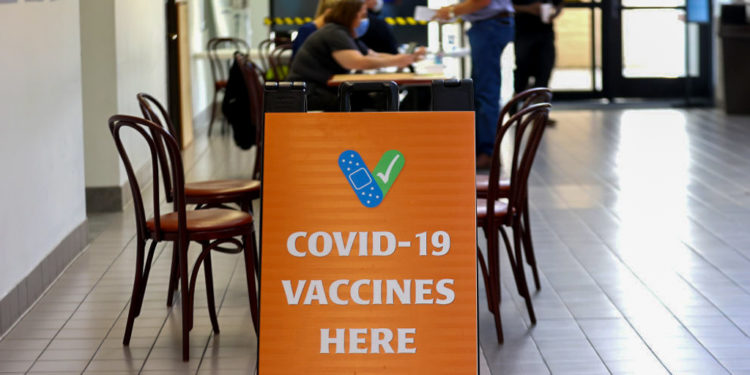 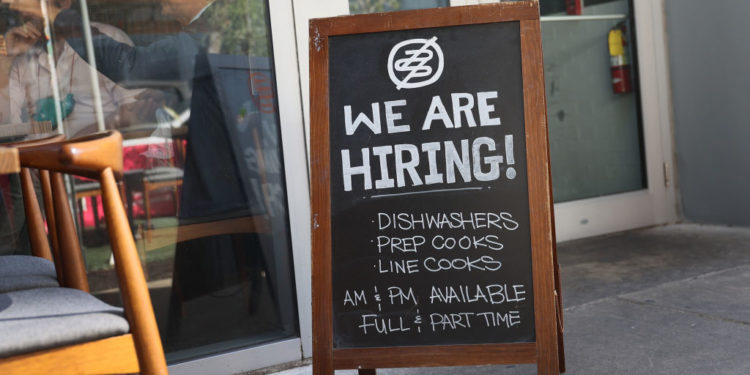 SURVEY: To Attract Workers, Americans Say Companies Should Boost Wages and Benefits Over the Long Term

Vaccines at Work: Where Americans Fall on Employer Policies