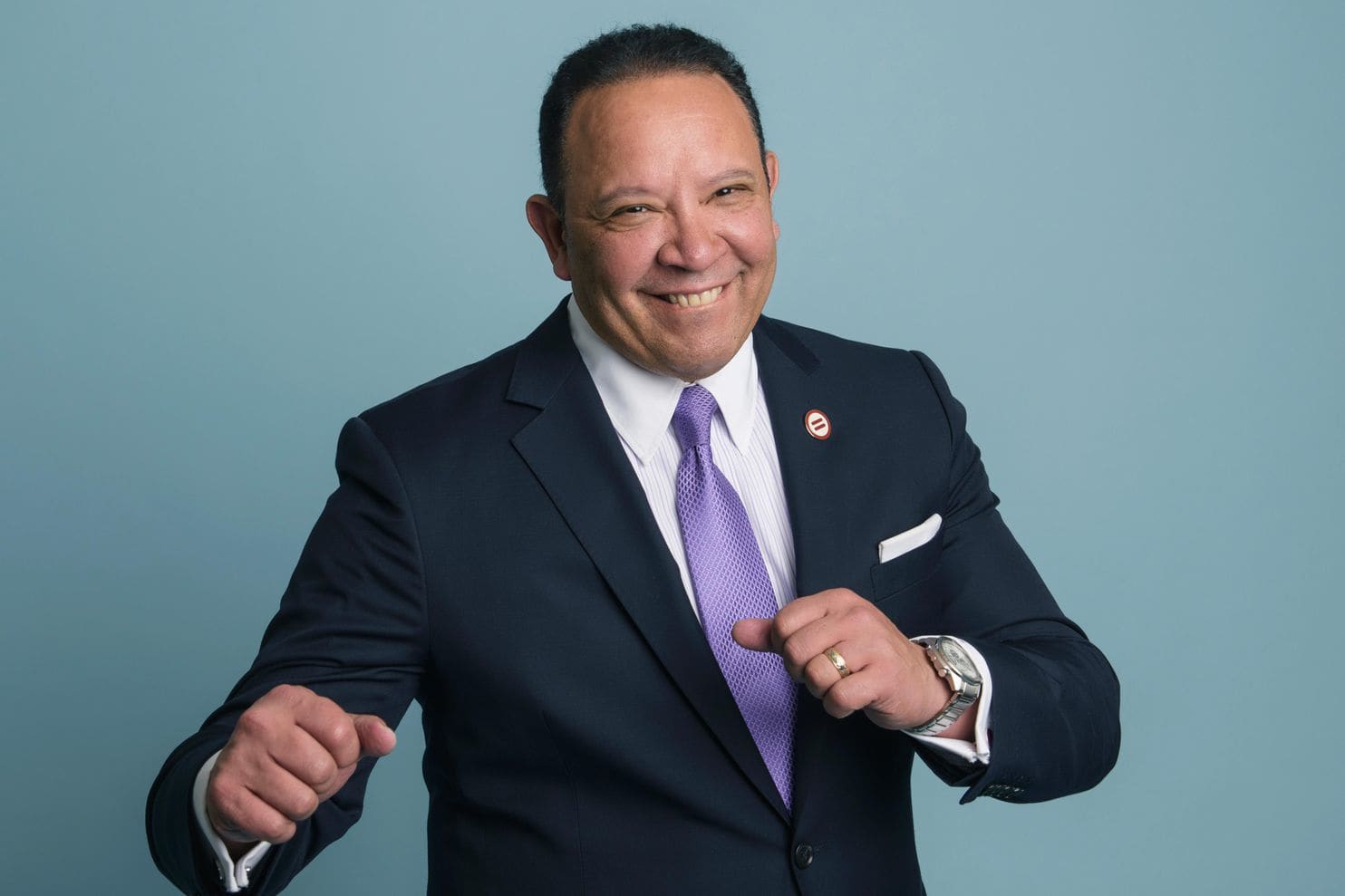 As the head of one of the oldest civil rights organizations in the United States, Marc Morial is focusing his attention on the needs of African Americans, and communities of color in general, throughout the coronavirus pandemic. It’s a crisis that has been disproportionately hitting these communities hardest in America.

Morial has been the president of the National Urban League since 2003, and before that was mayor of New Orleans. He’s also a board member at JUST. Through his career, Morial’s been able to successfully work with members of both sides of the aisles, and in a phone interview with JUST, he always explained how his suggested actions would benefit everyone – a healthier population with equal opportunity meant a stronger economy.

It’s why, as the country considers when to reopen the economy, he’s calling for large corporations to “do everything possible to protect their employees and save their employees’ jobs.” And after our call, he shared with us a draft of a letter he’s sending to big banks (the list of recipients was not finalized), in which he implores them ahead of a new batch of federal small business loans to reach out to minority communities and reduce barriers of access to these funds.

When asked if he thought the pandemic was a civil rights issue, as some activists have said, he said that the crisis has of course to be understood as universal, but it is indeed a matter of civil rights in that “it brings into focus the disparities of American life.”

“These discrepancies in society have been with us a long, long time, and yet what COVID has done is shine a new light on it, shined a spotlight on it,” he said.

Though the data from the federal Centers for Disease Control and Prevention (CDC) and state governments is incomplete, Kaiser Family Foundation report found, for example, that as of April 17, black Americans accounted for 34% of the reported cases of COVID-19. The foundation found similarly disproportionate numbers for Hispanic and Asian populations in some states, as well.

Morial said that minorities also have disproportionate representation, relative to population, in the jobs that have become “essential,” like frontline medical workers, grocery store staff, and civil servants. For African Americans, that exposure is coupled with a higher tendency for pre-existing conditions most severely affected by COVID-19, and on average less access to quality healthcare.

He also pointed to the controversy around the rollout of the first batch of the Paycheck Protection Program, where $243.4 million of the $349 billion went to public companies, including some with market caps of over $100 million and more than 1,000 employees. As the Small Business Association said ahead of the rollout of a new $310 billion batch of PPP loans, public companies have access to credit and capital that mom-and-pop businesses – the intended target of the loans – simply do not. It was a first-come first-serve rollout, and there were countless reports of small business owners across the country frantically unable to acquire a loan through a bank. JUST CEO Martin Whittaker wrote on LinkedIn that, “It is the definition of unjust business behavior to take money away from those that need it most.”

Morial pointed to analysis of U.S. Census Bureau statistics that found that 81% of all small businesses in the country have no full-time employees aside from the owner, and that the number was 90% for black-owned small businesses.

“It is inconceivable that these micro-enterprises can compete with the larger enterprises that have pre-existing banking relationships,” he said.

A letter to the banks

The extension of the government stimulus plan includes $60 billion earmarked for minority-run small businesses, which Morial is very happy about, but he felt compelled to write a letter to big banks.

Here are excerpts from the draft Morial shared with JUST, highlighting his calls to action:

“As our nation continues to grapple with the evolving economic fallout created by the COVID-19 pandemic, I write to express concern that our nation’s largest financial institutions are not adequately prepared to engage extensively with the nation’s minority-owned small business owners and the community-based infrastructure best positioned to support these small businesses. … I urge you to voluntarily release the lending, demographic, and revenue data of all of the small business owners whom your banks decide to extend current and future PPP loans, and to ensure that your institution is adhering to existing federal fair lending laws throughout the implementation of this program. …

“As the PPP loans are structured as a first-come, first-serve product with few guardrails, we remain concerned that this creates an easy-out incentive for lending institutions to prioritize their largest customers rather than businesses with the greatest need. I urge you to address this issue moving forward by implementing clear and transparent need-based triage requirements and to ensure that bias is not driving your institutions’ loan processing priorities. We endorse a best practice framework of tracking, compiling, and releasing to the public all PPP loan data on the race, ethnicity, and revenues of the small businesses that receive PPP loans from your institutions, as well as data on the number of loans rejected and the basis for that rejection. …

“While the most recent round of funding directed $60 billion … to lending institutions that provide banking services to underserved communities, including MDIs [Minority Depository Institutions] and CDFIs [Community Development Financial Institutions], it is no less important for your institution to take affirmative actions that illustrate a strong commitment to serving the many creditworthy small business owners of color in the communities in which your banks are chartered to serve. Moreover, during this time the provision of safe, affordable and productive banking account is more important than ever – and the data continues to show that Bank On accounts have the potential to attract new customers to the financial mainstream.  To this end, we urge you to set aside resources for getting the word out through messaging applications and social media.

“In my view, our nation’s largest lending institutions now more than ever must embrace an ethos of inclusivity and community service. The double bottom line business axiom of doing well and good will be put to the test for institutions like yours during the coming months.”

Whether it’s the data point that according to the Federal Reserve, only 23% of black small business owners reported acquiring a loan, compared with 46% of their white counterparts, or that minority communities have less access to healthcare, Morial doesn’t want the coming days to see an argument over facts about the effects of institutional racism.

He said that the leaders of corporate America must not “go on ad finitum debate about whether they exist, but be willing to make a commitment to address them.” If companies care about racial inequities in the U.S., Morial explained – and they should, he noted, because even aside from the moral case, these inequities inhibit growth across the entire system – they will take action. It’s in the hands of big banks to assist the government in reducing barriers to loans, but all leaders, regardless of their industry, can prioritize, above all else, their workers’ health as they navigate the crisis and plan a recovery. “Reality, the more you ignore it, the worse the situation gets,” he said.

The Week in COVID Polling: A Roundup of the Latest Insights from Public Opinion Research