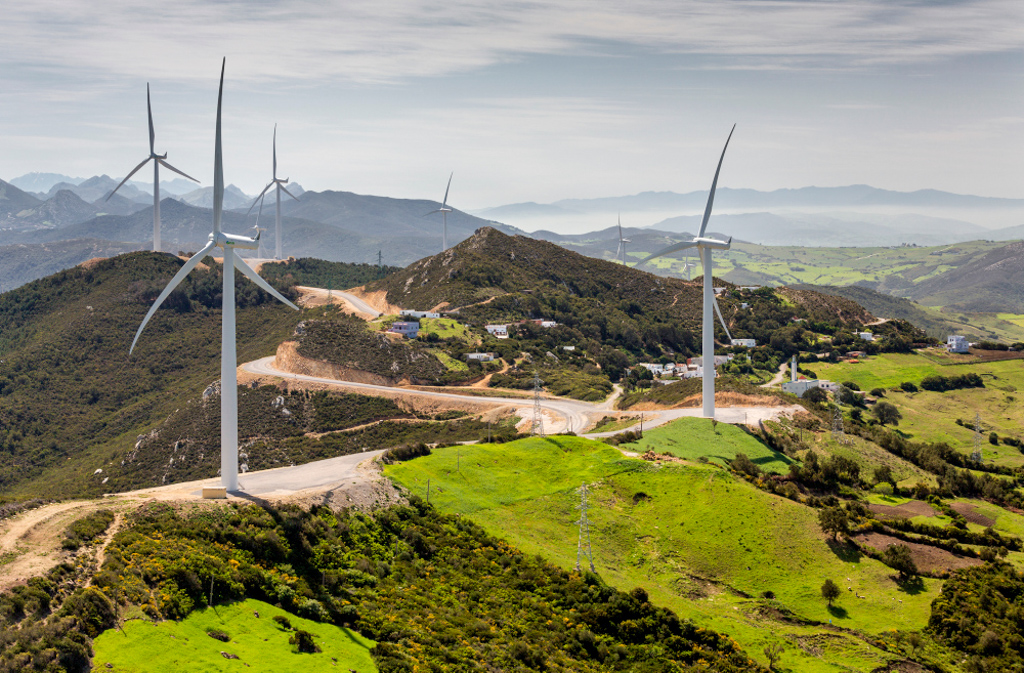 A Microsoft wind farm project. The company’s committed to becoming carbon neutral by 2030 and carbon negative by 2050. (Microsoft)

As the world marks the 51st annual Earth Day, the United States is stepping up its climate action. Today, at a summit of 40 world leaders on climate change, President Joe Biden announced a new emissions reduction target for the country. The goal aims to curb emissions by 50-52% below 2005 levels by 2030.

This announcement comes after a coalition of over 400 businesses (employing more than 7 million Americans), and investors (managing more than $1 trillion in assets) asked Biden to set, “the ambitious and attainable target of cutting greenhouse gas emissions by at least 50% below 2005 levels by 2030.” It also comes at a moment of urgency for the planet. Carbon dioxide levels reached a record high earlier this year – a harrowing milestone scientists say shows the magnitude of the climate crisis.

The new U.S. target will help determine the direction of climate policy around the world over the next decade. And it could mark the beginning of further policy moves to address environmental impacts over the course of President Biden’s term. Earlier this year, the SEC set out an enhanced agency focus on climate-related disclosures in public company filings and asked for public input to shape these disclosures.

That’s why we wanted to look at the policies and practices of the companies with the top environment scores in our most recent Rankings of America’s Most JUST Companies. We measure environmental performance through a host of different metrics, namely carbon emissions, pollution reduction, and some industry-specific metrics on sustainable products and services. While this performance data is widespread, we also recognize that each industry has its own unique challenges in reducing its environmental impact.

CNBC’s The News with Shepard Smith produced a segment that showcases what we found.

Below we’ve highlighted how the top 10 companies are taking the lead on managing environmental impact. 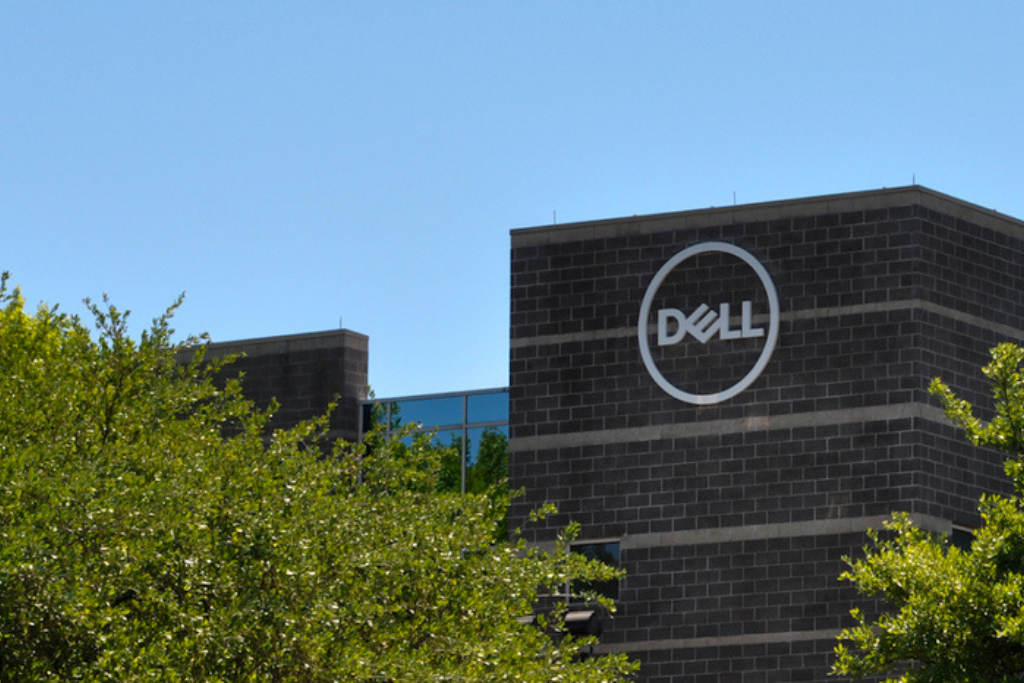 Software company based in Round Rock, Texas – Ranked 35th in America’s Most JUST Companies

Dell is dedicated to sustainable packaging and services. The company is one of two in the software industry to disclose using recyclable packaging, noting that its packaging is made from bamboo. It’s also one of two software companies that offers product take-back programs. Among companies we rank in the software sector, Dell has the highest recycling rate – a key action our polling has shown Americans are looking for from companies. While not captured in our 2021 Rankings, Dell also announced a goal of reaching net zero emissions by 2050 this week. 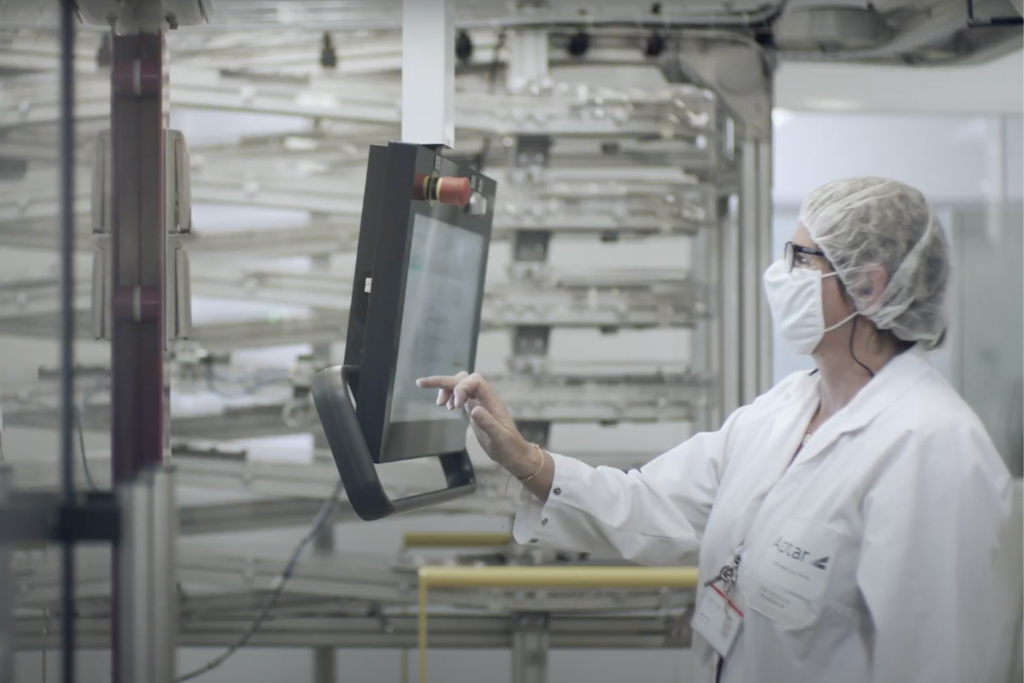 An Aptar employee manages production of the company’s essential products during the COVID-19 pandemic. (Aptar)

Packaging and dispensing manufacturer based in Crystal Lake, IL – Ranked 384th in America’s Most JUST Companies

AptarGroup’s core business model is in packaging – and it conducts periodic life cycle assessments to ensure it’s doing so sustainably. The company’s committed to evaluating and improving its circularity efforts through the New Plastics Economy initiative and the CE100 network. As of our latest Rankings release, Aptar reported sourcing nearly half of its global energy use from renewables. At the end of 2020, Aptar released updated numbers showing that 85% of its global electricity use came from renewable sources. 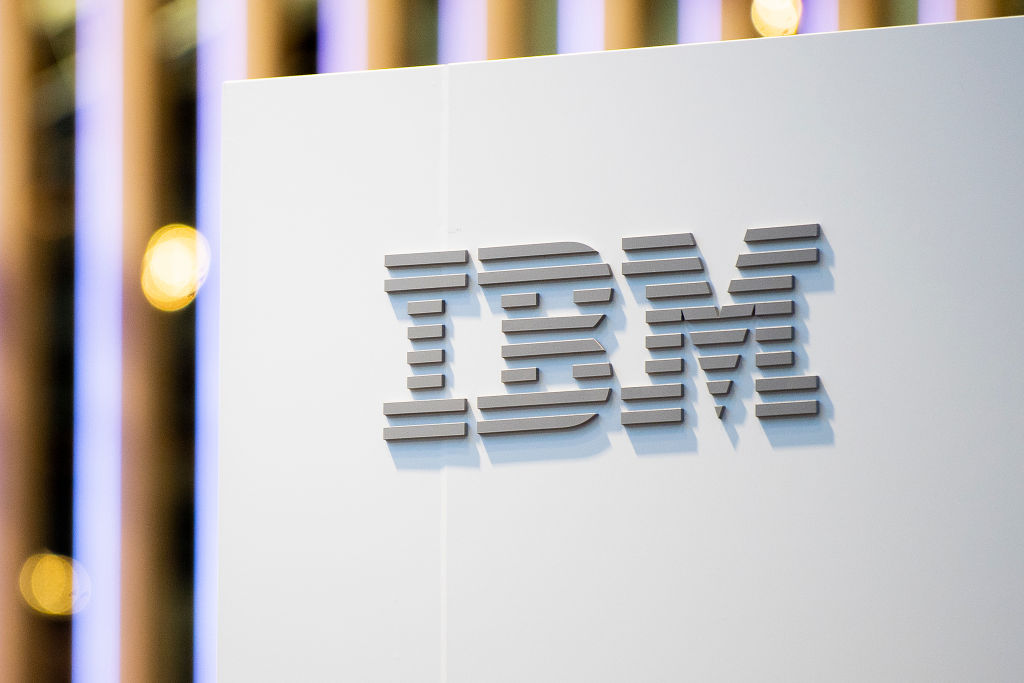 An IBM logo outside the company’s booth at the 2019 Mobile World Congress. (David Ramos/Getty Images)

IBM has set an ambitious target of reaching net zero emissions by 2030 – a notable goal given many companies are aiming for a 2050 timeline. The company’s roadmap to net zero includes existing technologies like carbon capture. IBM also discloses indirect emissions, known as Scope 3 emissions, from its value chain tied to business travel. The company powers 50% of its data centers with renewable energy and sources 40% of its global electricity use from renewables. IBM also uses recyclable packaging and offers take-back services for its products. 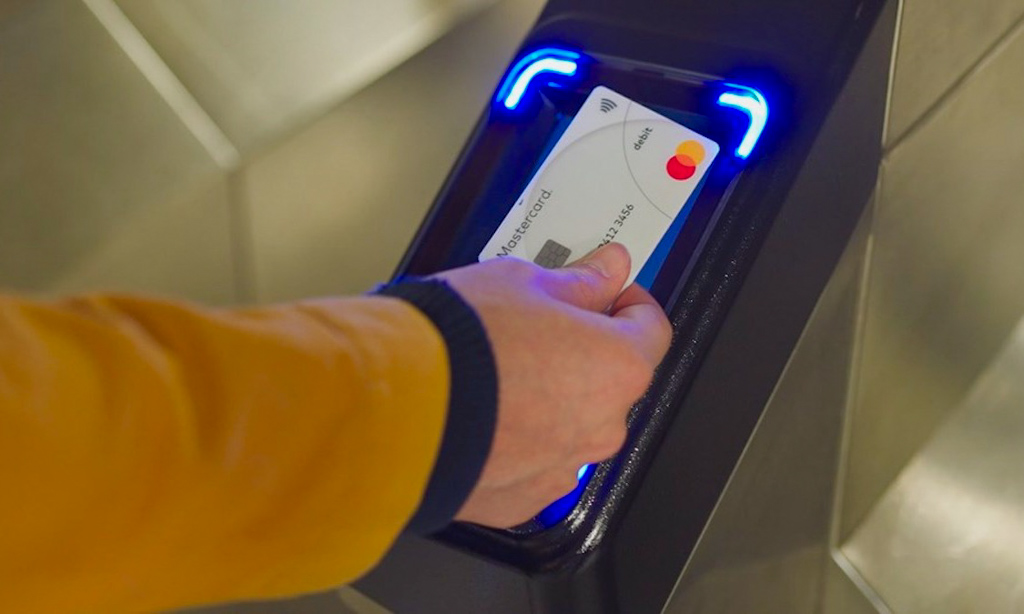 Mastercard is committed to tackling climate change through setting a net zero by 2050 target. The company reported reaching a milestone of powering global operations with 100% renewable electricity in service of its net zero goal. Mastercard also recently announced that it’s issuing a $600 million sustainability bond and tying executive bonuses to ESG goals – with an emphasis on progress toward its net zero target. Last year, Mastercard launched the Sustainable Card Materials Directory, a supplier directory that’s allowed 88 financial institutions to issue 10 million cards made from sustainable materials. 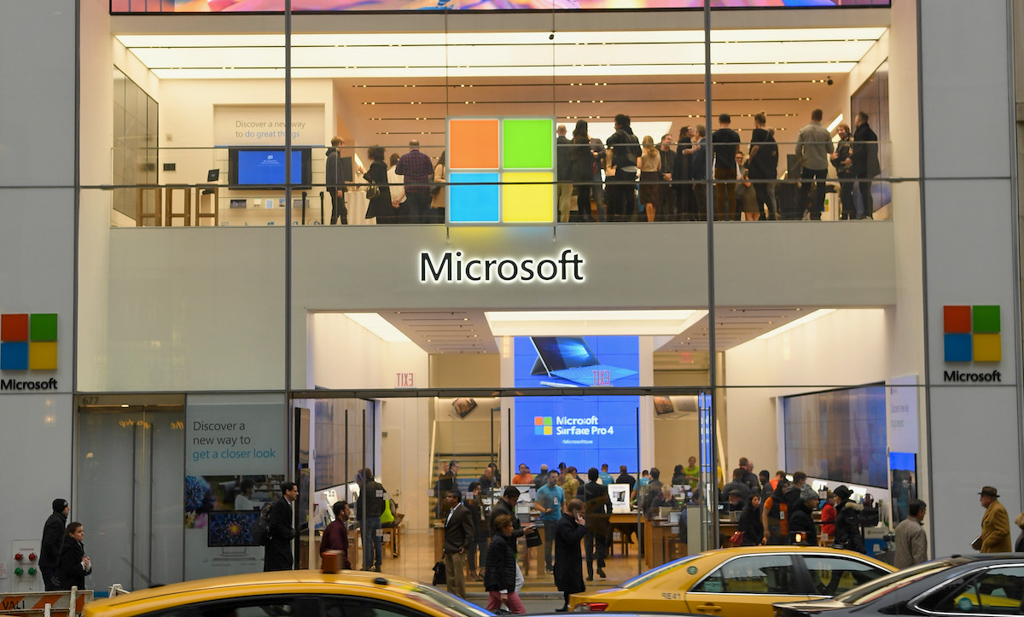 Software company based in Redmond, Washington – Ranked 1st in America’s Most JUST Companies

Last year, Microsoft made a commitment to becoming carbon neutral by 2030 and carbon negative by 2050. The company’s since issued a progress report on lessons learned in putting these goals into action. In 2020, Microsoft also set a target to achieve zero waste by 2030. To reach that goal, the company’s building centers to repurpose servers and hardware from data centers, implementing 100% recyclable packaging, and investing in a system to digitize waste data. 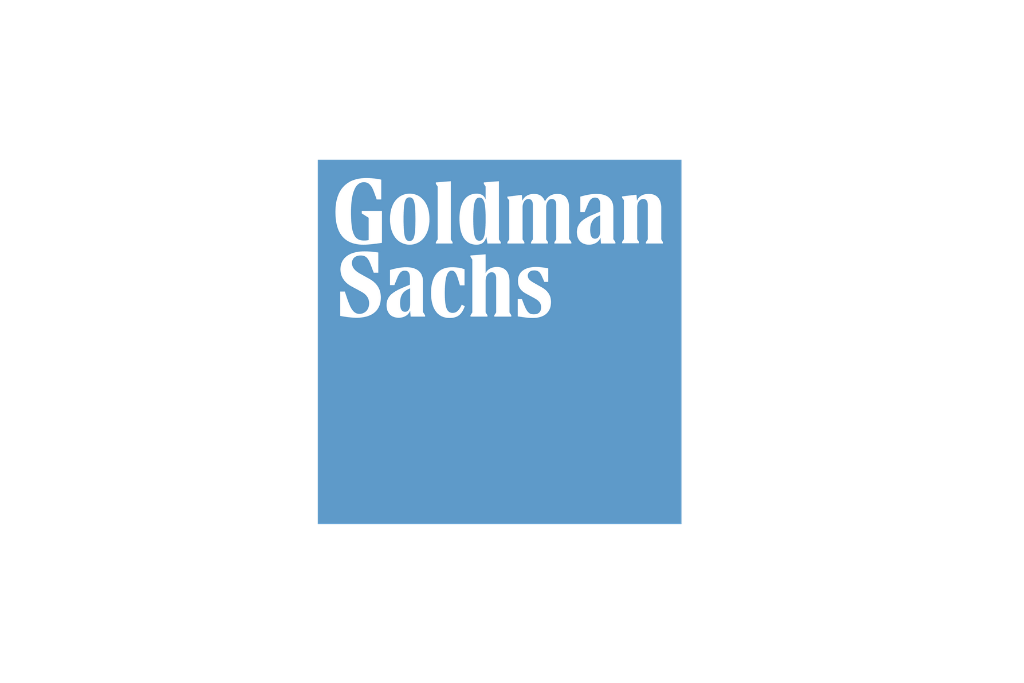 Goldman Sachs is leveraging its core business model to address climate change. The firm has allocated $750 billion in financing, investing, and advisory services through 2030 to this priority. One year after setting this target, it reported having put $156 billion toward sustainable finance. Goldman Sachs also recently committed to aligning its financing activities with a net zero by 2050 pathway and targeting net zero emissions in its supply chain by 2030. 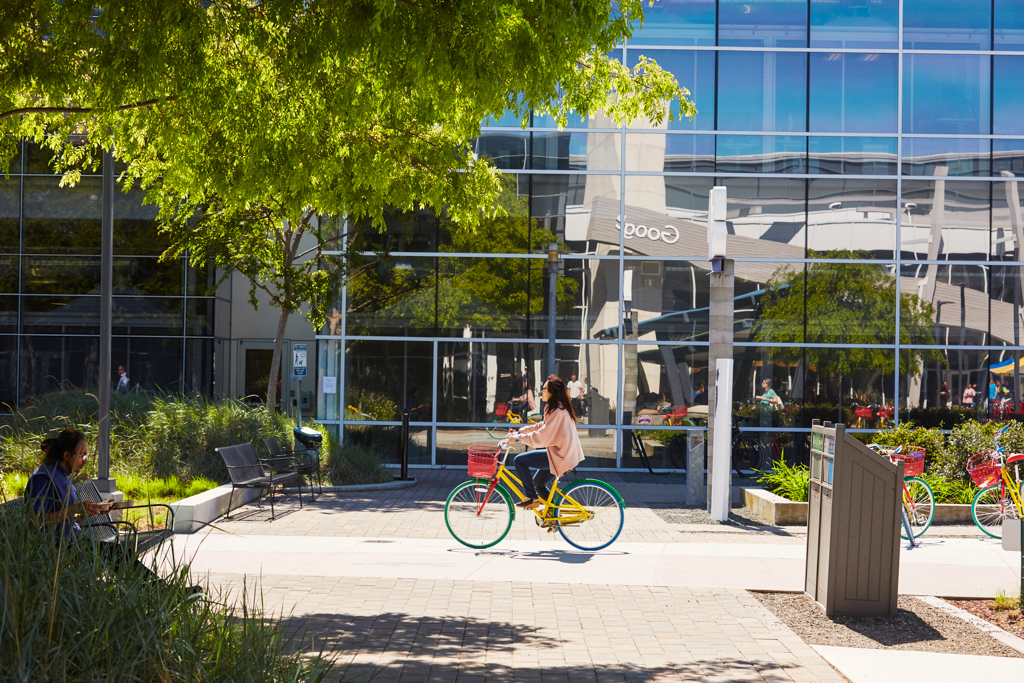 In 2020, Alphabet became the first company to erase its carbon legacy – leading to a lifetime net carbon footprint of zero. Alphabet also earned the number-one spot among companies we rank for its usage of renewable energy. The company is committed to powering its data centers and campuses with 100% carbon-free energy by 2030. 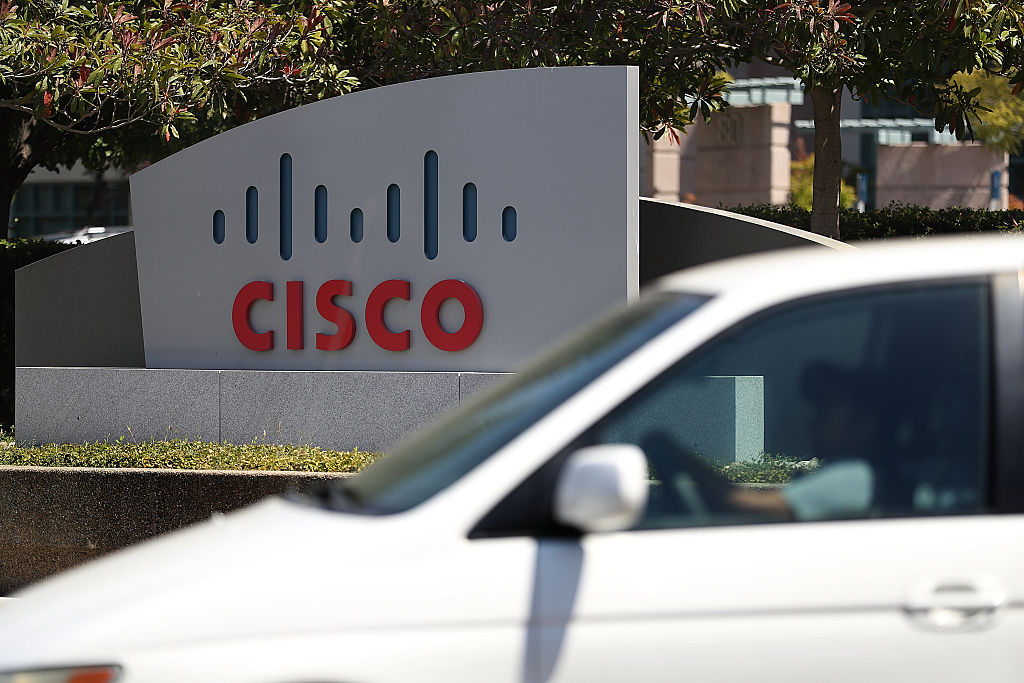 Cisco Systems tied for the number-one spot for its dedication to sustainable products and services among the companies we rank. The company’s commitment to circularity shows up in its product take-back program, use of recyclable packaging, and incorporation of recycled materials in its products. This week, Cisco also announced a $100 million investment from its foundation in climate solutions and community climate education programs not captured in our 2021 rankings. 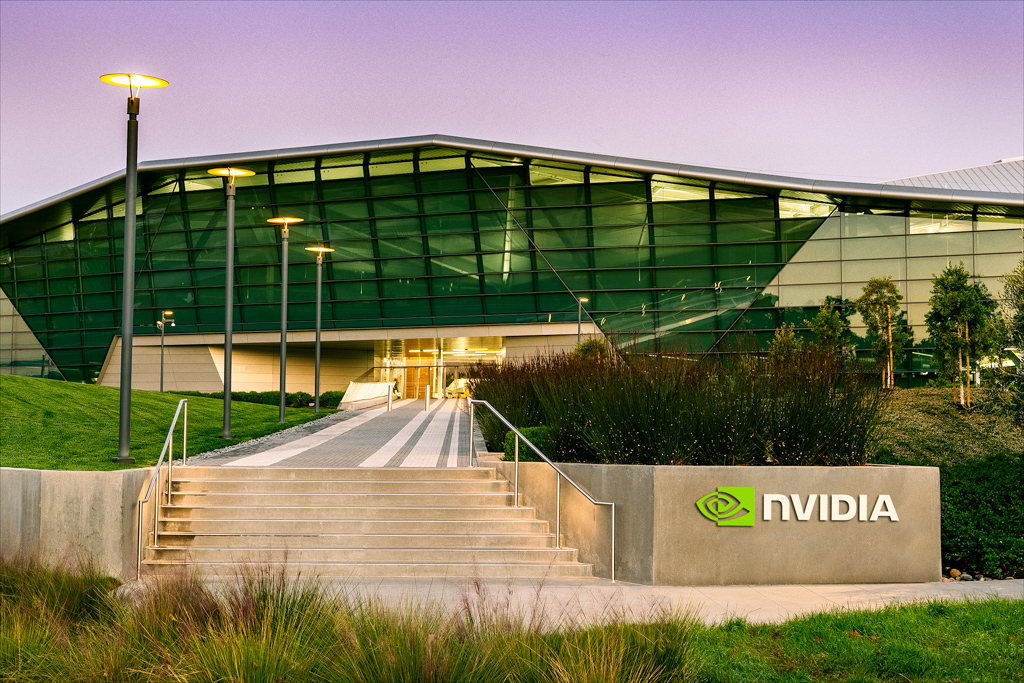 NVIDIA is focused on product sustainability and pollution reduction. The company reported improving energy efficiency for its graphic processing units by 30% and reducing its packaging materials by 15%. In addition, NVIDIA has stopped use of foam for packaging, relying on recyclable materials. While not captured in our most recent Rankings, last year the company announced a goal of sourcing 65% of global electricity use from renewables by the end of 2024. 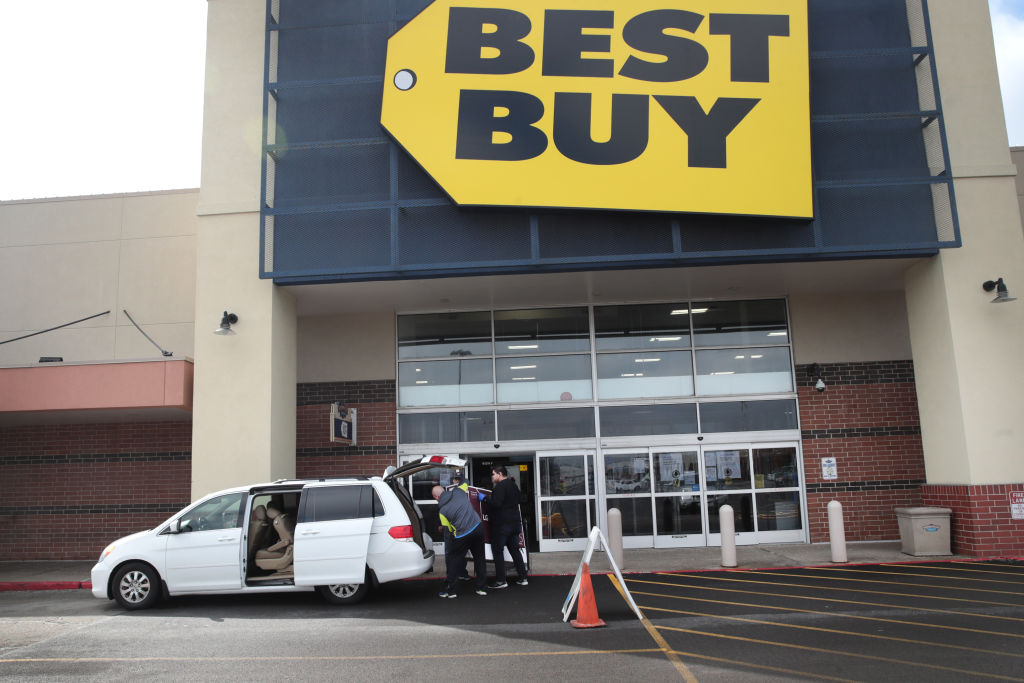 A Best Buy customer has a purchase delivered to their vehicle early in the COVID-19 pandemic. (Scott Olson/Getty Images)

Electronics retailer based in Richfield, Minnesota – Ranked 25th in America’s Most JUST Companies

Best Buy came in at number-one among retail companies we rank for its performance on the environment. The company leverages its sweeping value chain and customer base to collect and recycle electronic waste. In 2020, it collected 204 million pounds of electronic waste, bringing its total collected over the last decade to more than two billion pounds.

Data used in the analysis for this article were collected as of June 2020 and used to produce our 2021 Rankings of America’s Most JUST Companies.

Sam Schrager contributed to this article.