If I didn’t hear this African proverb from my 90-year old Grenadian grandmother, I heard it often from many of the other Black women who raised me: “If you educate a man, you educate an individual, but if you educate a [Black] woman, she’ll educate a nation.” I’m not sure that this is exactly how this proverb goes, but I firmly believe the core of it rings true. From the fight to desegregate schools in the 1960s, the passage of the Voting Rights Act of 1965, to the creation of the #MeToo and #BlackLivesMatter movements, Black women have been fighting for the rights of all citizens in this country for centuries. It’s no surprise then, to see countless Black women shepherding policies to advance worker policies, customer treatment, investment in communities, and environmental protection, at some of the largest companies in the world.

On Thursday, Thasunda Brown Duckett, currently the chief executive of Consumer Banking at JPMorgan Chase, was named the new CEO of TIAA, effective May 1. And back in January, Starbucks COO Rosalind Brewer was named the CEO of Walgreens Boots Alliance, effective March 15. Once they step into their new roles, Brewer and Duckett will be the only Black women serving as Fortune 500 CEOs, and just the third and fourth Black women to ever lead Fortune 500 firms. Both women have made significant strides in their careers to build more sustainable practices within their organizations, and in their new roles as chief executives they will be well-positioned to continue driving change, particularly as we emerge from one of the most challenging years in recent history.

Since the early months of 2020, the impacts of COVID-19 and the ensuing economic downturn have caused an estimated 2.2 million women to be displaced from the U.S. labor force, losing 156,000 jobs in December alone. And many of these jobs were held by women of color – particularly Black women, who have historically faced undue barriers to advancement and have been among those most keenly vulnerable to the pandemic’s rippling impacts.

In the face of a year that has disproportionately and devastatingly affected the Black community – in the workplace and beyond – it’s more important than ever to shine a light on the work that Black Americans, and specifically Black women, have been doing for years to create more sustainable, inclusive, and just companies. Black women leaders have been driving change on some of the most critical issues of our time – including gender equity, paid family leave, environmental justice, economic empowerment, racial equity, and systemic workplace racism – all while facing massive wage inequality.

Today, as we reach the close of Black History month, we are celebrating the achievements of some of these Black women leaders, including Brewer and Duckett, though their contributions are something we should acknowledge daily. While this list is by no means fully comprehensive – and there are millions of Black women who have contributed in less visible ways to building a more just economy – it’s meant to showcase that Black excellence is core to the DNA of every company, and creates change that impacts the lives and future of all Americans. 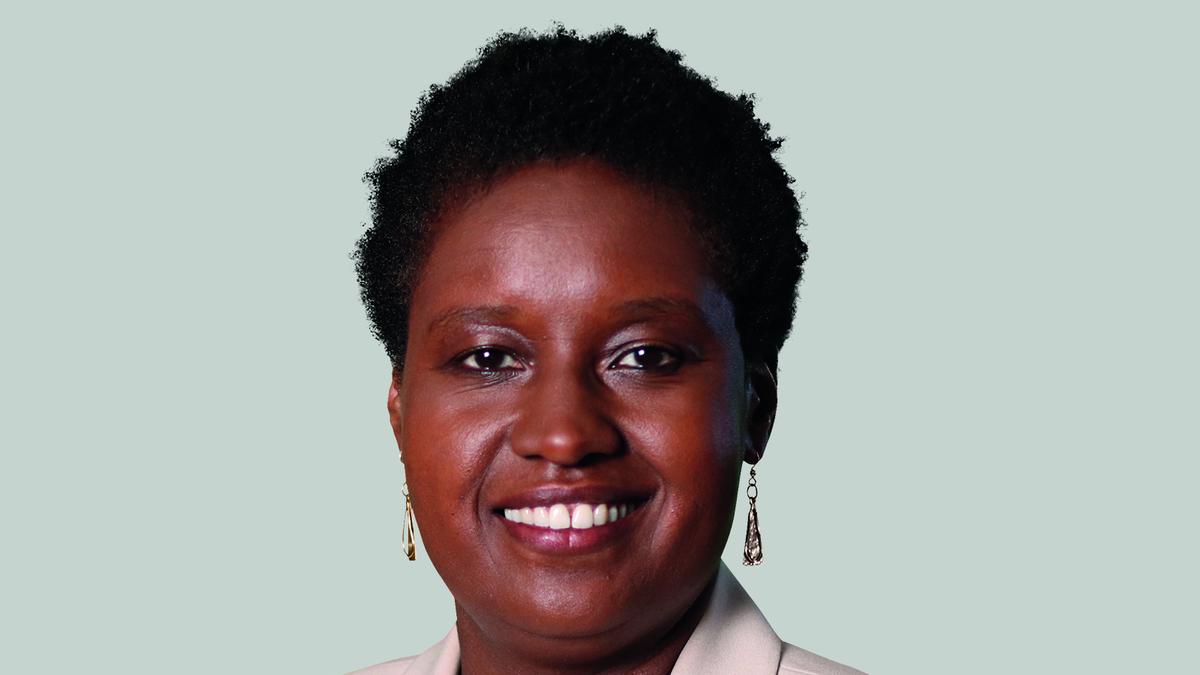 At Mastercard, Marla Blow leads the Center for Inclusive Growth, and she and her team are focused on closing the opportunity and wealth gaps by promoting financial security and making economic development more inclusive, specifically for Black communities that have been systematically disadvantaged for decades. Mastercard – the No. 1 company in our Rankings for Consumer & Diversified Finance – has built a major global initiative focused on financial inclusion, working toward bringing one billion people into the digital economy by 2025. The company has already brought 500 million unbanked individuals into the global financial system. At the start of the COVID-19 pandemic, Blow announced a $500 million investment toward making financial tools and services more affordable and accessible for Black communities as well as investing heavily in Black-owned small businesses. 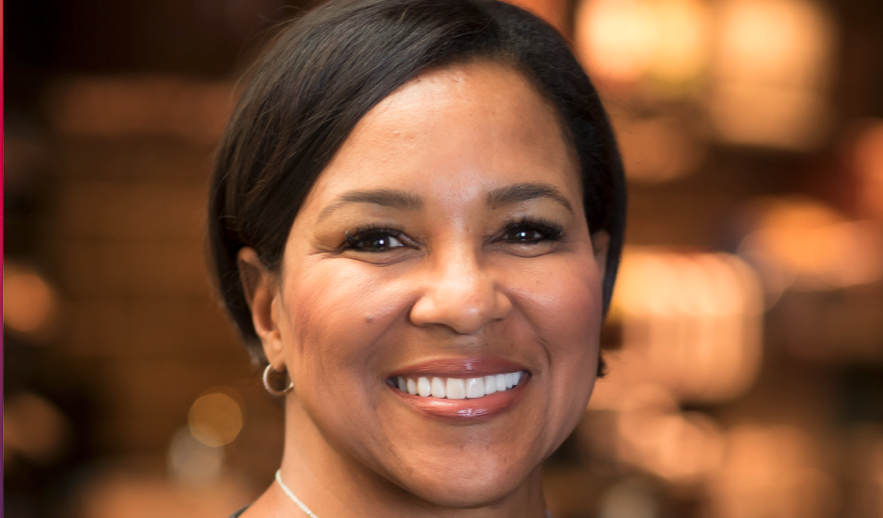 Brewer spent the last four years serving as the COO at Starbucks, and the prior five years as CEO of Sam’s Club, and she also sits on Amazon’s board. During her time in the C-suite, she has been outspoken about the challenges she’s experienced as one of very few Black women at the senior executive level. From explaining how she’s experienced bias throughout her career to implementing initiatives to challenge the status quo, she’s been a true leader on sustainability issues for decades. In her new role as CEO of Walgreens Boots Alliance, Brewer will be in a position to continue to drive change on issues she’s focused on during her career, from addressing racial bias in the workspace to implementing environmentally sustainable practices. 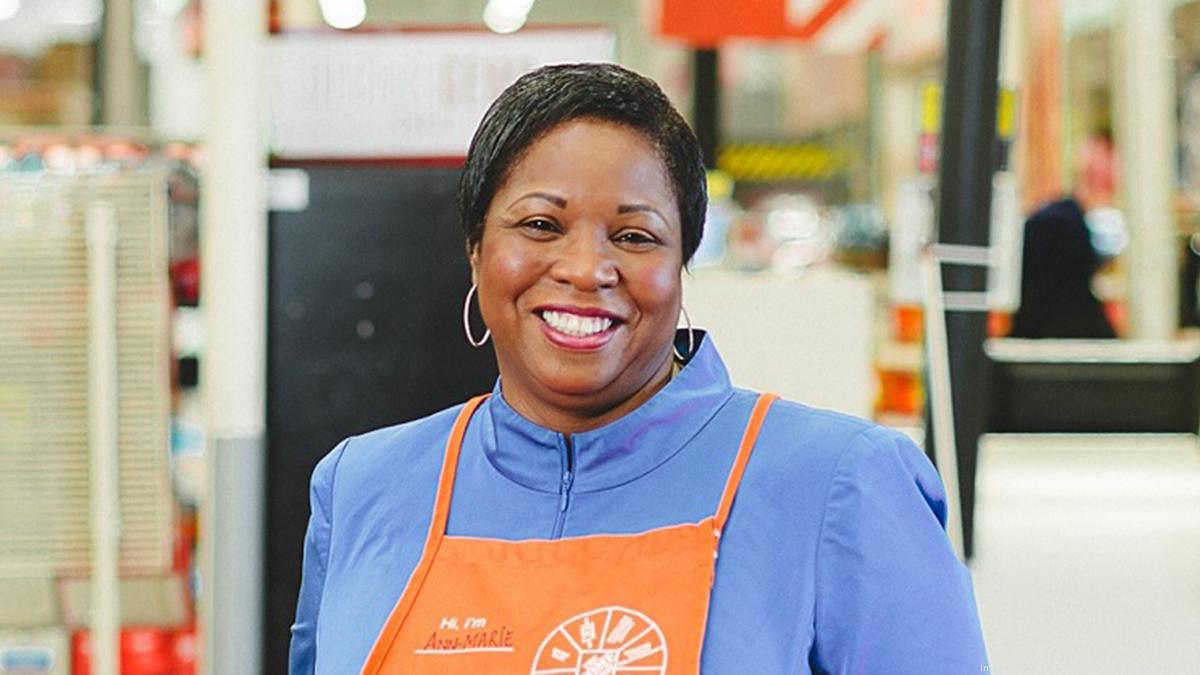 JUST 100 company Home Depot stood out in the first days of the COVID-19 pandemic when it offered employees hazard pay and the maximum amount of paid leave, 24 days, which far exceeded the CDC guidelines. As days of lockdown turned to weeks and then months, the company then converted hazard pay to permanent wage increases for its employees. It’s no surprise that Ann-Marie Campbell, EVP of U.S. stores and international operations, leads by empowering associates and providing innovative solutions, like fixed schedules for associates, as well as championing inclusion and diversity. Campbell began as a part-time cashier and built her career over more than three decades, and is committed to building a workforce that looks like the communities Home Depot serves. 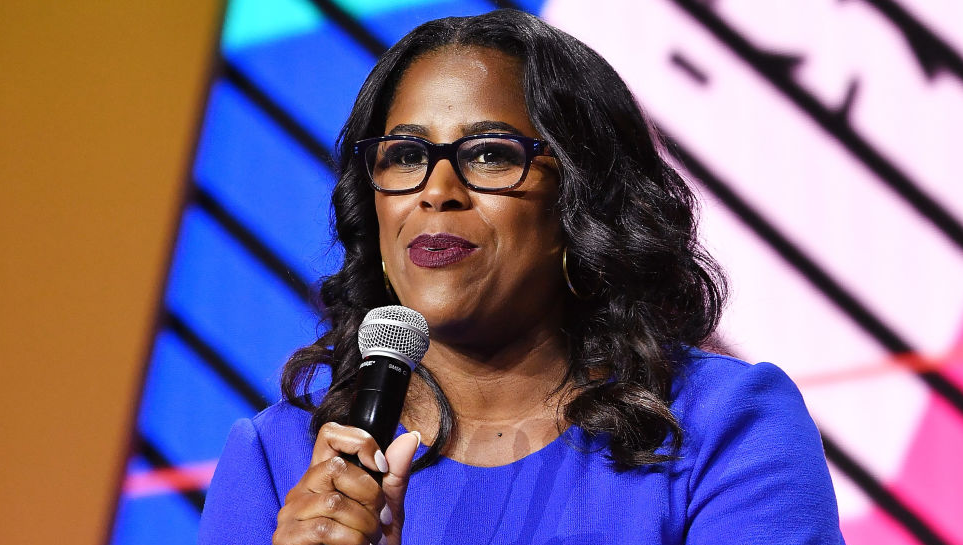 During her time at JPMorgan Chase, Duckett has been a vocal advocate for closing the wealth gap between Black and white Americans. She’s served as the executive sponsor of the bank’s Advancing Black Pathways program, which helps Black Americans generate wealth and educational outcomes and strives to develop career success by closing historical achievement gaps. JPMorgan Chase, 6th overall and 1st in the Banks industry in our Rankings, has invested deeply in Duckett’s program and has also committed a total of $30 billion to advance racial equity over the next five years, specifically focused on providing economic opportunities to Black and Latinx communities. In her new role as CEO of TIAA, Duckett will bring a wealth of experience to another space in the financial sector that is similarly struggling with these issues, continuing to drive change for under-resourced communities across America. 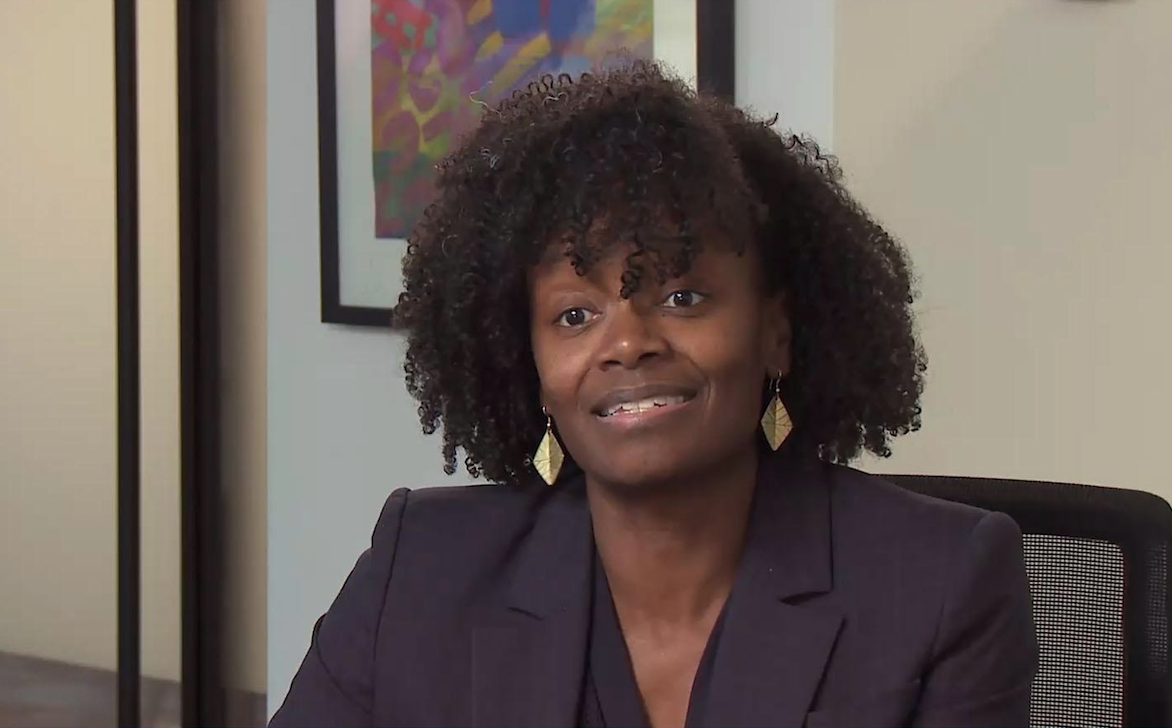 Pfizer, ranked 13th in the Pharmaceuticals & Biotech industry, has created a new Social Determinants of Health Program, the focus of which is to advance health equity and reduce disparities in health outcomes for Black communities across America, starting with the funding of 10 organizations. Foster co-chairs the Multicultural Center for Excellence, which has focused on addressing the root causes of inequity in the company’s communities by partnering with organizations working to advance social and health equity. With its commitment to providing access to care for all, the company is actively engaging its communities while acknowledging the inequities exacerbated by the COVID-19 pandemic. 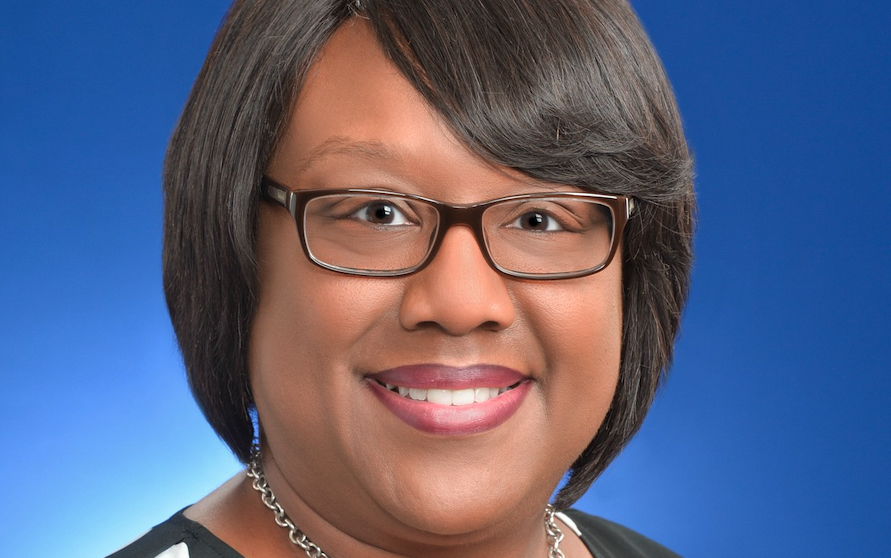 JUST 100 company Eli Lilly sprang into action at the onset of the COVID-19 pandemic by joining a cross-industry collaboration with the Bill & Melinda Gates Foundation to accelerate the development, manufacturing, and delivery of vaccines. During the development of a COVID-19 antibody, Harper’s team led efforts to protect third party groups, including companies researching COVID-19 treatments and vaccines, federal and international agencies involved in the response to the pandemic, and overwhelmed hospitals increasingly targeted by cyberattacks. 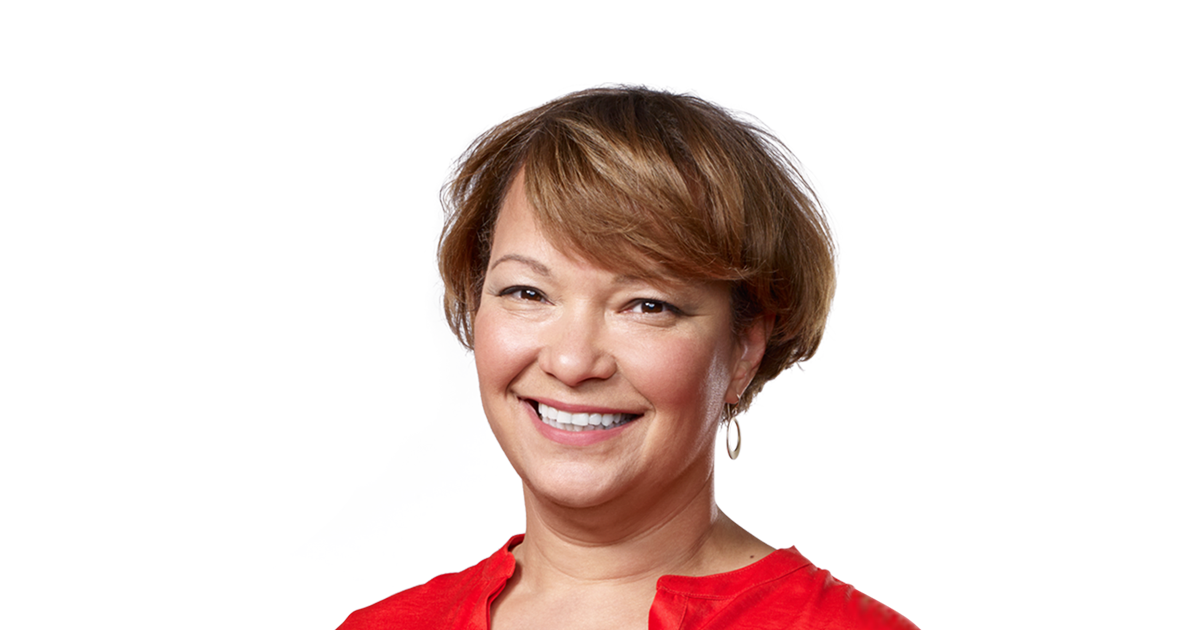 Apple has always been committed to driving innovation across all aspects of its business. As part of the company’s continued commitment to innovation, Lisa Jackson, Apple’s VP of Environment, Policy and Social Initiatives shared with us that the company is striving to “meet these challenges head on, and work toward a safer, healthier future.” Not only has she overseen Apple’s commitment to the environment – including its efforts to power all of its facilities across the globe with 100% renewable energy – but after the killing of George Floyd, Jackon’s team launched a Racial Equity and Justice Initiative project aimed at challenging systemic racism and advancing racial equity in education, the economy, and the criminal justice system. The $100 million initiative provides an HBCU innovation and learning hub and coding academy, invests in venture capital and banking programs designed to provide capital to minority-owned businesses, and works with local organizations to empower and expand opportunity for the next generation. 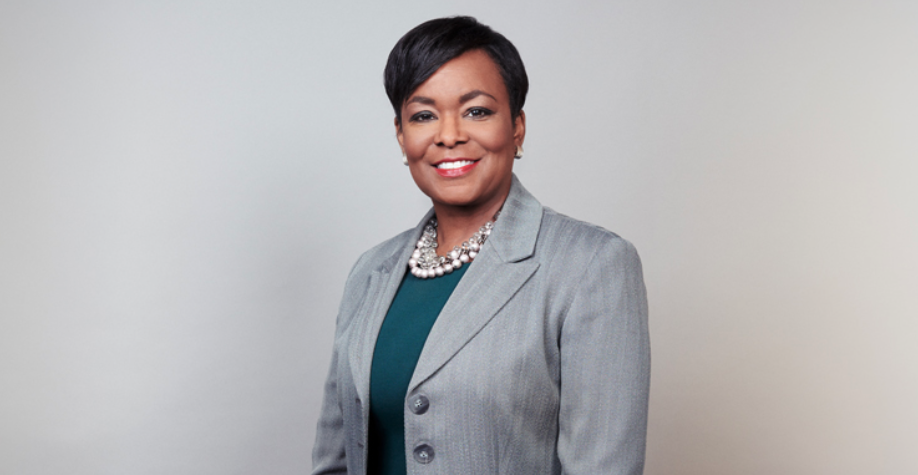 Kirk and the Verizon team have long been committed to weaving their CSR mission into the company’s overall strategy and focus. In their work to address barriers to digital inclusion, enable connectivity for those who need it most, and create opportunities for individuals, communities, and small businesses to thrive, Kirk and her team are reshaping the role that their technology can play in uplifting some of the most vulnerable members of society. Last year, Kirk launched the ambitious Citizen Verizon initiative, aimed at providing 10 million young people with digital skills training by 2030, providing digital resources to one million small businesses by 2030, achieving carbon neutrality for Verizon by 2035, and training 500,000 people for jobs of the future by 2030. 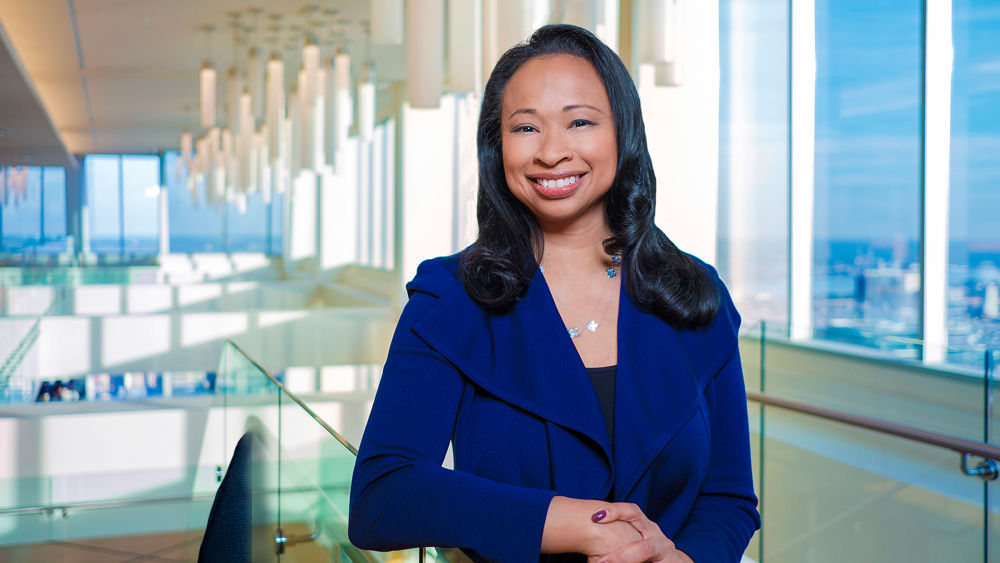 Wilson-Scott oversees the company’s Diversity, Equity and Inclusion and Community Impact efforts in addition to the Comcast NBCUniversal Foundation. In her role, she spearheads launched Comcast’s $100 million commitment to advance social justice and equality and she has also been deeply involved in the company’s digital equity efforts. Wilson-Scott has worked to accelerate a shift in Comcast’s workplace culture, focusing on workforce diversity and bolstering support of long-standing DE&I initiatives like talent pipelines, Employee Resource Groups, and employee volunteerism. She also implemented Comcast’s RISE initiative, founded to support BIPOC-owned small businesses hardest hit by the effects of COVID-19. To date, the program has awarded more than 700 Black-owned small businesses with marketing and technology resources and makeovers. In partnership with NBCUniversal, she has also driven advanced efforts to amplify underrepresented voices and culturally representative stories through NBCUniversal’s content programming.

There Are Nearly 10 Million ‘Bad Jobs’ at the Largest U.S. Companies. Why Zeynep Ton Says Now is the Perfect Time to Change This Status Quo. 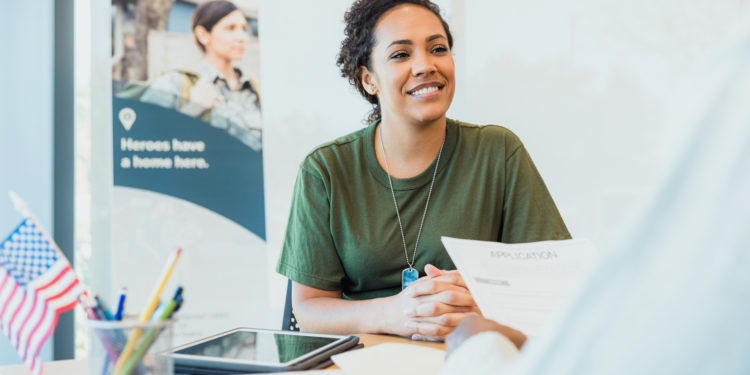