In 2017, the first year of EPA data from the Trump administration, a total of $1.6 billion in penalties were assessed, down from the 2016 record of $5.9 billion. Against this backdrop of fluctuating penalties levied by the EPA, how are companies performing – both when it comes to just business behavior and financial performance? Is there a link between environmental fines and shareholder return?

Through our JUST Alpha research, we’ve found strong evidence of a correlation between just business behavior – including worker treatment, fair pay, and ethical leadership – and outperformance in the market. When it comes to environmental impact, we’ve similarly found that companies incurring fewer fines are also reaping higher returns, suggesting that strong financial performance is supported by environmentally responsible behavior.

Let’s dig into the details:

The Priorities of the Public

Since 2015, JUST Capital has surveyed more than 81,000 Americans in an effort to identify the issues that matter most to them in defining just business behavior today, and each year we use the results of that survey research to rank the largest, publicly traded U.S. corporations on how they measure up to the priorities of the public.

In 2018, Americans identified the Environment as one of the key issues of just business behavior, and believe that a just company:

Over the past three years, the companies JUST Capital ranks have paid $1.7 billion dollars in fines, equivalent to roughly 22 percent of all that were levied by the EPA, and the average company we analyze pays $44 in environmental fines, each year, for every million dollars of revenue. And while companies in virtually every industry paid environmental fines, their distribution was highly variable. Leading the pack were companies in the Chemicals industry, which paid $1,379 in fines per year, for every million dollars of revenue, while the median company in 29 of the 33 industries we track paid zero. We looked at the percent of companies in each industry that incurred fines over the past three years, ranging from zero to 78 percent, and found that 88 percent of all environmental fines came from only two industries – Chemicals and Oil & Gas. 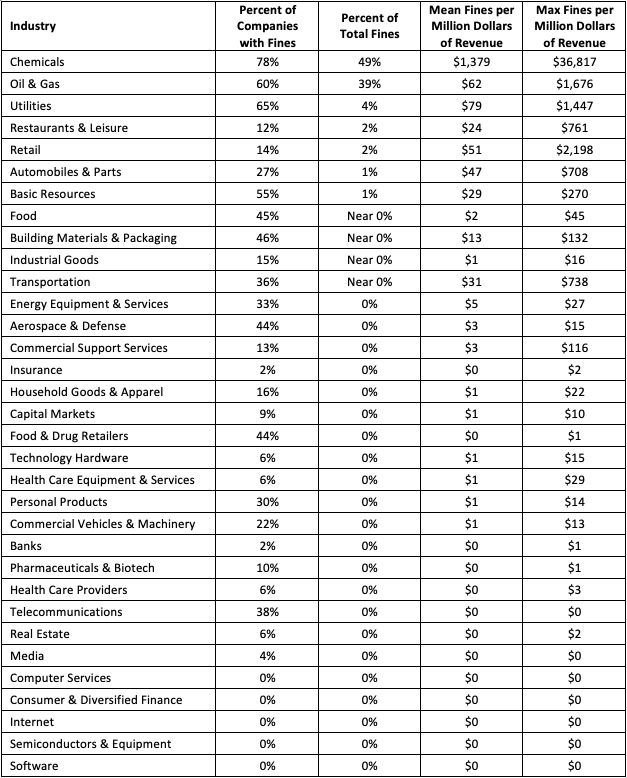 The Financial Case for Environmental Responsibility

In 2016, JUST Capital produced the JUST U.S. Large Cap Diversified Index (JULCD), which tracks the top 50 percent of companies ranked by JUST Capital by industry. Cortina’s research has also shown that this Index has outperformed the Russell 1000 benchmark, with higher Sharpe ratios and only moderate tracking risk, while at the same time performing strongly on multiple ESG metrics. 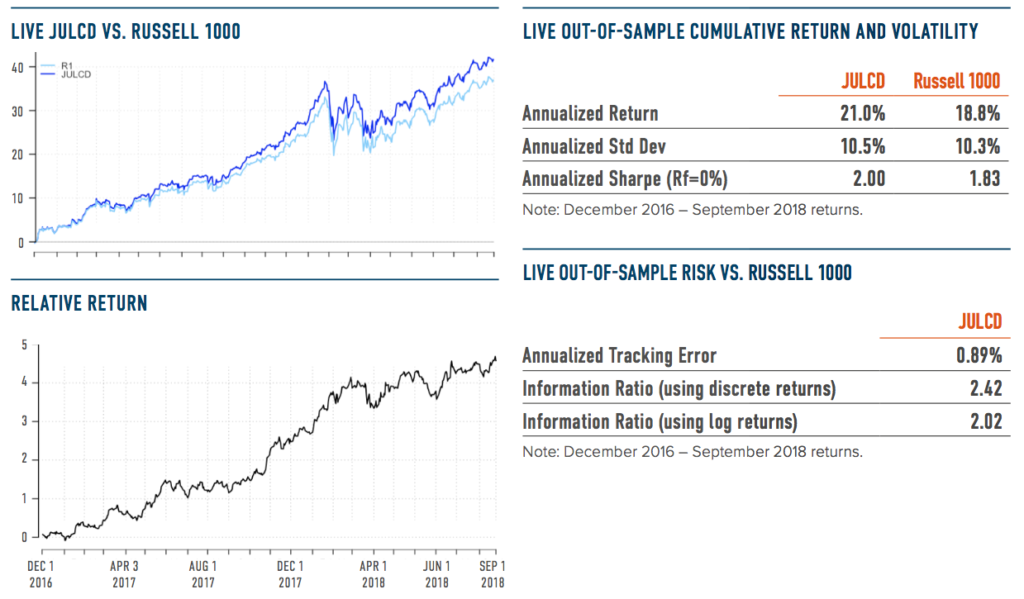 While we can’t conclusively say that companies with stronger environmental performance – or stronger ESG performance as a whole – outperform their peers in the market, our research has shown an undeniable correlation between financial performance and just business behavior. In the coming year, we will continue to track companies based on how well they measure up to the priorities of the American public, including environmental impact, in an effort to better understand all the ways in which companies that do good also do well.