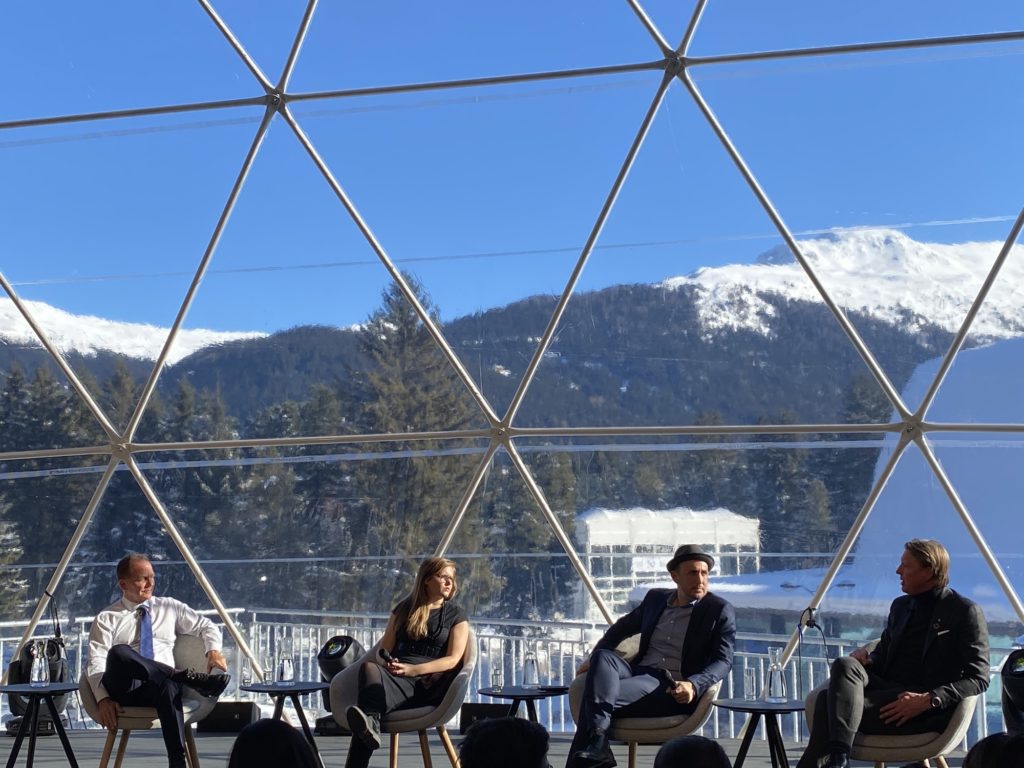 This week, JUST Capital joined world leaders at Davos as a key voice at the table in advancing the core theme of this year’s World Economic Forum: Stakeholder Capitalism.

JUST Chairman and Co-Founder Paul Tudor Jones led the conversation around how our mission to build a more just economy, along with our research, data, and tools, uniquely position us to meet the moment of stakeholder capitalism. From CNBC’s Squawk Box to Forbes’ Reimagining Capitalism panel to Paul’s conversation with EY CEO Carmine Di Sibio on the WEF stage and Martin’s participation in the WEF’s IBC standards framework dialogue, we highlighted the growing urgency to transform our current economic system to one that better serves the needs of all its constituents – and how we play an essential role in doing so.

Here are our five top takeaways from the conversations we joined throughout the week:

Stakeholder capitalism is the systems reboot we need.

At Davos, we’ve found overwhelming agreement among corporate and world leaders that – while capitalism is the single most dynamic and powerful force for wealth creation the world has ever known – too many are being left behind. Unlike years past, there’s also been broad acceptance of what to actually do about it, namely, adopt stakeholder capitalism as the solution. During EY’s Breakfast – Long-Term Value: Moving from Ambition to Action, where Paul spoke alongside EY CEO Carmine Di Sibio – moderator Andrew Edgecliffe-Johnson of the FT described a decreasing allegiance to Milton Friedman’s shareholder primacy model at WEF this year.

Paul lauded the merits of Friedman’s position in 1970 – when inequality in the U.S. was one-fifth of what it is today and there existed a more egalitarian approach to wealth sharing in America – but emphasized that sharing has become vastly skewed over time, today prioritizing the 1%.

“Capitalism in its current form is not working for most people,” explained Paul in Tuesday’s Reimagining Capitalism panel hosted by Forbes, where he spoke with Chief Strategy Officer Alison Omens and Verizon CEO Hans Vestberg, “not just in America but throughout the world, and I think that’s why stakeholder capitalism is the central theme in Davos this year.”

While the Business Roundtable purpose statement and WEF’s amplified commitment to stakeholder capitalism feel like momentous steps forward, there is already palpable impatience for action. And perhaps even a backlash if actual action is not forthcoming soon. Shifting the ideal of stakeholder capitalism into practice will require honest enquiry into how exactly we do this. Everywhere we went, there was an embrace of stakeholder value creation and performance measurement, but questions over what, exactly, this means. What do we mean by value creation? Over what period of time? And for whom?

The biggest corporate announcements of the week tended to focus on environmental sustainability and the climate crisis. But what felt missing to us was a broader conversation around how companies are going to concretely deliver value to their most important stakeholder: Workers. “The American public has consistently told us the single most important measurement regarding just business behavior is how do you pay and treat your workers,” Paul shared in conversation with Di Sibio and Edgecliffe-Johnson at EY’s Breakfast. “It is far and away the most important metric.” Edgecliffe-Johnson followed up with an Op-Ed in Moral Money noting that there is a lot of talk in Davos about workers, but so far the words tend to be loftier than the actions.

We have pressed hard all week for C-suite leaders and directors to take one simple action when they step off the plane home from Davos, which is to perform a Financial Distress Test of their Workforce to really understand what percentage of workers aren’t making enough to cover their bills. PayPal’s leadership on this issue, which was widely discussed during the week, provides a concrete example of how to do this.

We need to simplify – and agree on – how we measure stakeholder performance.

Shifting from shareholder primacy to stakeholder capitalism means we need a new common set of metrics and standards. Right now we have an alphabet soup of metrics and patchy disclosure, which is a real risk for CEOs, boards, and investors. According to several executives we talked to privately, the multiplicity of metrics is destroying momentum, and there is overwhelmingly positive support for simplification and standardization. The most significant news discussed at both our WEF stakeholder capitalism panel on standards and another on corporate leadership with Klaus Schwab and Brian T. Moynihan, was a new set of metrics and disclosures from WEF’s International Business Council. The reporting recommendations from the IBC and the big four accounting firms include a set of 22 metrics across 14 themes of Principles of Governance, Planet, People, and Prosperity. There was deep support for this approach among attending CEOs and we believe it has real legs in terms of future adoption.

As an organization committed to measuring and improving stakeholder performance, we eagerly dug into the IBC framework and can confirm that our dataset for the 1000 largest public U.S. companies currently covers 13/14 of the proposed themes, and 19/22 of the proposed sub-themes. (We also have comprehensive data for Customer issues, a key stakeholder not captured in the proposed IBC model.) And because we have four years of corporate performance data on these metrics and more, JUST can translate the BRT and IBC frameworks into actionable insights to help companies benchmark and improve on these critical issues. We support the simplification push and will be in the thick of the action going forward.

At Wednesday’s EY Breakfast, Paul emphasized that shareholders and stakeholders must not be viewed as binaries companies must choose from, but rather with a holistic understanding of the ways that short-term investments into worker, customer, environmental, or community needs pay off in the long term.

“We have to think about the tail risks that threaten the current sharing arrangement,” Paul explained. “One tail risk is climate. So clearly all of us, including companies, will need to fall in line and pay to minimize that tail risk or there will be no shareholders.”

We’ve seen this play out when companies focus too myopically on driving investor returns. Boeing and PG&E are clear examples of the risks that arise when too much attention is paid to shareholders at the expense of all other stakeholders. Our own analysis has shown that higher performing companies in our Rankings tend to have lower downside risks than those that sit at the bottom of our list. 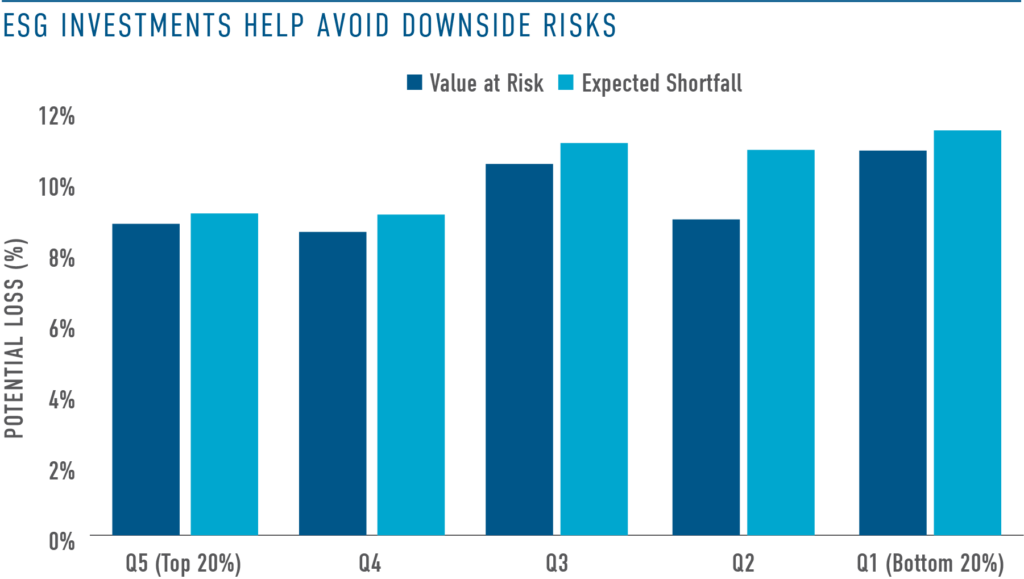 Nearly every conversation around stakeholder capitalism sparked a question around trade-offs and the new decision-making landscape CEOs and boards must navigate. Thankfully CEOs easily rebuffed the trade-offs argument, explaining that driving stakeholder value and shareholder value is an “YES/AND” issue, not an “EITHER/OR” issue.

A stakeholder-based framework is both morally responsible and good for business. A stronger middle class means a bigger consumer base. Alleviating poverty means more business opportunity and less pressure on the public sector. Prosperous communities provide a license to operate. A healthier planet means more sustainable use of resources and lower environmental risk. Stronger institutions means a more representative democracy. If business starts looking out for everyday people again, we will begin doing well by doing good.

One thought struck us during the week was that few organizations have the data and analysis that JUST has. We are not seeking to impose our standards or methodologies on the world – we are seeking to drive impact and that cannot be done at the end of the day without real and honest assessment of how to measure and track performance.

We know from years of work that benefiting shareholders and stakeholders is not a zero sum game – JUST Capital’s data clearly shows that the opposite is true. Compared to other Russell 1000 peers on average, companies in the JUST 100:

There are no guarantees, obviously, but the notion that stakeholder value creation leads to lower returns is simply wrong. You can also look to the results of the JUST Index: Since its inception on November 30th, 2016, the JUST Index (JULCD) returned 60.31% (55.14% for the R1000 in the same period), an outperformance of 517bps.

The message from Davos is clear. Leaders from both the private and public sectors agree that change is urgently needed. There has been crucial groundwork laid for next steps, and we are poised to help companies move from aspiration to action on some of the most pressing issues of our time – particularly income inequality, quality jobs, and worker well-being. The future of stakeholder capitalism is now – and the year ahead promises great change on the frontiers of this critical conversation. Stay tuned. 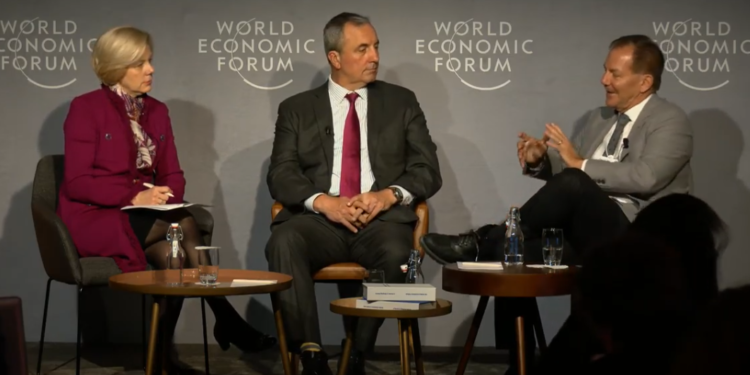 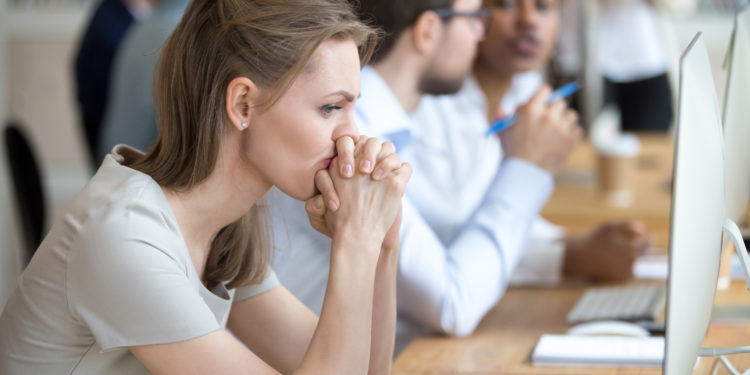 Davos Dispatch: Why CEOs Need to Focus on Financial Stability for American Workers in 2020