This week marks the 52nd annual Earth Day. For corporate America, the occasion typically sees a flurry of announcements and declarations of companies’ dedication to managing their environmental impact. This year, however, companies should also be preparing to take a further step in proving how they’re putting these commitments and statements into practice.

Last month, the Securities and Exchange Commission (SEC) introduced a new proposal that would require publicly listed companies to disclose certain climate-related impacts and metrics in 10-K Reports filed annually with the agency. The SEC’s move comes as stakeholders are looking for greater, and more standardized, transparency from companies on how they’re managing their environmental impact.

Recent polling from JUST Capital and SRSS, conducted in collaboration with Ceres and Public Citizen, found overwhelming support from the American public for public disclosure from companies on ESG issues and federal requirements for standardization. On the “E” in ESG in particular, 86% of Americans we polled, across political parties, were in favor of federal disclosure requirements for climate data.

The SEC’s move also comes as the need for more ambitious climate action becomes increasingly urgent. The IPCC, the UN’s climate research body, recently found that the world is currently on track for temperature increases more than double the 1.5°C goal set in the Paris Agreement. Last year, the Science Based Targets initiative (SBTi) announced that it would no longer verify targets from companies that were aligned with limiting global temperature increase to “well below 2°C.” The minimum level of ambition the verifying body is now accepting are targets aligned with limiting warming to 1.5°C, a significant determinant of the severity of global climate outcomes.

The bar for corporate climate policy is climbing. We took a look at how the 10 companies that top our 2022 Rankings of America’s Most JUST Companies for their environmental performance are helping raise it. All 10 companies we evaluated have a verified 1.5°C Science-Based Target, a goal only 7% of the Russell 1000 has set. Compared to their Russell 1000 peers, these 10 companies also on average emit 47x less greenhouse gasses and use 3.7x more renewable energy. The list below is in descending order.

VMware is a top performer on all Environment Stakeholder Issues. The company’s climate commitment is a verified 1.5 degree Science Based Target, and is informed by its goal to reach net zero emissions by 2030 across its operations and supply chains and its analysis on the carbon impact of remote work. VMware is also among the top five highest renewable energy users JUST ranks in the Software industry.

Software company based in Redmond, Washington – Ranked 3rd in America’s Most JUST Companies

Intuit ranks first among Software companies for its work to address climate change. The company set a verified 1.5°C Science Based Target in 2019 and Intuit’s next goal is a “climate-positive” one – aiming to reduce global emissions by 50x from its 2018 operational footprint over the next decade. Intuit also supports renewable energy options for its employees and collaborates with Project Drawdown’s Drawdown Labs, of which the company is a founding member, to innovate and finance high impact climate solutions like regenerative agriculture and refrigerant management.

Moody’s verified 1.5°C Science Based Target informs its rank as a top-five performer on climate change among companies JUST ranks along with its participation in launching the Net Zero Financial Services Provider Alliance, a part of the Glasgow Financial Alliance for Net Zero (GFANZ). Leading the Consumer & Diversified Finance industry with both renewable energy usage (74%) and recycling rate (78%), Moody’s has shown a commitment to Resource Efficiency and Sustainable Products metrics. Moody’s has also noted its plan to assess SBTi’s new Net-Zero Corporate Standard and use it as a framework to evolve its climate strategies.

Mastercard‘s commitment to managing environmental impact can be seen through its verified 1.5°C Science Based Target, 100% renewable energy use, and additional commitment to net zero by 2050, which was tied to its executive compensation along with other  ESG goals. Mastercard ranks first among companies in the Commercial Support Services industry for its environmental performance. The company also earned the number-one spot among all companies JUST ranks for its commitment to developing  Sustainable Products, exemplified by its partnership with Conservation International to create the Wildlife Impact Card Program.

PayPal has committed to both a verified 1.5°C Science Based Target and reaching net zero greenhouse gas emissions by 2040 with interim targets including 75% of its suppliers adopting Science Based Targets by 2025. PayPal, a participant in the Worker Financial Wellness Initiative, also puts its commitment to expanding access to capital into practice with its leadership in the Digital Finance for Climate Resilience (D4CR) Task Force. The D4CR is working to deploy digital finance solutions to build climate resilience for low-income, vulnerable, and remote populations.

A leader in the Retail industry, Etsy shows commitment to understanding and reducing its climate impact with its verified 1.5°C Science Based Target. Disclosing its complete environmental analysis in its 10-K Report increases accessibility and transparency of its commitments. Etsy has also offset emissions from its shipping operations since 2019 and assessed seven different Scope 3 categories to inform its net zero by 2030 goal.

HP’s commitment to managing environmental impact can be seen beyond its verified 1.5°C Science Based Target and through its number-three rank in its industry on sustainable products and services. HP offers energy efficient products and measures emissions from the use of its products as a part of its climate goals. Through these life cycle assessments HP has reduced its plastic packaging by 18% and has certified over 90% of its printers and 80% of its personal systems with Energy Star eco-labels, indicating superior energy efficiency.

PVH earns the number one rank in its industry for managing environmental impact due to its climate commitment verified by the Science Based Target initiative for a 1.5°C scenario and its performance on offering sustainable products. Leading the Household Goods & Apparel industry, PVH is one of seven companies in the industry to disclose the amount of cotton the company sustainably sources. PVH is also a member of the Sustainable Apparel Coalition.

Note: This data is based on JUST Capital’s evaluation of 954 companies from the Russell 1000 Index featured in our Rankings of America’s Most JUST Companies. 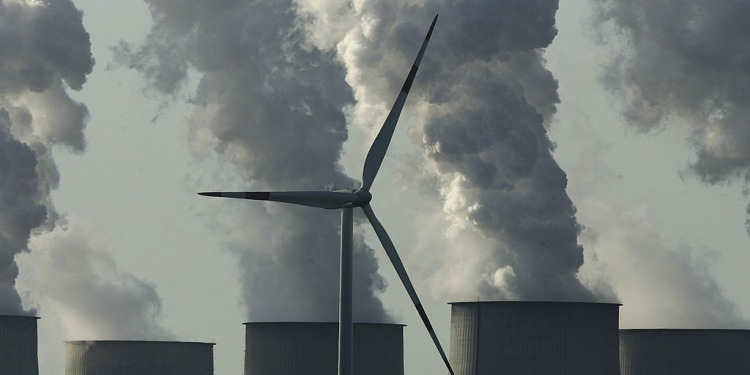