U.S. job creation is a top priority not only for the Trump Administration, but also for the American public, according to JUST Capital’s national polling efforts. In the retail sector, which employs 16 million people across the country, Amazon is the top ranked company in domestic job growth, adding some 160,000 jobs over the past 5 years, an increase of 400%. Best Buy, Sears Holdings, and JC Penney performed poorly in domestic job creation, cutting 180,000 jobs between them (see chart). 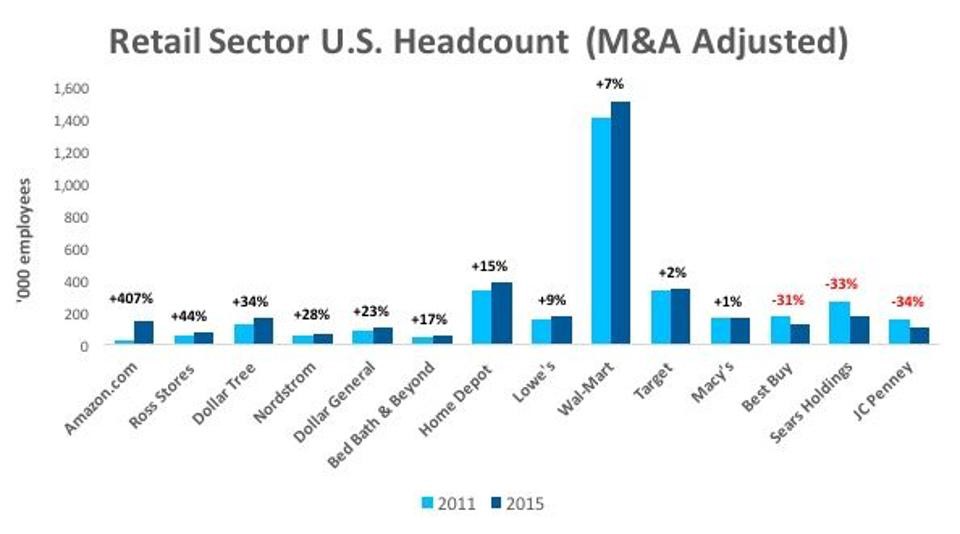 However, as the map shows, the e-retailer’s impact on the sector isn’t limited to prices and how people shop, but where Americans actually work today. 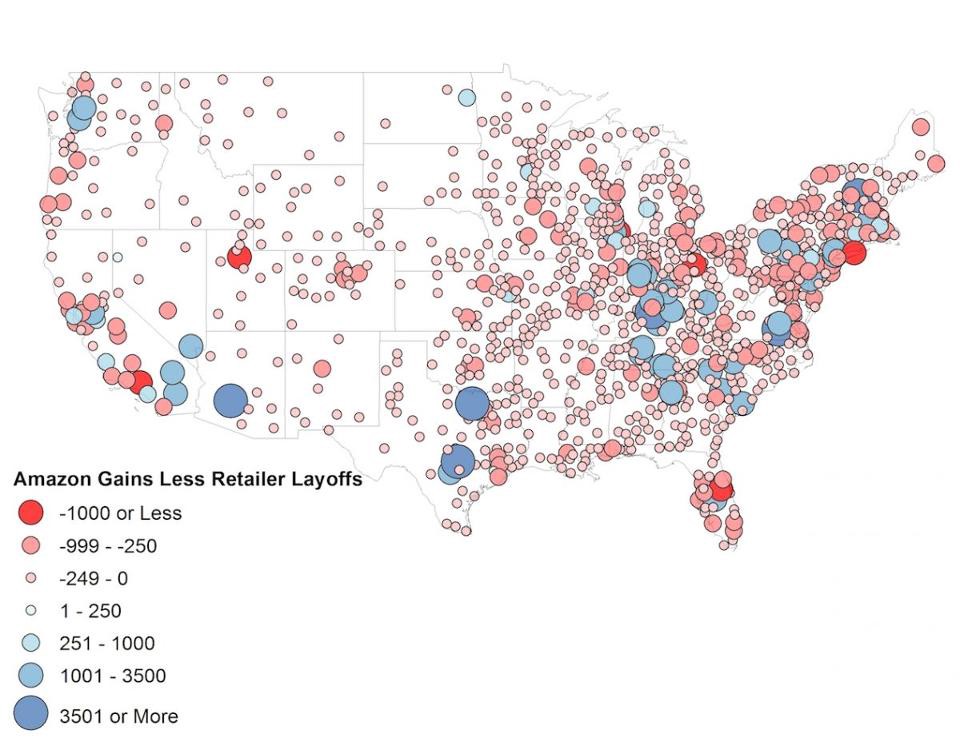 Amazon’s new jobs have been concentrated in 87 counties around the US, whereas 994 counties were impacted by job cuts at Macy’s, Sears Holdings (including K-Mart), and JC Penney over the same five year period.

While the addition of Amazon’s jobs is encouraging to the retail sector, they are clearly not a like-for-like swap for the losses. On a local level, the new jobs do little for the counties where these losses are hardest felt. Further, almost all the new jobs are in warehouse facilities, whereas the traditional retailer job losses are associated with large department store closures.

As consumer spending shifts online from brick and mortar, mall-based stores, these trends are likely to continue, and possibly accelerate. To further complicate this shift, warehouse and distribution center jobs are vulnerable to automation, spurred on by the overall downwards pressure on wages in the retail sector.

According to JUST Capital’s research, fair wages are also a top priority for the American public. As retail environments change, thousands of working families who depend on these jobs are likely to be impacted in the ways that matter most significantly to Americans. JUST Capital will continue to track how these changes affect wages and worker treatment in the retail sector as part of our ongoing ranking work.