The times we’re in are heavy. The national response to the police killing of George Floyd continues to grow, protests against police brutality and systemic racism are being held in cities across the globe, and demands for justice are emerging from all corners of society. City budgets, law enforcement practices, and national legislation are all shifting in this moment as the nation is reckoning with its deep-rooted history of racism.

Many corporations have responded by standing in solidarity with the Black Lives Matter movement – as well as explicitly supporting their Black employees – for the first time, with statements of support and commitments to change coming from board rooms, CEOs, and company leadership. But breaking the silence on racial injustice is just a first step, and while we’re encouraged by the initial moves companies are making to respond to the moment, corporate leaders must also acknowledge that serious work needs to be done to undo the hundreds of years of systemic injustice in this county.

As part of that, it is critical that companies also take this moment to examine the state of diversity and inclusion in their own workplaces, address inequities, and disclose results of both to provide a benchmark against which progress can be measured.

So what do the companies that are speaking up on racial equity disclose when it comes to the diversity of their workforces? To answer this question, we analyzed the 300 largest publicly traded U.S. employers to better understand how the private sector is taking stock of their diversity today.

Of the 300 companies we analyzed in our COVID-19 Corporate Response Tracker, 199 companies (about 66%) have made a statement in support of their Black employees and the Black Lives Matter movement, ranging from posts on corporate social media accounts to letters from boards of directors, and commitments to change from CEOs.

GM’s Mary Barra, for example, announced the commissioning of task forces and advisory boards as part of the company’s efforts to advocate for racial justice, while Intel included the creation of a global inclusion index in partnership with other companies in its 2030 corporate responsibility strategy and goals. Google and PepsiCo have both set clear targets to increase leadership representation of underrepresented groups by 30% by 2025. 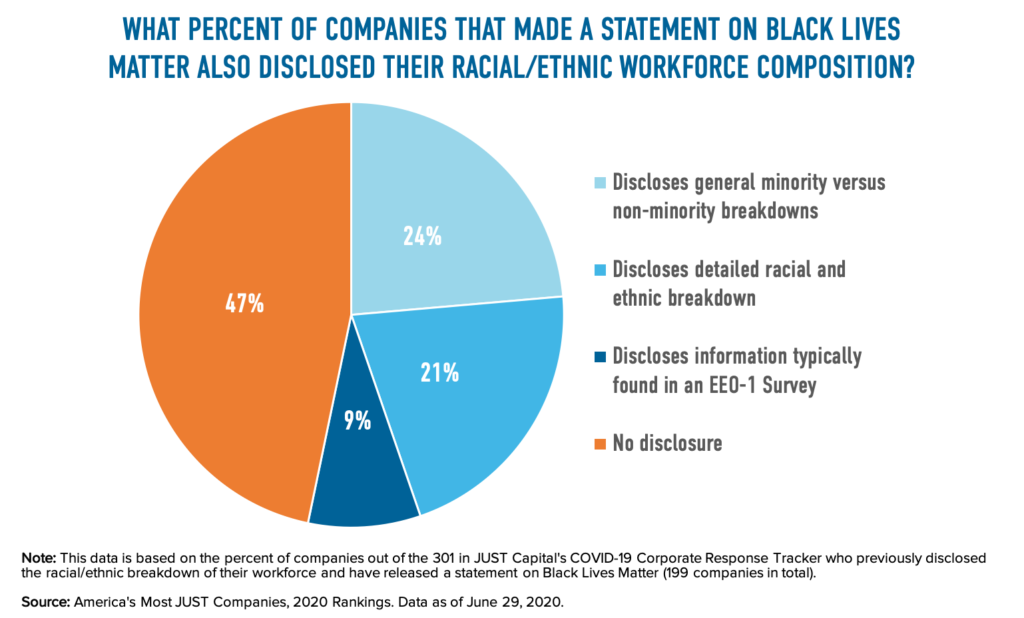 As more companies join the movement to support Black lives in the United States, they should also expand their disclosure on a variety of diversity, equity, and inclusion (DEI) topics, starting with their demographic data. There is considerable work to be done to address the long and pernicious history of injustices against Black Americans across all facets of our economy and society. But increased corporate disclosure represents a critical first step companies can take toward addressing inequities in the workplace and acknowledging their role in perpetuating them.

Over the next few weeks, JUST Capital will continue to unpack analysis on demographic data, as well as DEI initiatives, at the 300 largest publicly traded companies to showcase best practices and highlight what companies should consider as they continue to improve their own initiatives. 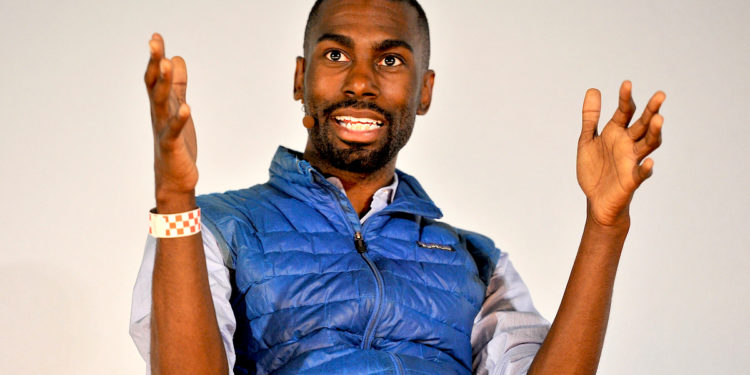 Activist DeRay Mckesson: If You Take Black Lives Matter Seriously, Now Is the Time to Step Up As a Corporate Citizen 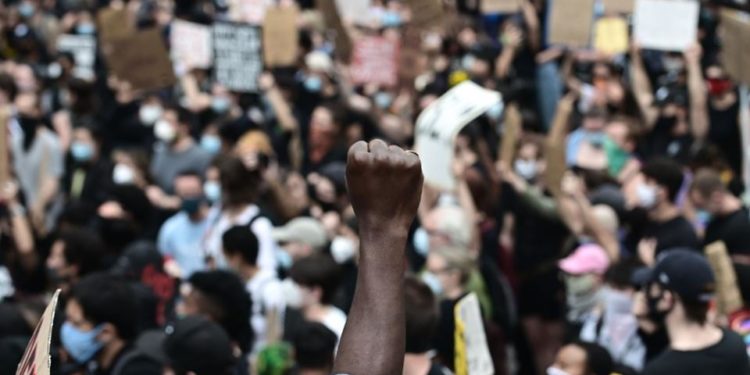 Corporate America: Speaking Up On Systemic Racism Is Only The First Step. Now Let’s Act.