With the tax reform bill moving closer to becoming law, companies’ tax burden will be significantly reduced and a huge cash windfall will be coming their way. Leaders in the White House and Congress proclaim that companies will invest money in a way that stimulates the economy, ultimately lifting wages and creating jobs. This move by Republican leadership, along with recent and potentially forthcoming cuts to the social safety net, means that companies have a significantly bigger responsibility to align their operations with the everyday interests of the American people. Corporations should take the windfall and invest it in those priorities – including higher wages, better working conditions, new jobs, healthier communities, and more – instead of returning most or all of it to shareholders.

Over the last three years we have polled over 72,000 Americans on their attitudes regarding just corporate behavior. The message is clear. Overwhelmingly, the American people believe that companies have focused too heavily on the needs of shareholders at the expense of all else, and must redefine how they measure success. With people increasingly willing to align their investments – from time to talent to dollars – with their social interests, we believe that there is significant risk – not to mention opportunity lost – if corporations ignore the voices of ordinary Americans and use the money only to benefit their investors. 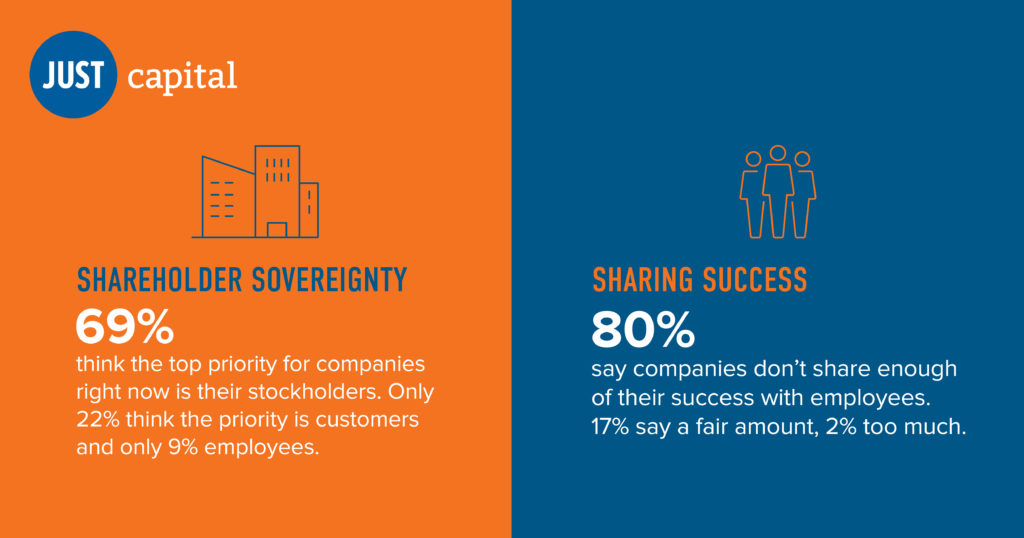 Many companies have already made clear their intentions to prioritize shareholders. CEOs from Coca-Cola, Cisco, Amgen, and others have stated that the extra money will largely flow to the investment community through increasing dividends and stock buybacks. According to an S&P Dow Jones survey conducted in July of 302 companies surveyed, 65 percent said they planned to boost dividend payments, and 46 percent forecast share buybacks. This runs directly counter to the express desires of the American public, who have clearly emphasized that they believe workers should be the top priority for companies.

The CEOs of America’s largest companies should be investing in the long-term health of the U.S. economy. This means directing the extra cash flow back into improving business operations, working conditions, and local communities; raising wages to reduce dependency on the weakening social safety net; and developing business-led solutions to social and environmental stresses – not out of a sense of charity, but out of enlightened self-interest. Over the past twelve months, a diversified portfolio of the most just corporations in America generated over 250 basis points of excess return over their less just competitors, with lower volatility and risk, and higher margins and return on equity.

There have been some companies, such as AT&T, one of America’s Most JUST Companies in 2017, who have said that they plan to increase U.S. investment by $1 billion. As part of our 2018 research efforts, JUST Capital will monitor how companies spend the windfall and will seek to shed light on how their actions connect to wages, job creation, community and environmental impact, as well as other elements of just corporate behavior. Government leadership is putting companies in the driver’s seat of economic growth for the American public. And the American people have spoken, providing a clear direction in which they believe companies should head. But the question remains: will companies listen?