We’re coming up on the 50th anniversary of the essay in which Milton Friedman argued the only role a corporation had in society was to increase its profits. By the turn of the century, that idea became the accepted way of running a business – but, looking at where it’s led the United States, the majority of Americans are embracing an alternative, stakeholder capitalism.

Since 2015, JUST Capital has surveyed more than 96,000 Americans on what they believe U.S. companies should prioritize when it comes to just business behavior. For the past three years we found that four out of five Americans (79%) agree that employees don’t share enough in their companies’ success, and that a majority believes that companies prioritize their shareholders above both employees and customers. While we agree there is room for improvement, arguments in support of shareholder primacy, or against stakeholder capitalism, in the summer of 2020 are difficult to understand – since they are out of sync with the voice of the American public, institutional investors, shareholders, and corporations themselves.

In August 2019, The Business Roundtable (BRT). issued a groundbreaking new Statement on the Purpose of a Corporation that has shaped the dialogue around stakeholder capitalism over the past year. Shortly after, JUST Capital released its “Roadmap for Stakeholder Capitalism” and the results of our 2019 Survey, detailing the Issues and stakeholders the American public wants U.S. companies to prioritize most to restore declining trust and create an economy that works for all Americans.

The key takeaway? Across many demographics – liberal, conservative, high- income, low-income, men, women, millennials, and boomers – Americans placed worker-related issues like pay, benefits, and treatment at the heart of just business practices. They also prioritized customer treatment, community support, environmental protection, and shareholder return – aligning them overall with the BRT’s view that companies must serve all their stakeholders.

According to a recent OECD report on the makeup of the owners of global equities, “institutional investors hold 41% of global market capitalization, much of which is in the form of passive indexing.” Larry Fink – CEO of the world’s largest asset manager, BlackRock – has written extensively on the topic of stakeholder capitalism, stating “each company’s prospects for growth are inextricable from its ability to operate sustainably and serve its full set of stakeholders. … The importance of serving stakeholders and embracing purpose is becoming increasingly central to the way that companies understand their role in society.”

As JUST Capital stated in our response to the DOL’s proposed rule change for ESG in retirement plans, the American people are the ultimate beneficiaries of American companies, through their ownership in ERISA-sponsored plans, other retirement plans and ownership vehicles, and the final taxation and regulatory power of the U.S. Government.

Per the OECD, “14% of global stock market capitalization is held by the public sector. Either through direct government ownership or through sovereign wealth funds, public pension funds and state-owned enterprises. And in almost 10% of the world’s largest listed companies, the public sector holds more than 50% of the shares.” Those public pension fund beneficiaries are the type of average Americans JUST Capital is reaching with our polling efforts. The OECD goes on to say that “with public sector ownership at these levels, it will be important to consider how political priorities directly and indirectly influence corporate decisions as well as their economic effects on ultimate beneficiaries such as tax-payers and pensioners.”

During this summer of protests around racial equity and injustice, JUST Capital hosted a discussion with representatives from two of America’s largest pension funds, the New York City Employees’ Retirement System and the California State Teachers’ Retirement System (CalSTRS).   The conversation explored how many CEOs have responded with statements to support racial equality and commitments to improve their company’s efforts,  but focused on the fact that investors want to know if companies are going to “put their money where their mouth is.”

“When we talk to companies, they certainly like to tell us all the great stuff they are doing to promote diversity in their companies, but we have no way to evaluate that,” said panelist Michael Garland, assistant comptroller for corporate governance and responsible investment for the New York City Office of the Comptroller, which oversees the city’s pension funds. The comptroller recently sent letters on behalf of the city’s employees’, teachers’, and board of education funds to the CEOs of 67 S&P 100 companies that issued supportive statements on racial equality, calling on them to affirm their commitments with concrete action by publicly disclosing their annual EEO-1 Report data. “We have no way to tell what’s real and what’s not,” Garland said, “so give us the numbers so we can actually assess your performance.” Garland also explained it is in the companies self interest to disclose.

While public companies have adopted stakeholder capitalism to varying degrees, the research shows that it is already the norm. A July 2019 Stanford University study based on a survey of over 200 CEOs and CFOs of companies in the S&P 1500 Index, found that “CEOs and CFOs claim that stakeholder interests already play a considerable role in the management of their companies.” The report went on to show that “89 percent [of the CEOs and CFOs surveyed] believe it is important or very important to incorporate the considerations of these groups in their business planning; only three percent believe it is slightly or not at all important. Furthermore, most (77 percent) do not believe that shareholder interests are significantly more important than stakeholder interests.” The Stanford survey went on to say that only half of the CEOs and CFOs surveyed believe their stakeholders understand what the company does to meet their needs, suggesting they are doing the work but don’t believe they are getting the credit for their efforts.

JUST Capital looked at how the Business Roundtable signatories scored by our methodology.

For the 134 signatories that were included in our 2019 Rankings, we analyzed those companies across five stakeholder groups – including Workers, Customers, Communities, the Environment, and Shareholders. Here’s how these companies stack up:

You can see that the 134 Business Roundtable signatories are performing well above average when it comes to serving their stakeholders, except for Customers, where we are measuring issues like creating quality, safe products that do not harm health, the environment, or society, and protecting privacy.

Specifically, compared to other Russell 1000 peers not in the JUST 100, the Business Roundtable signatories perform:

Timed with the one-year anniversary of the Business Roundtable’s landmark redefinition of corporate purpose, JUST Capital asked the public how they believe companies are performing as they shift from a myopic focus on shareholders to better serving the needs of all stakeholders. Out of the 2,000 Americans surveyed; the majority (63%) believe large companies are doing well in “building an economy that allows each person to succeed through hard work and creativity.”  The overwhelming majority (90%) placed the onus on companies to “build an economy that works for all Americans.”

Versus last year, the results were encouraging, and represent progress –  58% believe that large, public companies are doing well walking the talk – by a margin of about 14 percentage points in the past year. As companies continue to invest internally and externally on implementing an approach that values all stakeholders, JUST Capital will continue to shine a light on their progress through our annual rankings in Forbes, investment products which feature top corporate performers by our methodology, and convenings celebrating profiles in leadership.

A “Great Reset” Is Far From Guaranteed 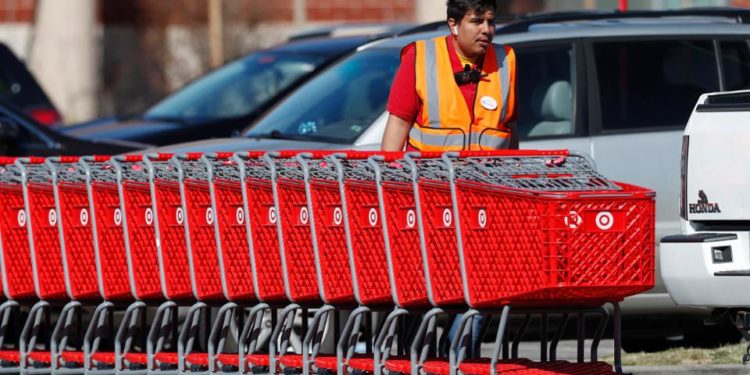 COVID-19 Is Changing How Businesses Behave. Will They Keep it Up?